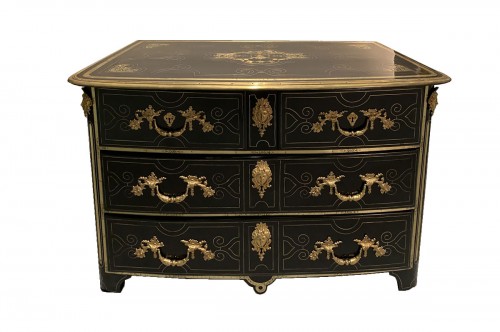 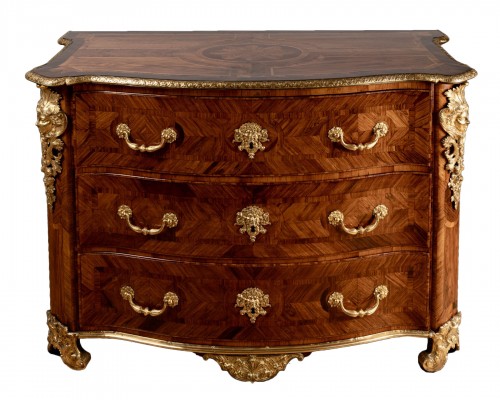 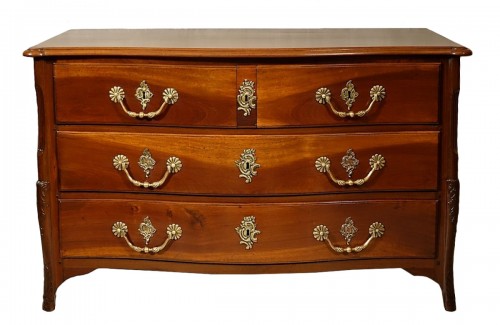 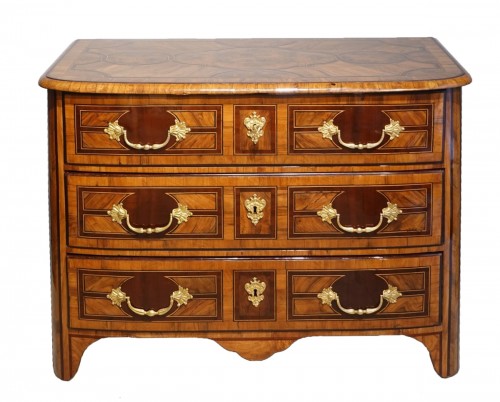 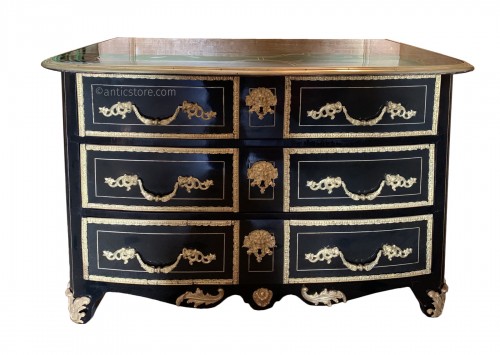 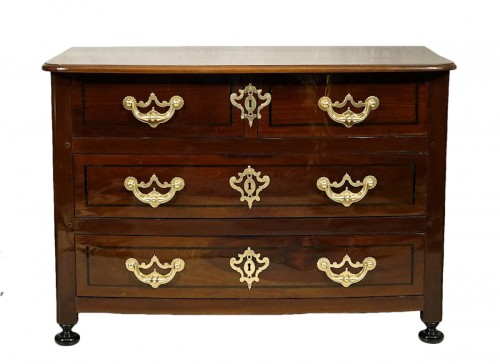 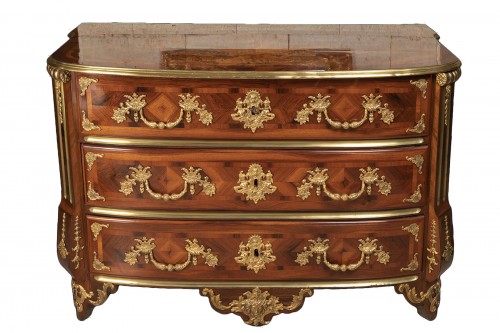 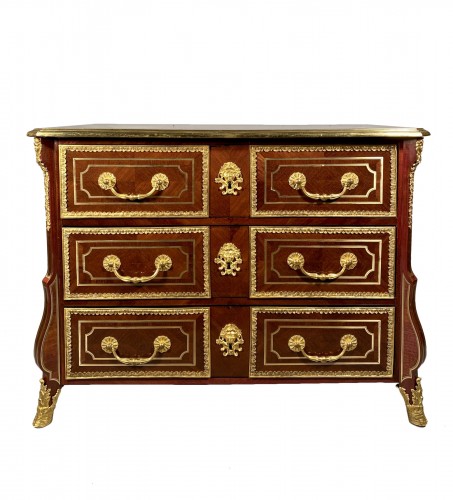 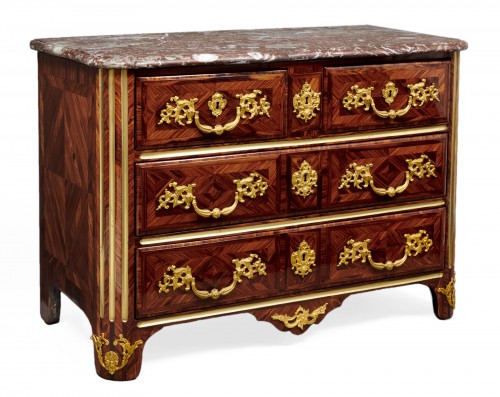 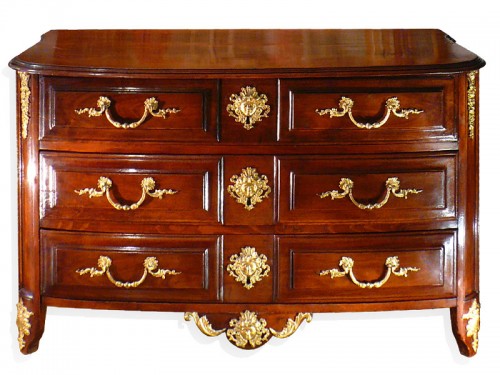 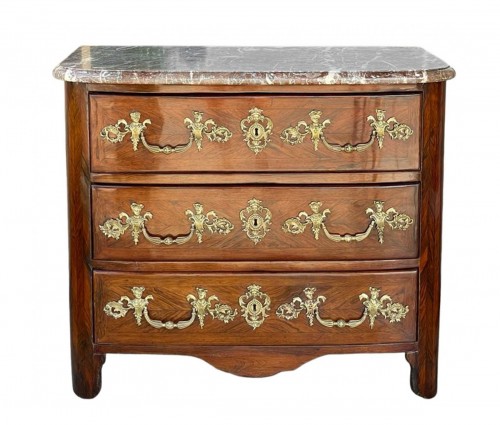 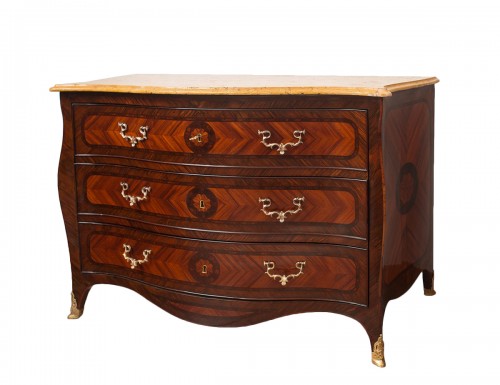 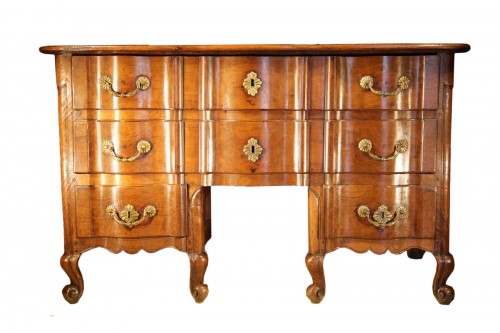 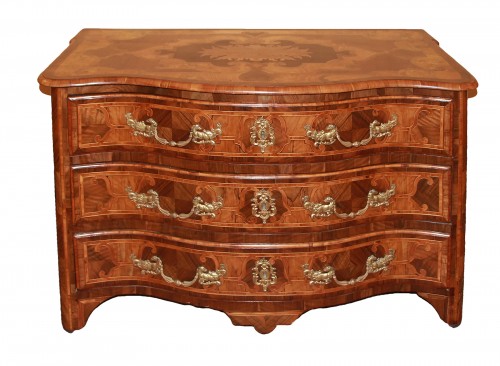 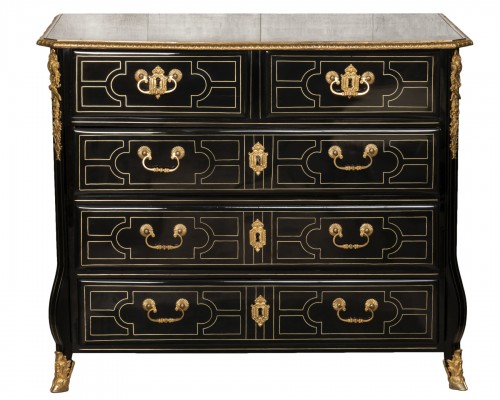 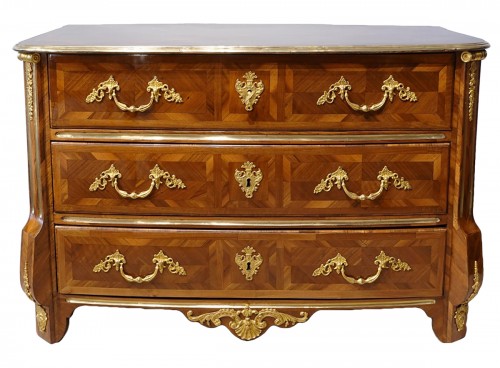 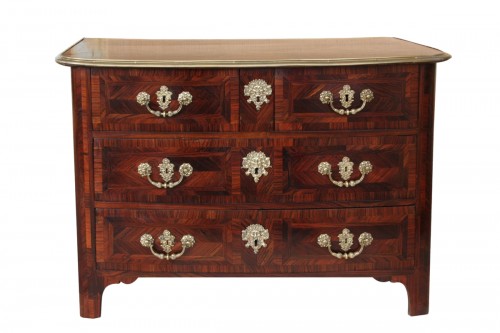 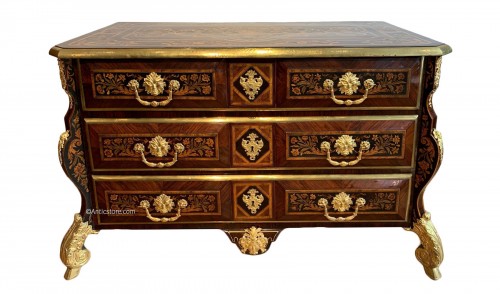 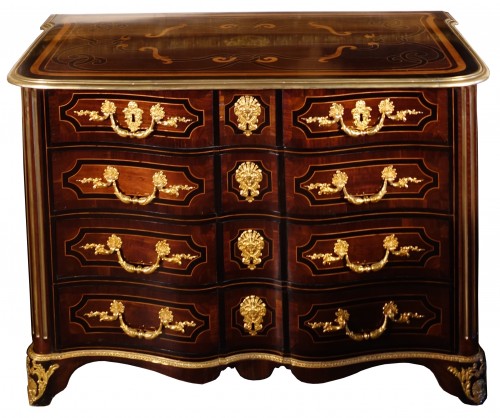 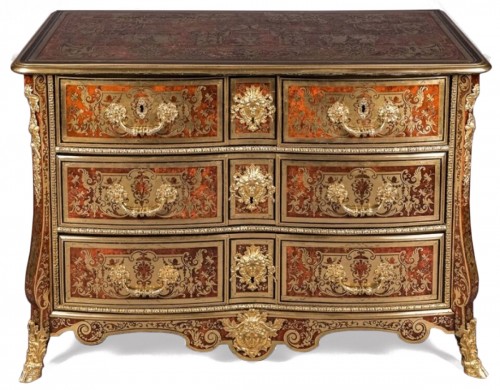 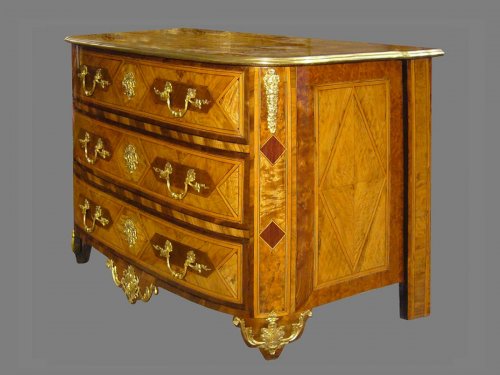 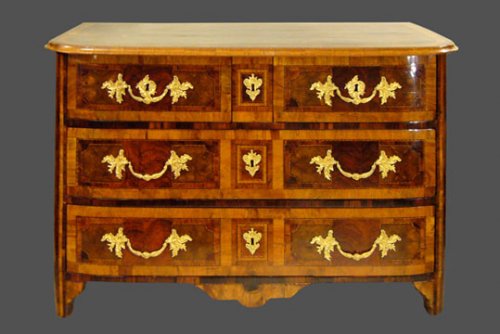 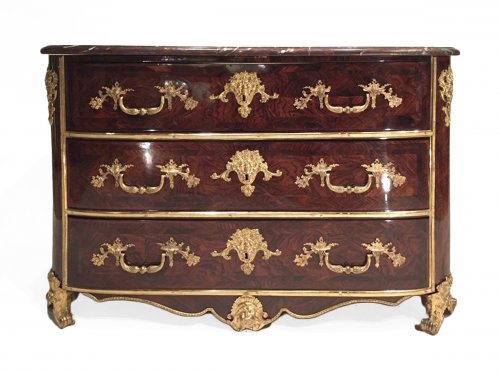 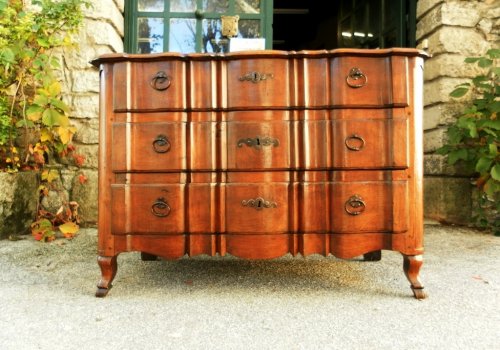 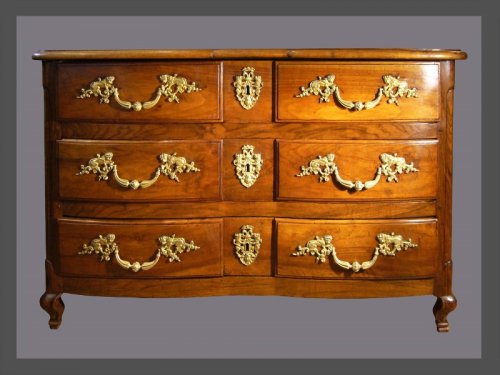 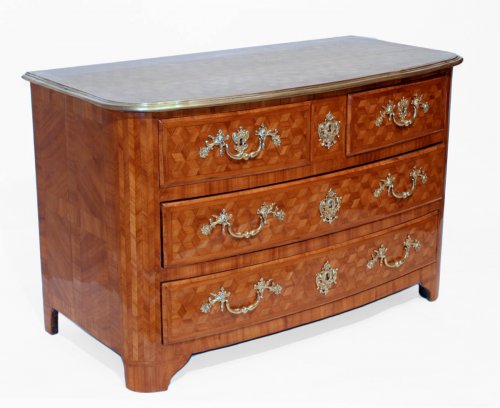 A Louis XIV chest of drawers 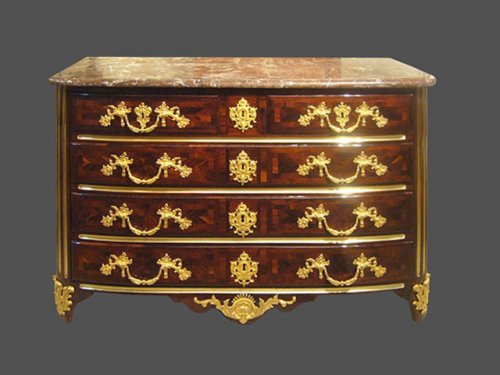 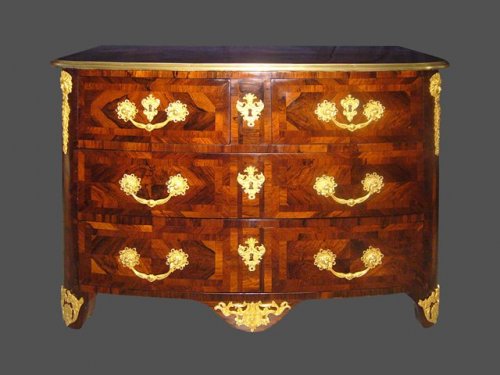 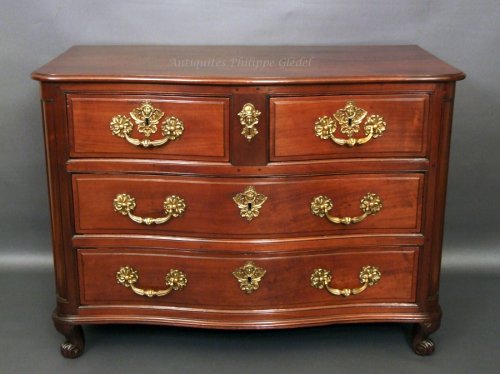 The Louis XIV commode  (Chest of Drawers) : birth of a cult object

Appearing at the end of the 17th century, the commode is an entirely new furniture piece. Amongst the most beautiful designs, we should note the "Boulle" commode, in tortoiseshell marquetry and brass enhanced with gilt bronzes, produced for King Louis XIV by André-Charles Boulle. The Louis XIV style is incontestably linked with Boulle marquetry.

If the first designs of the Louis XIV commode featured a rectilinear front, they would quickly evolve towards a lightly cinched shape, and eventually curve into a bow. The "Mazarine" commode is a design characterised by the shape of its bevelled-cornered legs. The plateau of the Louis XIV style commode, chiefly crafted of wood, can be richly marquetried and framed by a moulded edge.