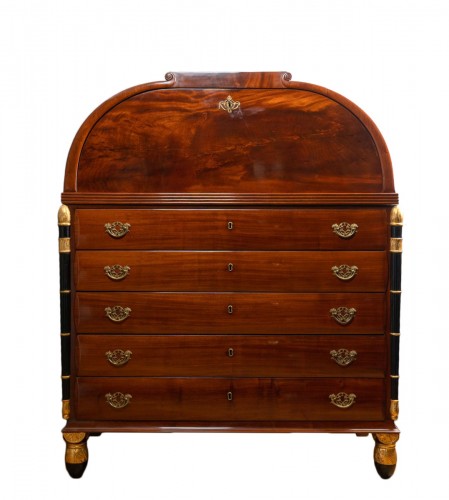 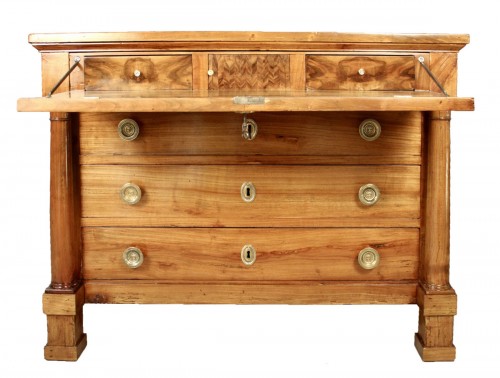 Empire chest of drawers with writing table in cherry wood 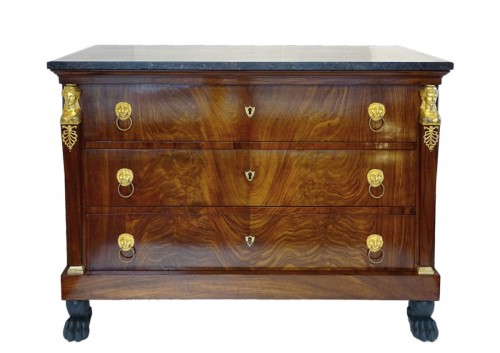 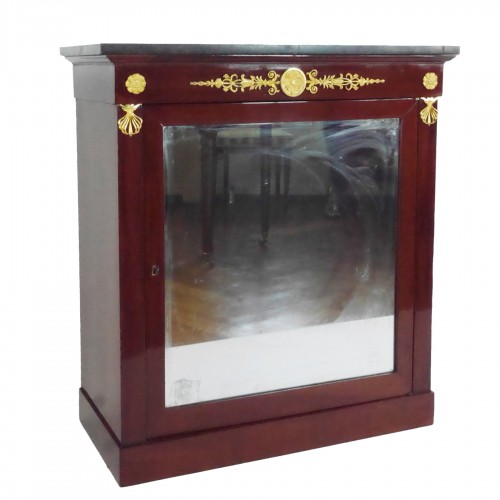 An Empire cupboard or chest 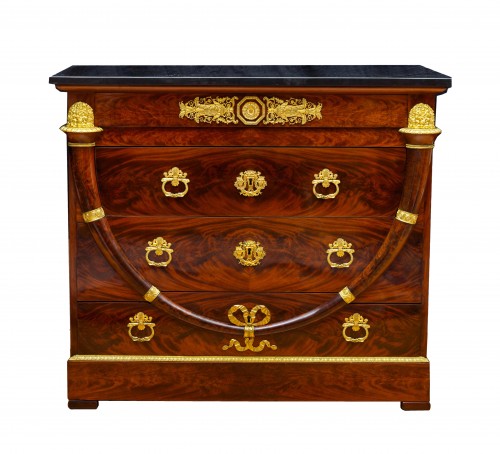 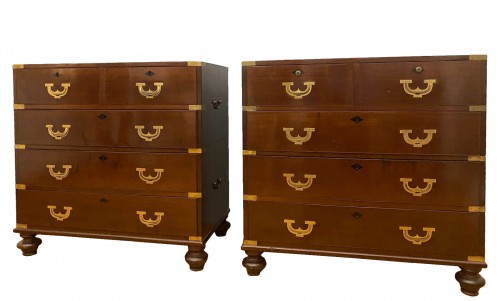 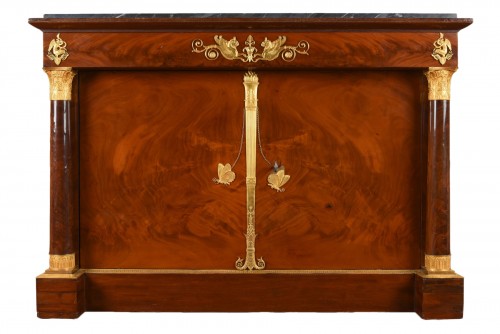 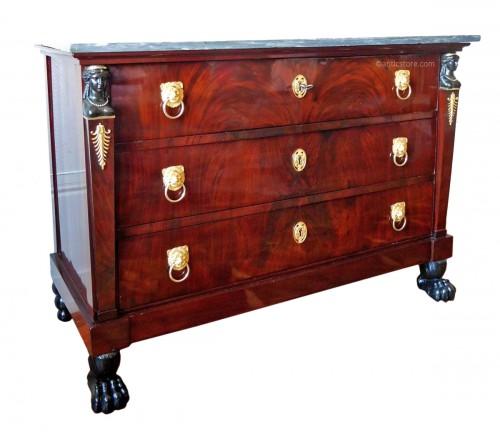 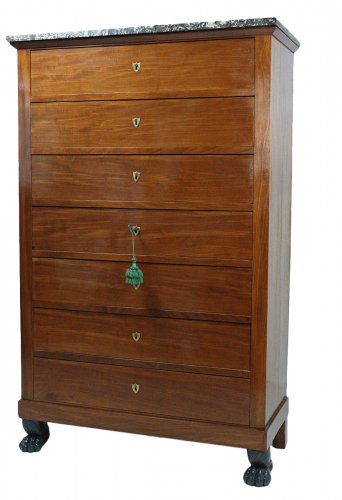 Tallboy of the Consulate period by Jean-Baptiste Gamichon 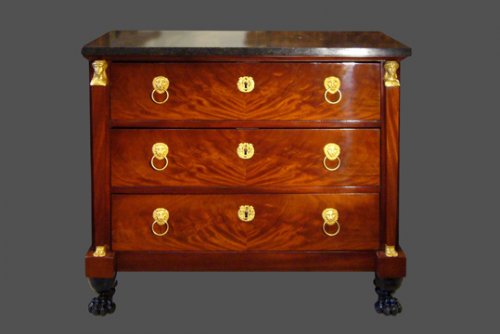 The Empire commode: A new aesthetic

The Empire commode is distinguished by its solid and quadrangular design. Under the Empire, the commode assumed a block-like look through its new form as a "commode à piétement" placed on a pedestal base. Imposing, it is most frequently opened onto three drawers, a fourth sometimes found in the belt. Its drawers are generally concealed behind two swing doors, which gives it the look of a buffet.

Topped with a marble plateau, the Empire commode calls to mind an ancient aesthetic with its legs in the shape of columns or pilasters surmounted by a bronze capital. During the Empire style period, the bronze was very light, reserved for locks, handles and the appliquéd belt. Its legs are very short and can end in claw feet.