Allegory of the four seasons of the early 18th century 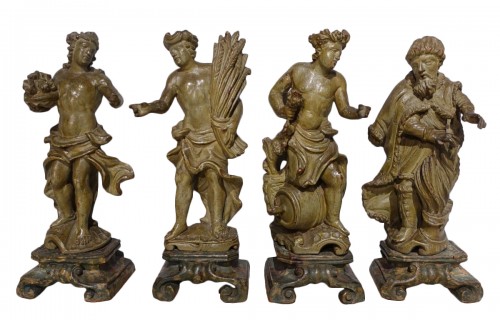 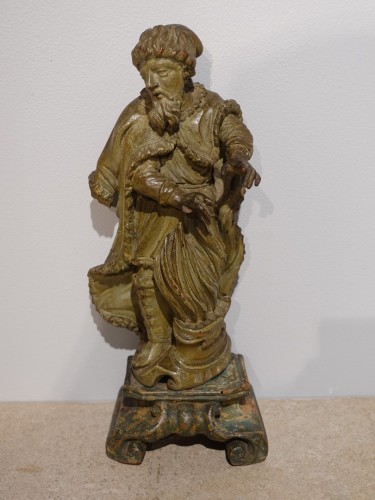 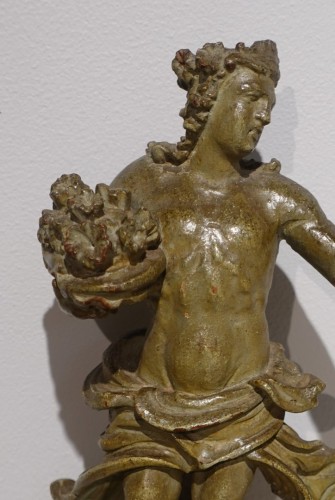 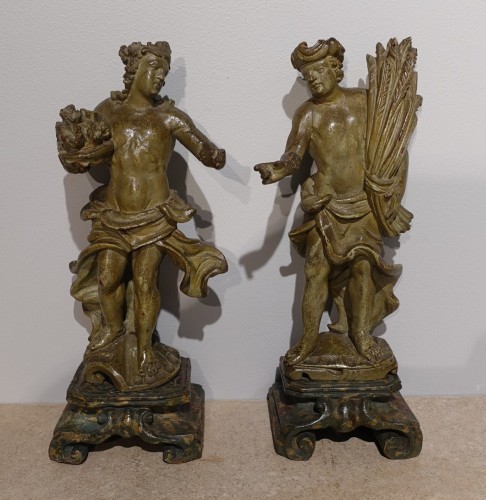 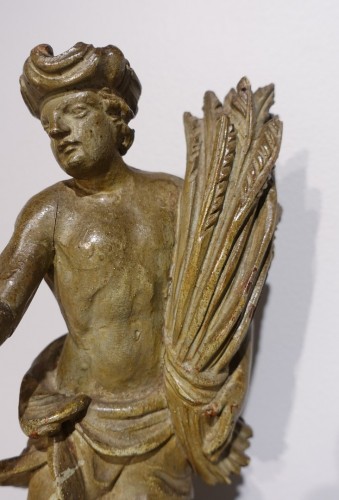 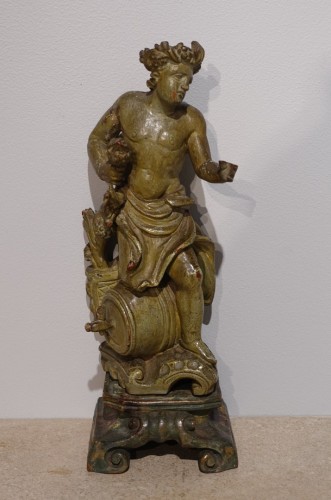 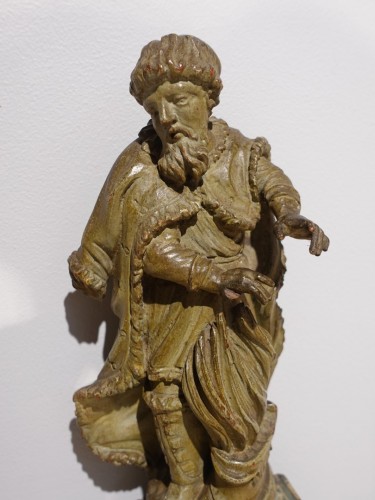 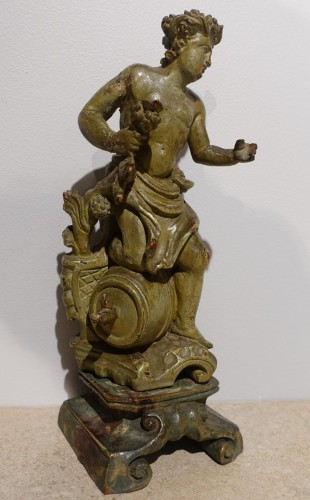 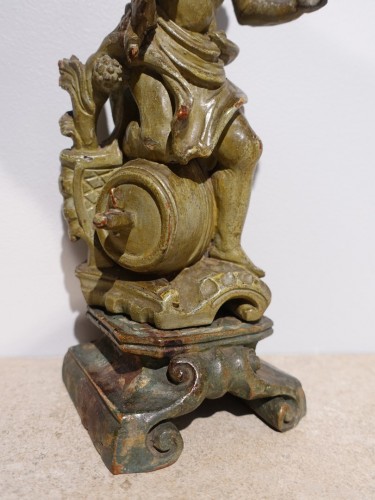 Our four figures in patinated lime represent the Allegory of the Four Seasons. They are accompanied by attributes characteristic of their season.
Each allegory, with the exception of winter, is embodied by a young man dressed in a simple drape over the hips emphasizing the grace of their bodies and revealing their shoulders.
Spring, carries in his right hand a cup of various flowers. The abundance of flowers underlines the renewal of plants during this most fertile season of the year.
Summer, very similar to Spring in its composition like a twin brother, holds a large sheaf of wheat, a symbol of peace, abundance and wealth, in his left hand.
While Autumn carries grapes in his right hand, and kneels on a large barrel of wine, thus referring to the harvest period.
Winter is represented by an older figure, echoing its symbolism of old age. It is also the only one of the four allegories to be warmly dressed in a cloak, shod and headdress; The two hands of winter are stretched forward, above the flames, probably seeking a little warmth to warm up.
These four statuettes are elegantly placed on very pretty plinths in the Baroque style. 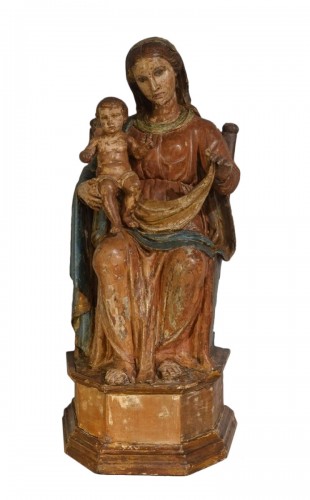 Virgin and Child in Majesty in polychrome wood, 17th century 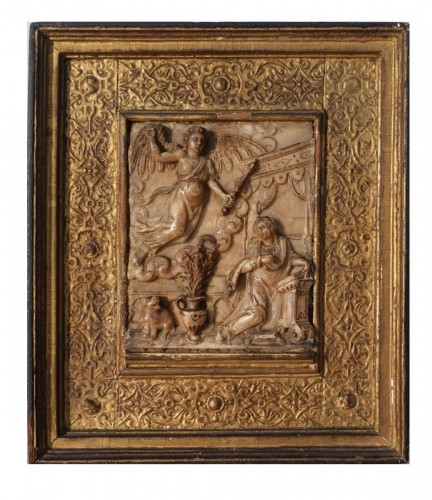 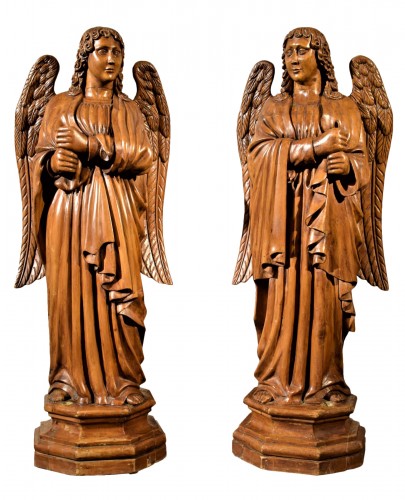 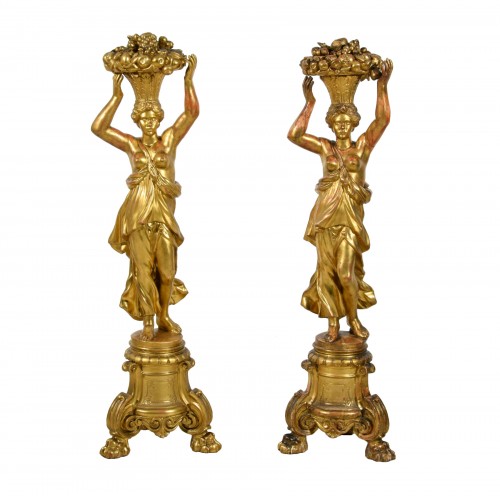 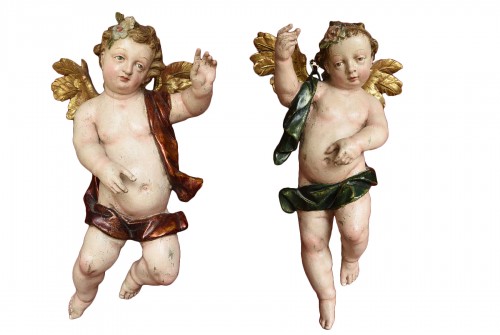 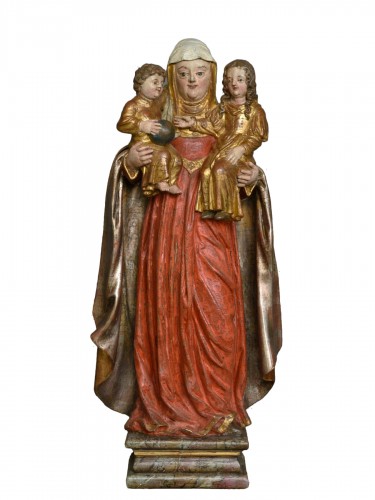 Madonna and Child with Saint Anne circa 1680 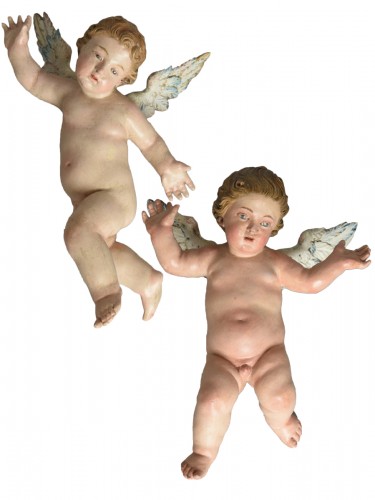 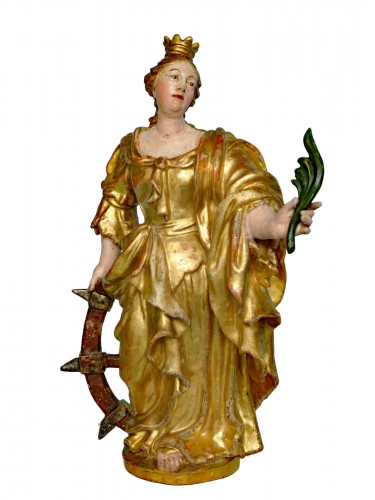