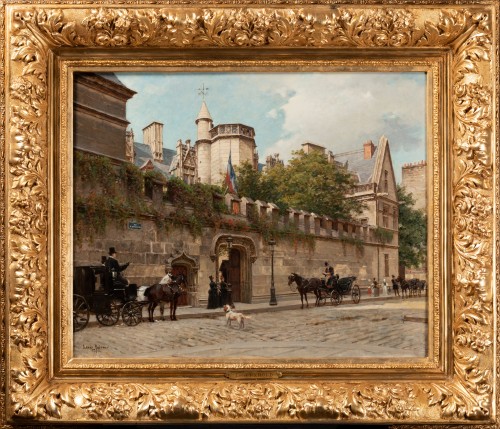 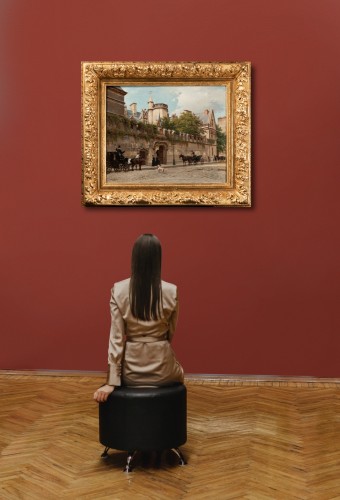 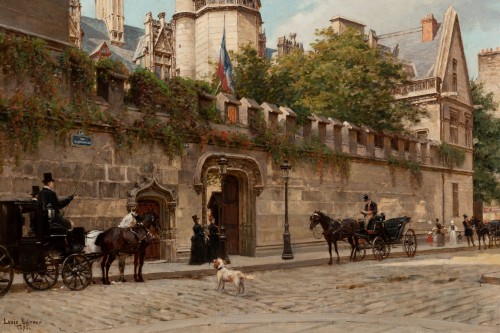 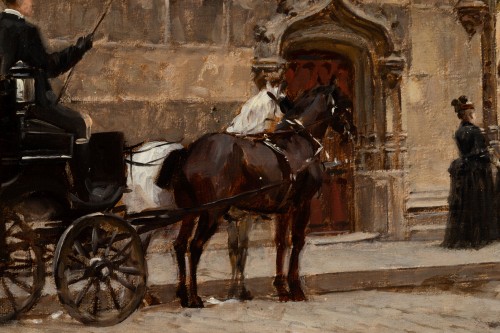 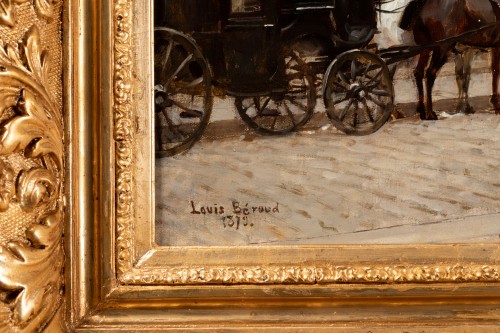 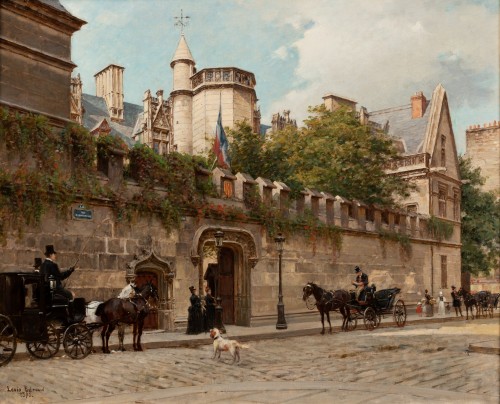 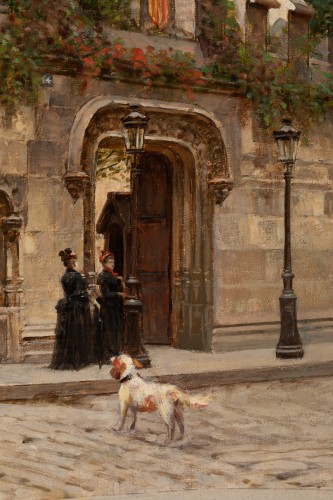 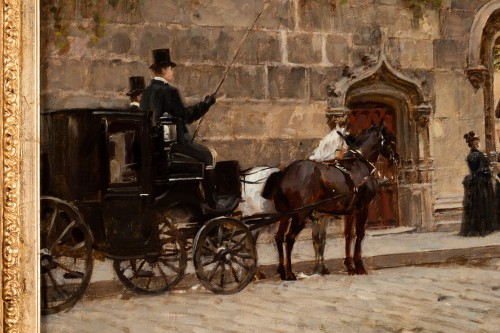 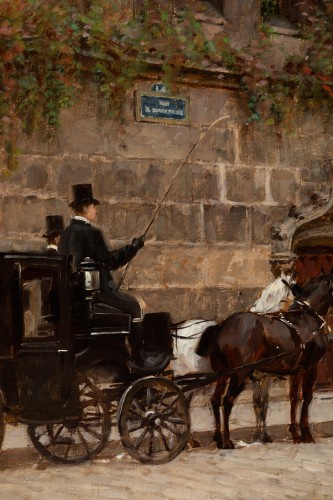 The representation is the famous Cluny Museum - National Museum of the Middle Ages in Paris by the talented Louis Béroud (1852-1930).

In 1833, Alexandre Du Sommerard, a counsellor at the Court of Auditors and an amateur with a passion for the Middle Ages, moved in and rented a few rooms from a printer to organize his collection of objects.
In 1843, the collection was bought by the State, which appointed his son Edmond Du Sommerard as the first director of the Musée des Thermes and the Hôtel de Cluny.

Today, the hotel is the oldest example of the architecture of private mansions built in Paris between the courtyard and the garden. It is in the flamboyant Gothic style with a U-shaped plan, consisting of a main building extended by two small wings at right angles to each other, delimiting a trapezoidal inner courtyard.

Louis Béroud (1852-1930) was a student of Léon Bonnat. From 1873 onwards, he exhibited at the Salon and was awarded an honorary medal in 1882. He also won the bronze medal at the Universal Exhibition of 1889 and 1900.
We find the painter in many museums such as the Louvre. 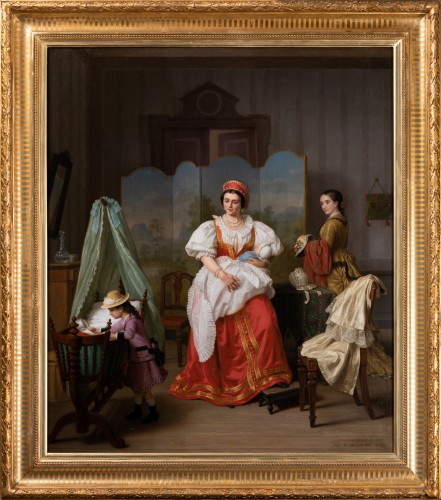 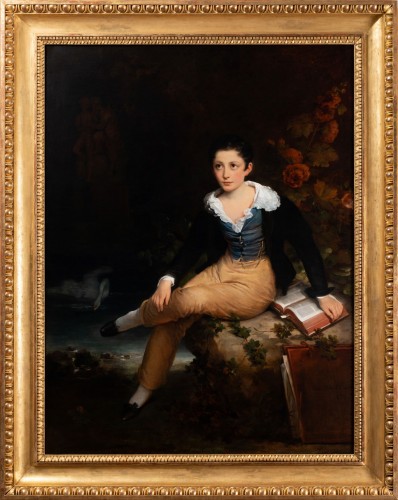 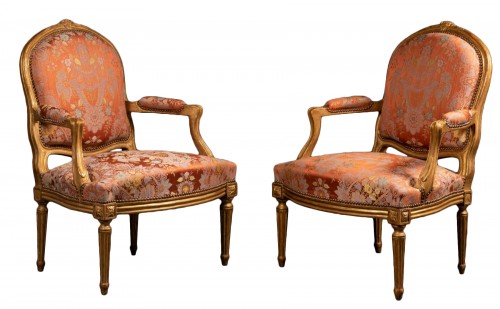