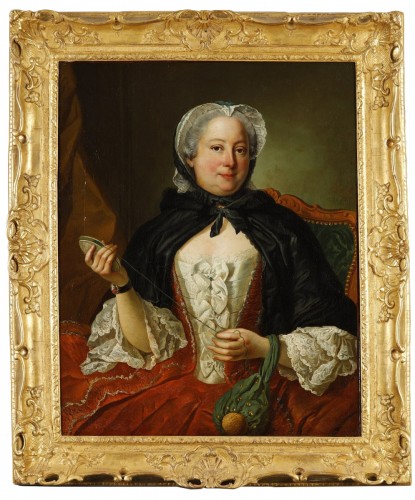 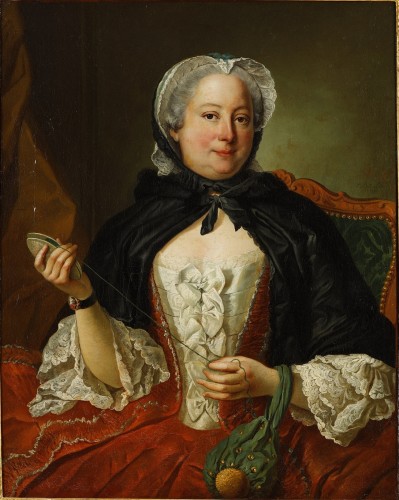 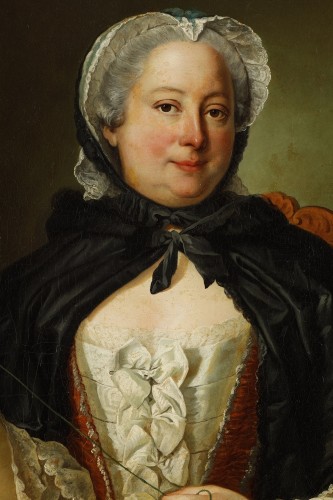 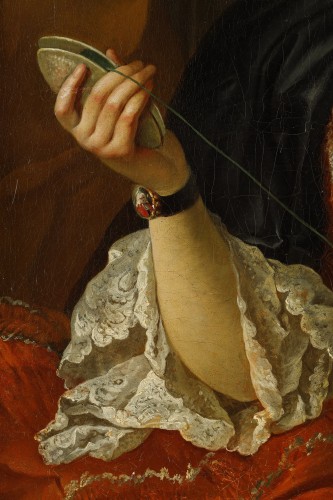 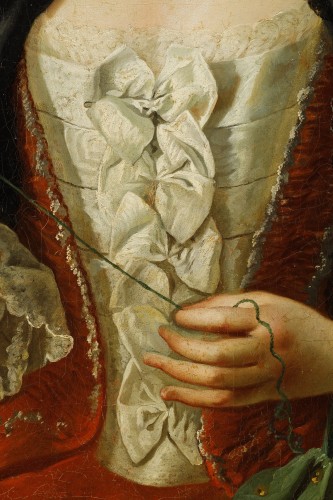 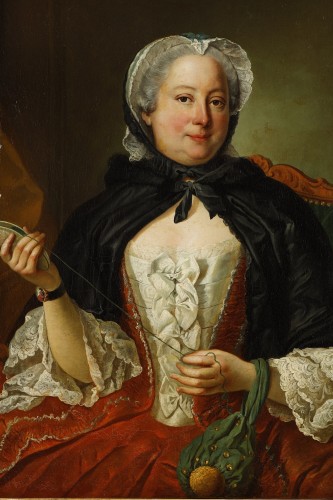 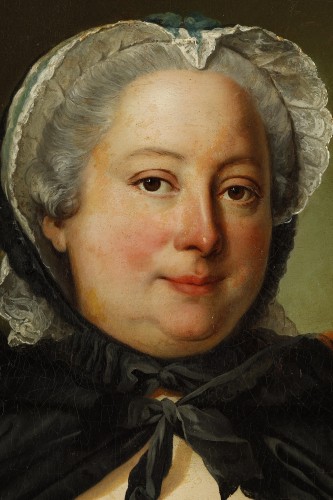 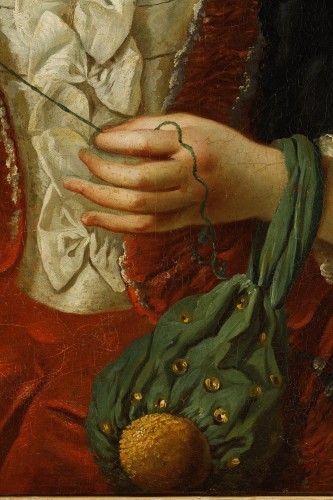 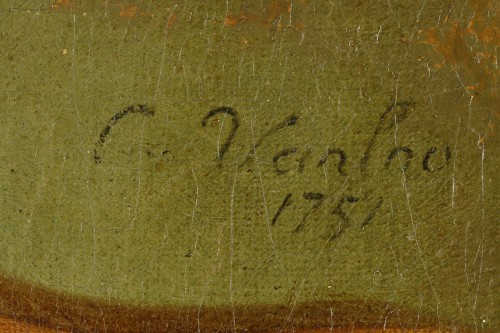 Charles André said Carle van Loo (Nice February 15, 1705 – Paris July 15, 1765)
Portrait of a woman holding a thread, a purse and wearing the portrait of a man on her wrist.
Oil on canvas signed C.VAN LOO and dated 1754 in the middle right.
Dimensions
91cm x 73cm L
with frame
112cm H x 93cm W
Carle van Loo, son of Louis van Loo and brother of Jean Baptiste, he was one of the most important painters of his time. He followed the courses of the Royal Academy from 1719 and obtained the first medal of Drawing in 1723 and the First Prize of painting in 1724. He then left for Rome accompanied by his two nephews (Louis-Michel and François) and François Boucher. Rewarded for his work by the pope who created him a knight, he returned to France in 1734 after having worked for the Prince of Savoy. He was approved by the Academy and received as academician on July 30, 1735. He held all the positions there, including director (June 25, 1763). In 1751, he received the cord of Saint Michael. Appointed first painter to the king in 1762, he received an order from him in 1764 for the dome of the Invalides. Death took him before he could fulfill his order. 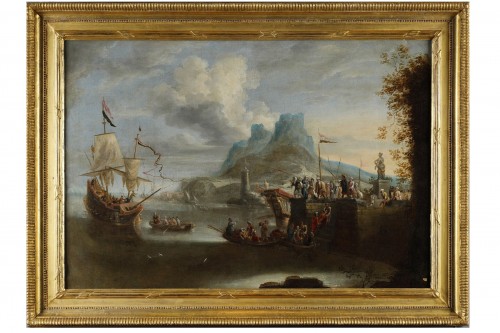 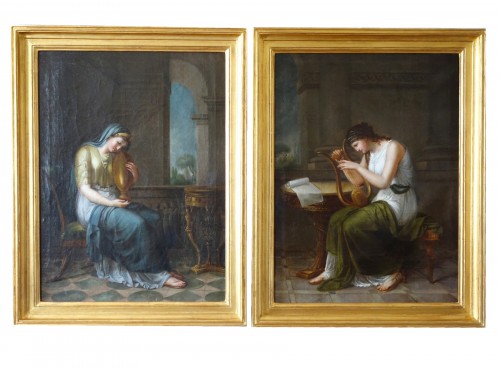 Pair of antique scenes Vestal and Muse, circa 1800 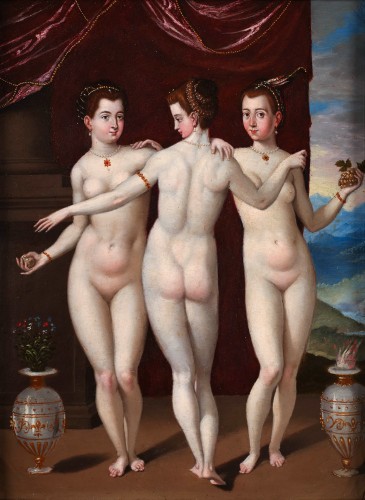 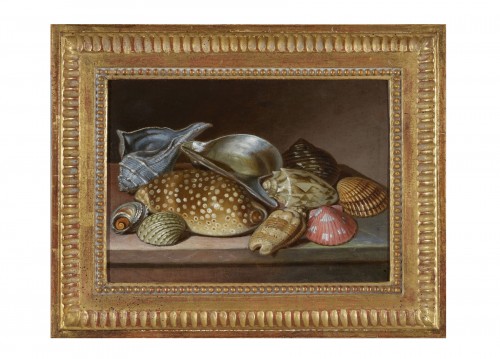