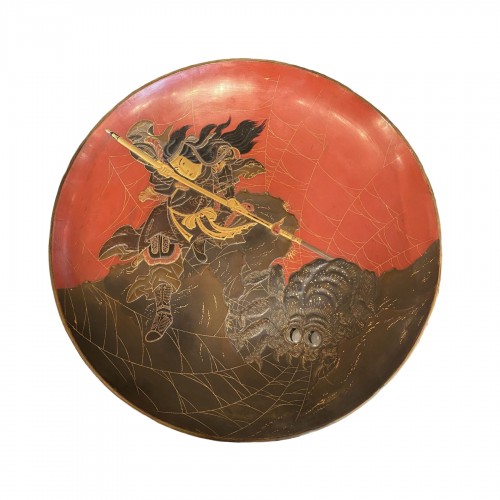 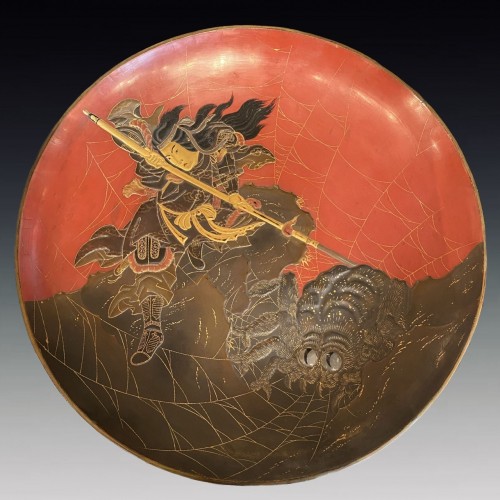 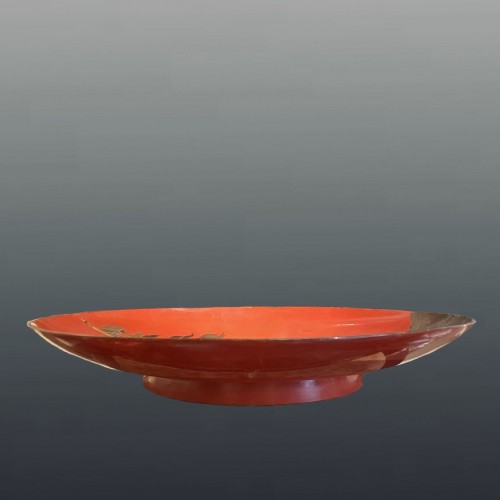 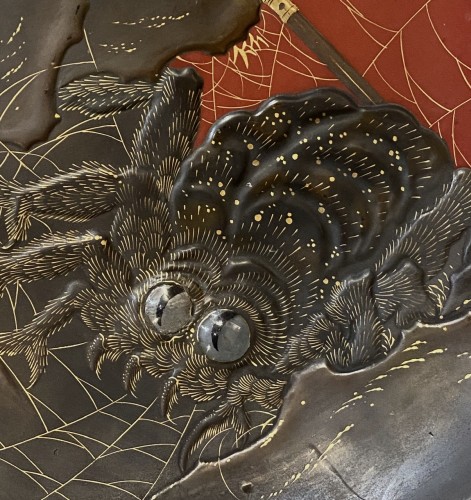 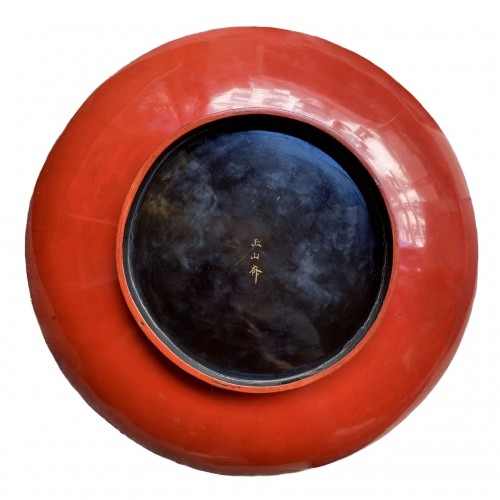 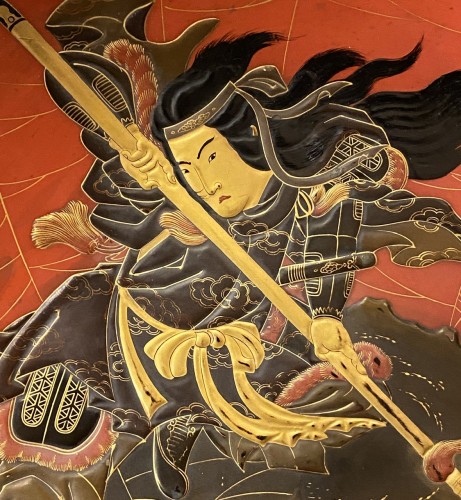 Japan, lacquer dish, Princess Kamigashi and the giant spider, Edo period, early 19th C.
This large lacquered dish represents Princess Kamigashi killing the giant spider.
The scene is inspired by a print by Tsukioka Settei (1710-87) which he produced in 1757.
Princess Kamigashi (Kamigashihime) is said to have lived during the time of Emperor Keik? (71-130). It is said that this woman of remarkable courage was attacked by 7 brigands. Popular legend seized on this victory, turning robbers into giant spiders.
The scene is made in Hira and Taka maki-e lacquer on a bright red background. The eyes of the spider are covered with a thin layer of glass.
The back is in black ro-iro lacquer in the center and red on the edge.
Signature Tamayama at the back.
Diameter 47 cm, Height 8 cm. 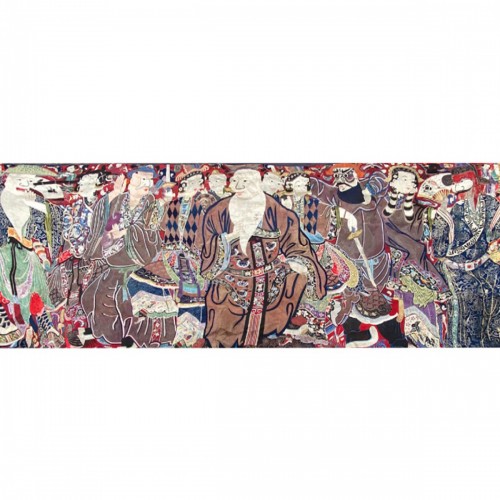 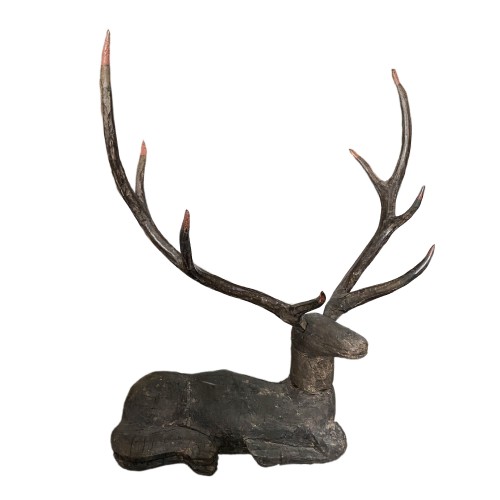 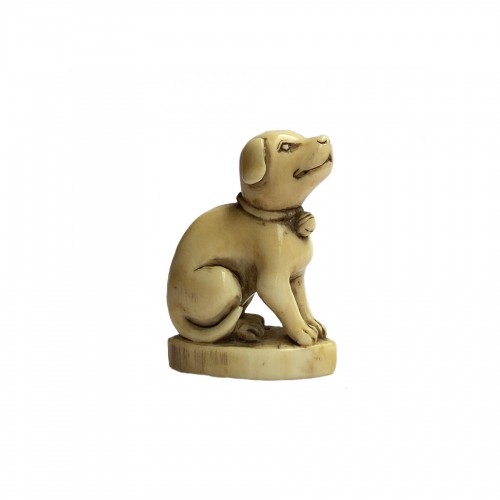 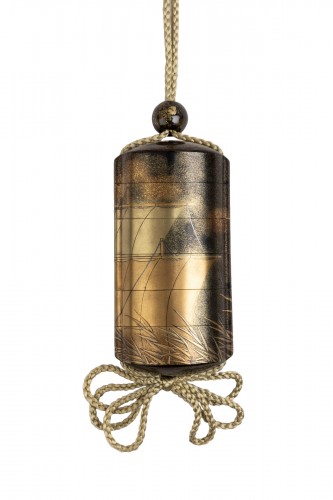 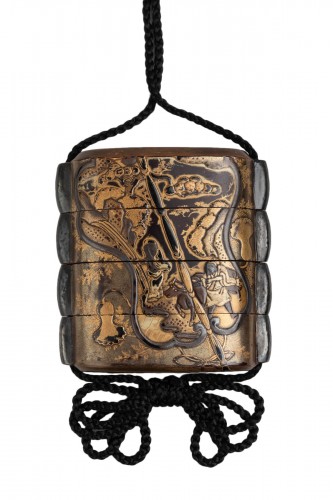 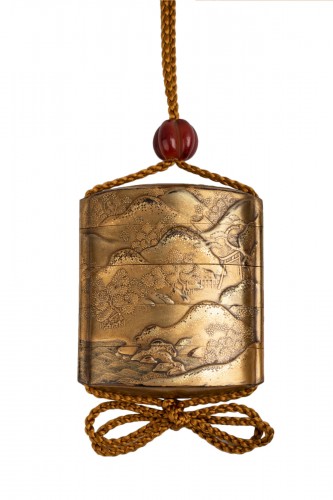 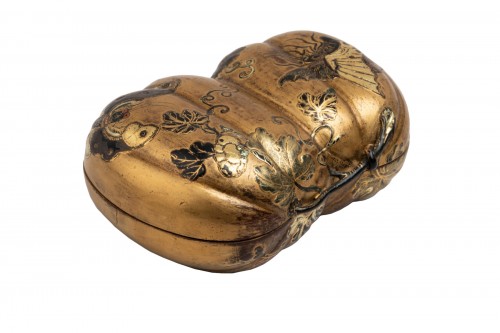 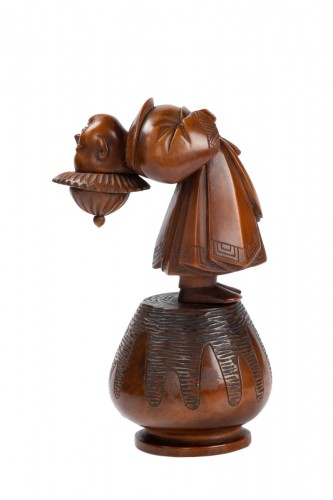 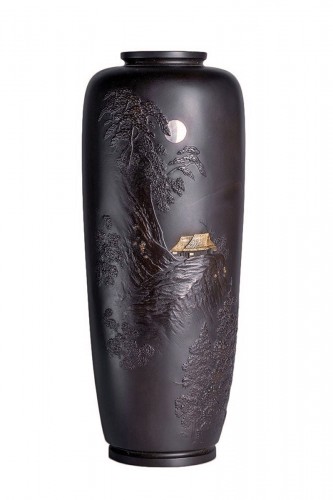