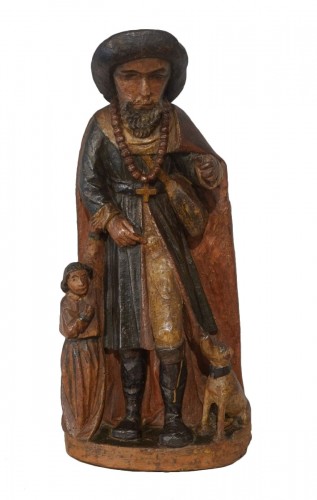 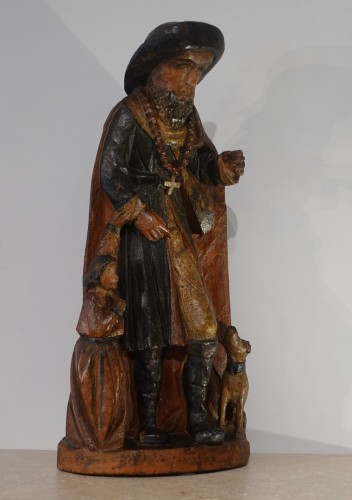 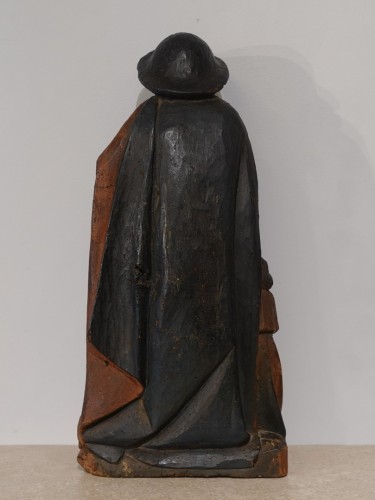 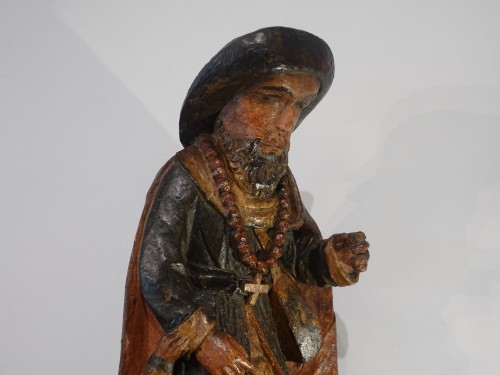 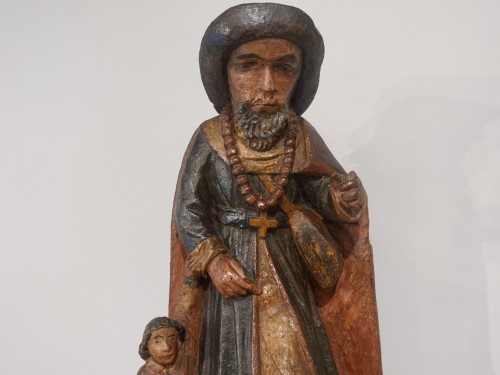 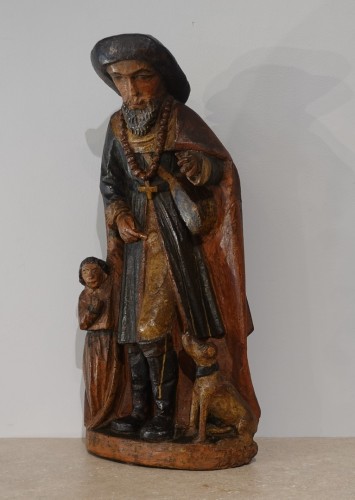 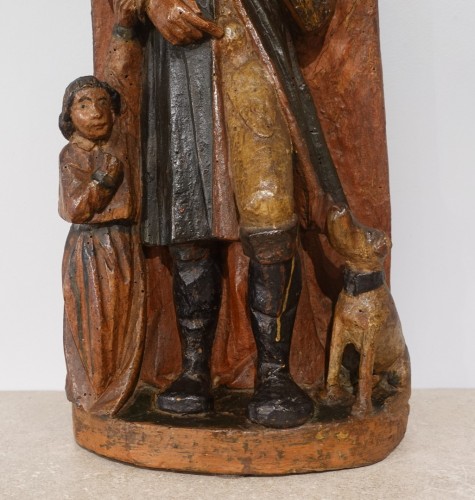 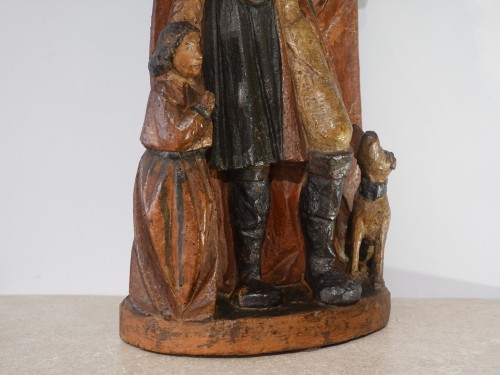 Charming polychrome group, from the 17th century, sculpted in the round representing Saint Roch.
All attributes of his legend are grouped on this group:
The Saint is standing, dressed as a pilgrim (hat, cape, bag, boots...). He is surrounded by a dog holding a piece of bread in its mouth and the angel who will come to heal him.
Soft facial expression in a collected attitude.

Life and Legend of Saint Roch
Born in Montpellier, Roch, son of a wealthy merchant, became a hermit and spent most of his life on pilgrimages. One of these takes him to Rome, where he stays for three years, from 1368 to 1371. On the way back, he is stricken with the plague. So as not to risk spreading the contagion, he retired to the depths of the woods, where he was fed by the dog of a lord who brought him bread stolen from his master's table every day. An angel comes to heal him.
Saint Roch is invoked against the plague. He is, among other corporations, the protector of the medical professions, animals, street pavers, carders, farmers and workers of the land...
cf: The Bible and the Saints - iconographic guide - Flammarion 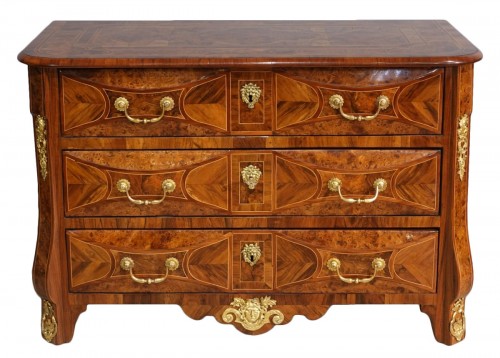 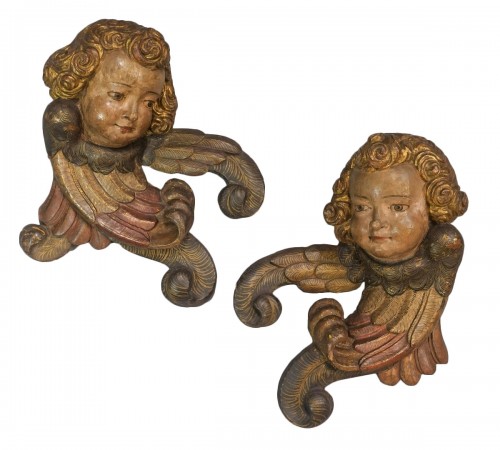 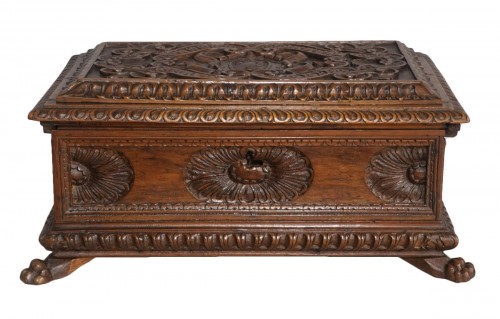 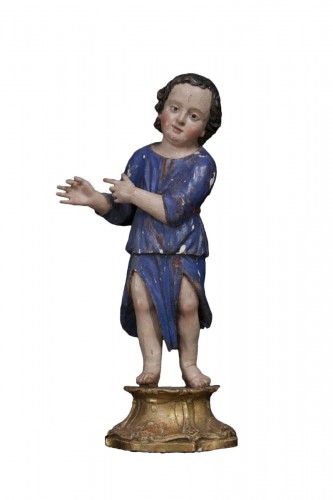 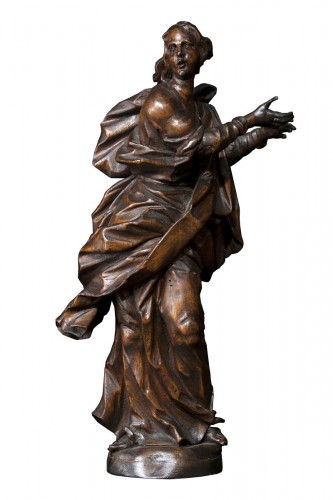 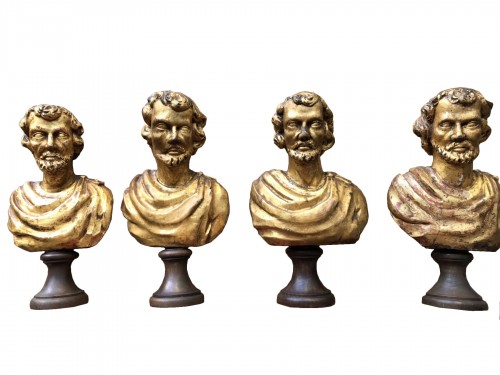 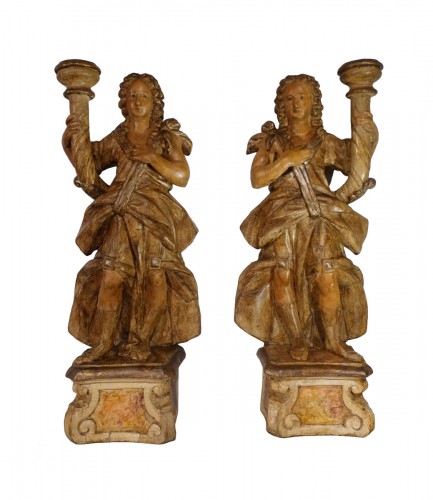 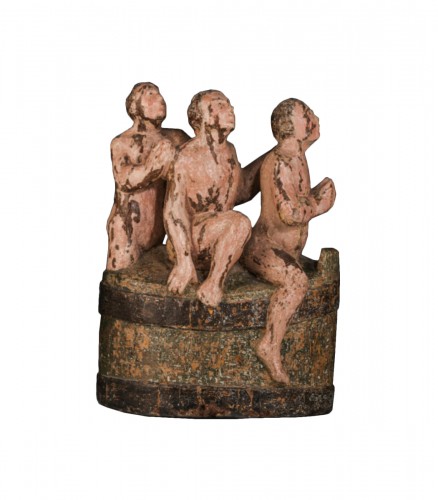