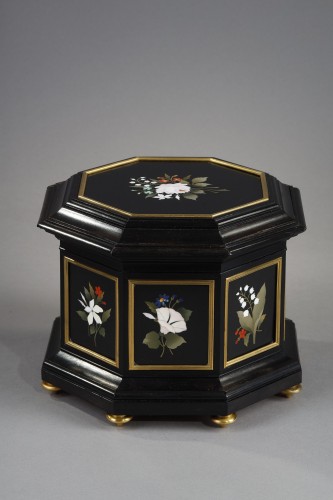 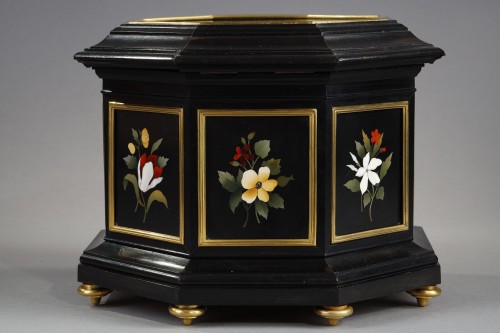 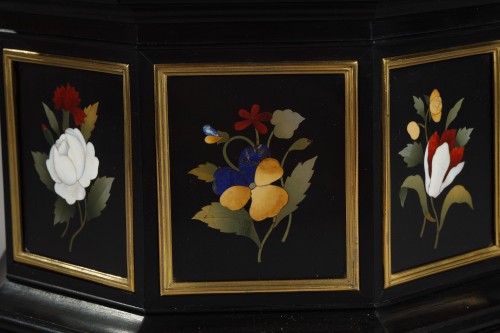 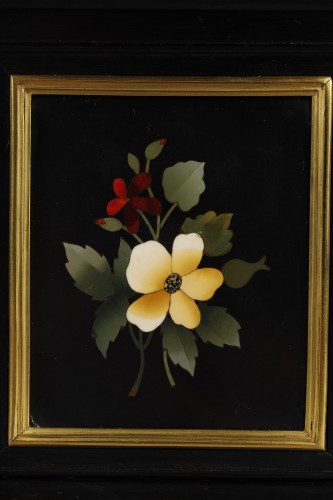 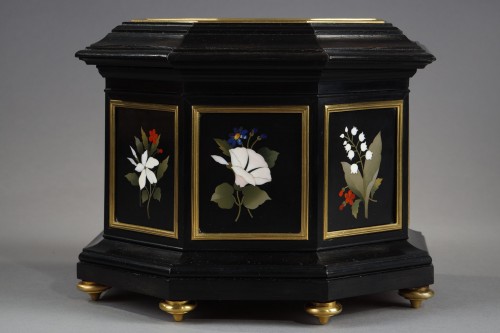 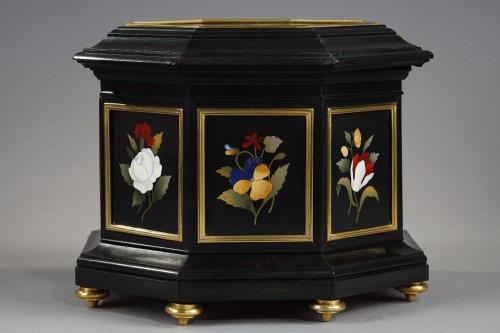 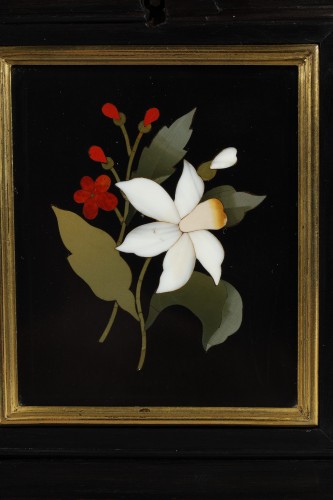 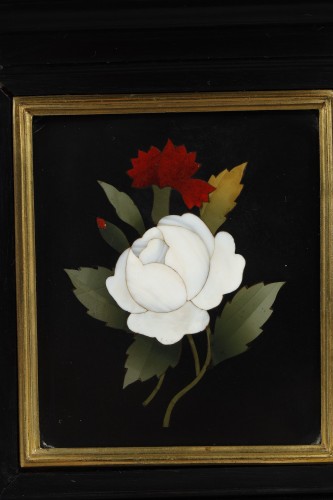 Exceptional octagonal box in blackened wood and set with pietra dura plates in a gilt bronze frame. The hinged lid is decorated with a large plate representing a bouquet composed of a rose, lily of the valley, forget-me-not and pansy. Each side of the box is decorated with a rectangular plate with a colourful floral composition. The interior is lined with red felt. Some wear from use.
This technique was developed in Florence under the influence of the Grand Dukes of Tuscany in the 16th century. It consists in cutting semi-precious stones such as lapis lazuli, agate, jasper...These finely cut stones are inserted in black marble like a marquetry and then polished. This technique has endured in the same way as that of mosaics. The aristocrats on their "Grand Tour" of Italy were sure to bring back souvenirs such as this exceptional box.
H: 5.90in. (15 cm) ; W: 7.48in. (19 cm).
Mid-19th century. 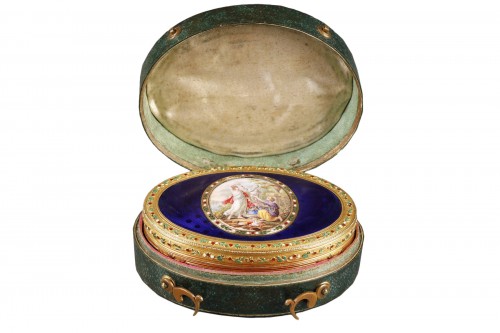 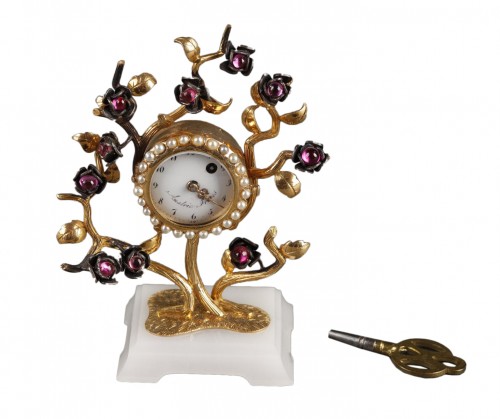 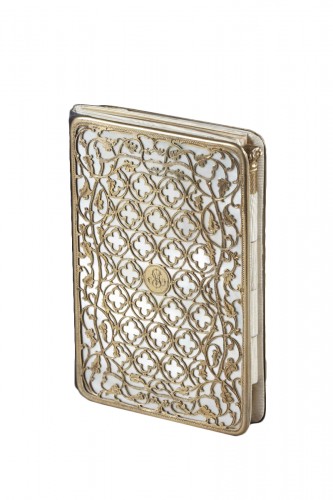 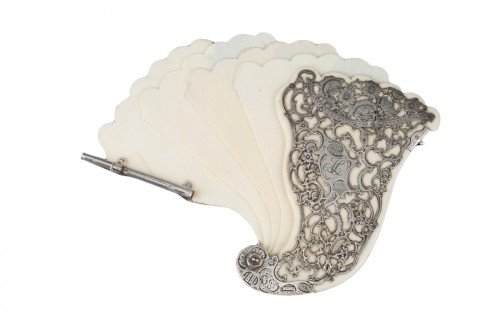 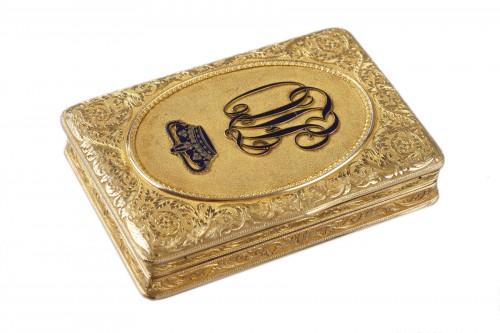