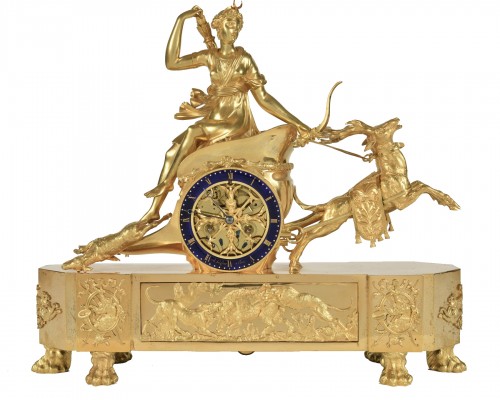 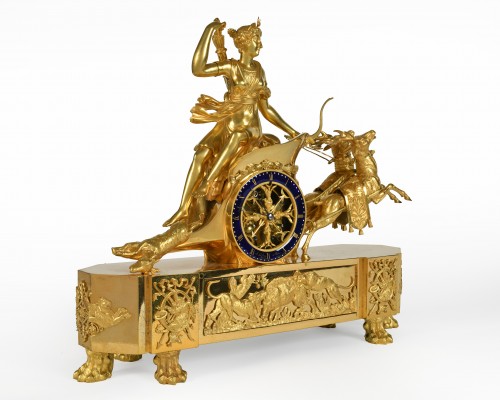 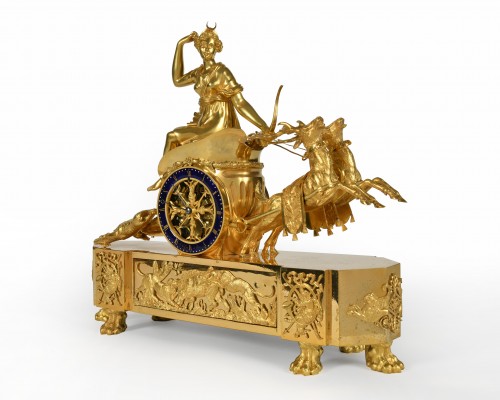 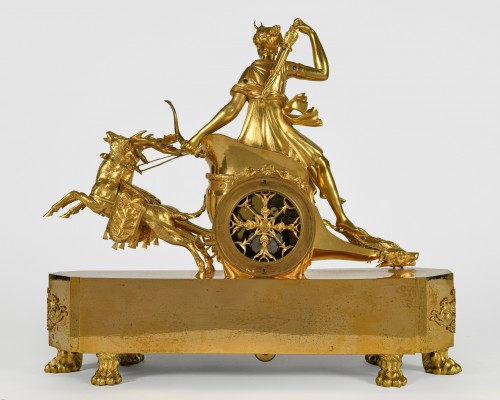 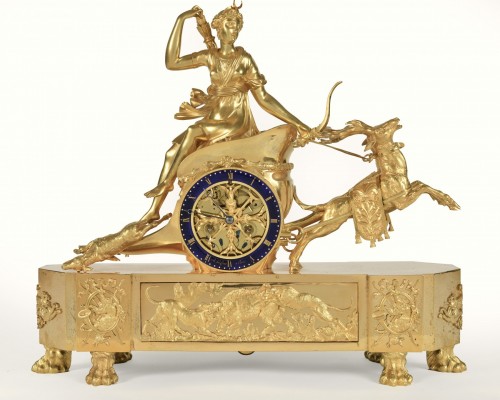 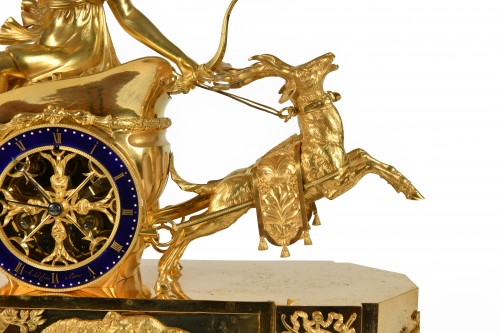 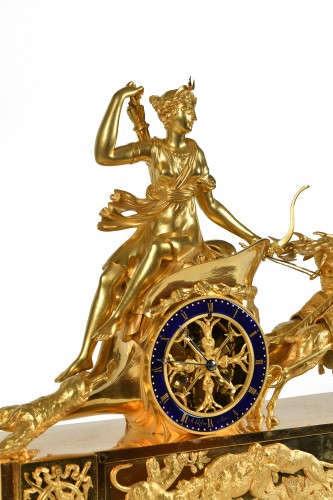 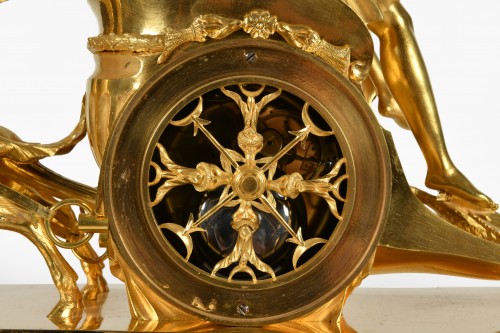 Important very finely chiseled and gilded bronze mantel clock "The chariot of Diana the huntress", the dial signed A. Lacroix in Paris, Empire period
In a case attributed to Antoine-André Ravrio
Paris, Empire period, circa 1805-1810
The enameled annular dial indicates the hours in Roman numerals and the minute graduations on its outer edge by two pierced bronze hands; it fits in the wheel of an "antique" chariot pulled by two deer in which sits Diana the Huntress about to shoot an arrow from her quiver and holding the reins in the other hand; at the back of the chariot, the goddess hung her last catch. The whole rests on an architectural base supported by six lion's legs with applique patterns representing wrapped trophies, diamonds centered with florets and flanked by palmettes or griffins and a central scene depicting a boar hunt.
H: 49 x W: 57 x D: 18 cm
Bibliography: P.Kjellberg, Encyclopédie de la pendule française, 1997, p, 419 ill ° G. 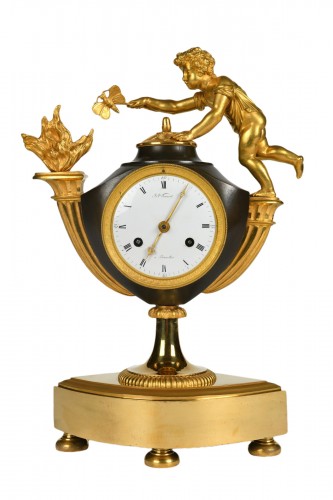 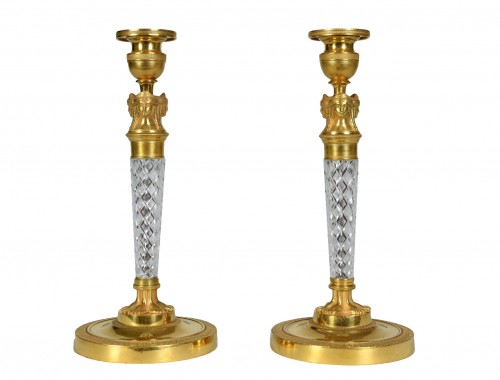 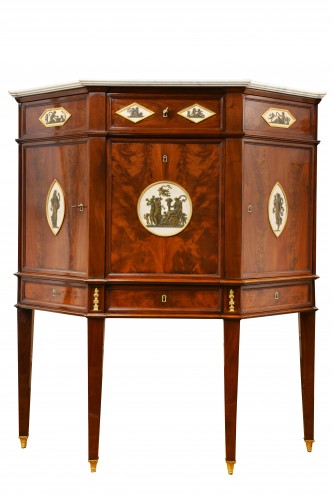 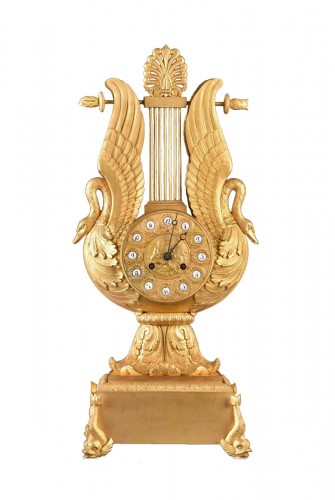 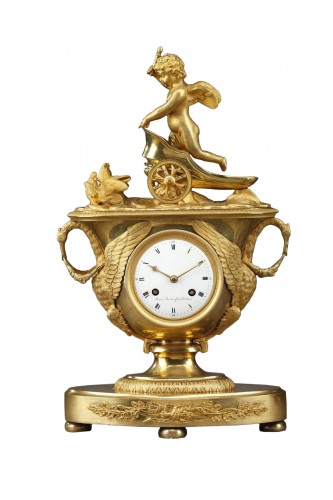 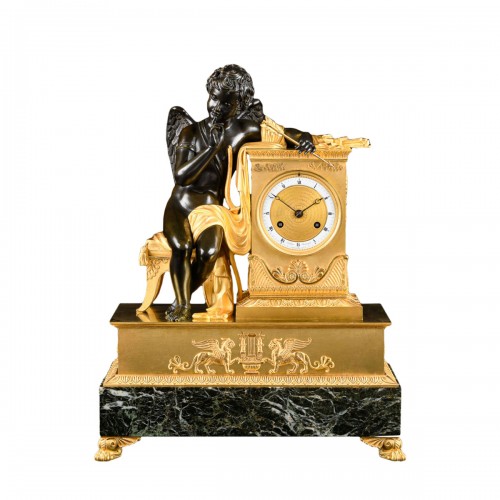 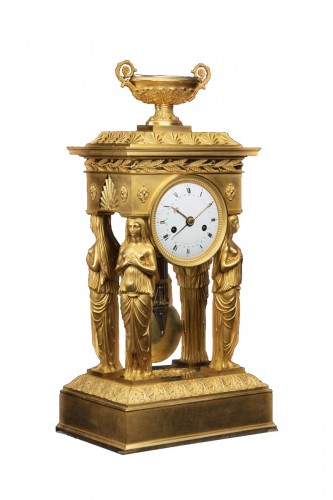