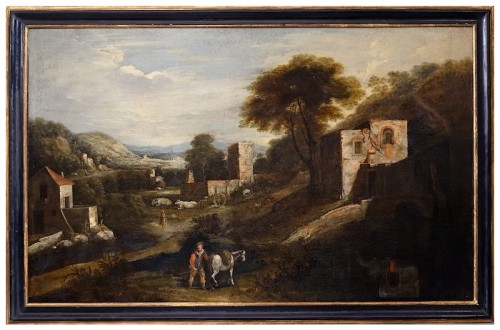 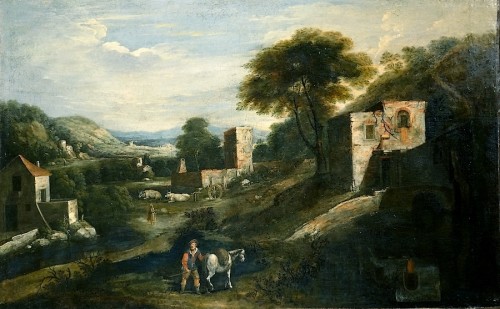 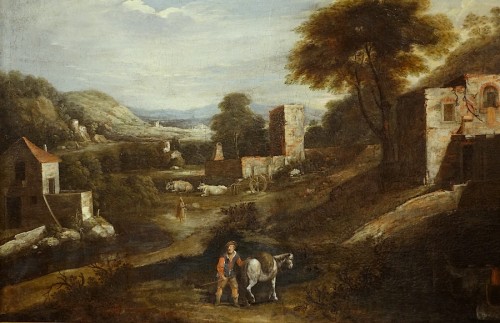 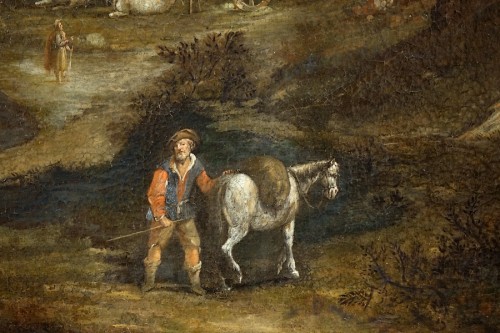 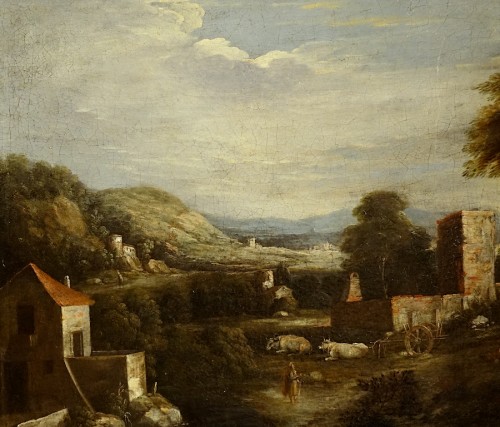 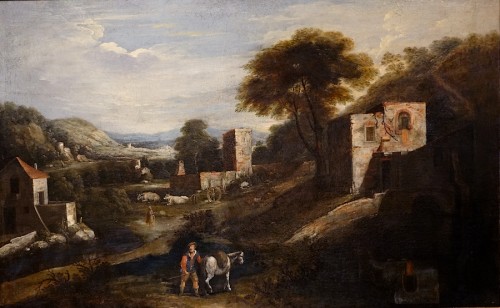 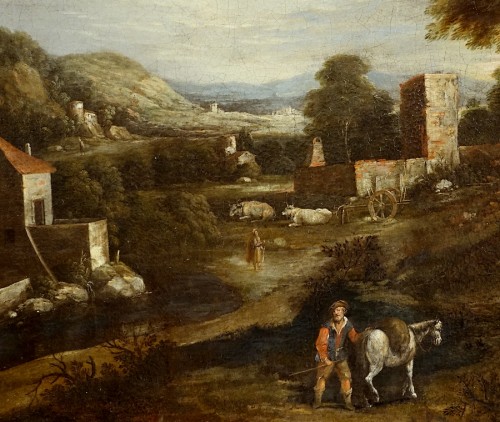 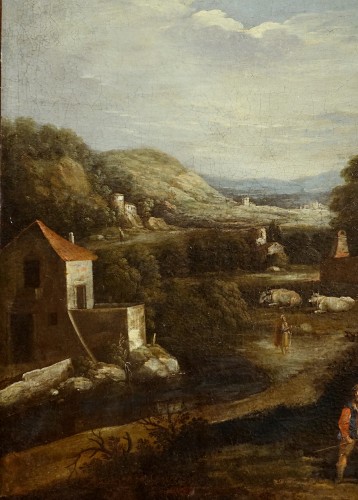 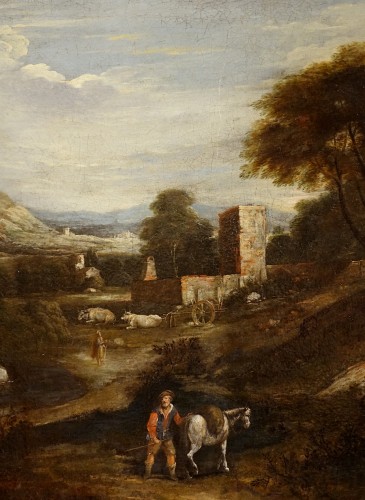 Born in Rome, he moved as a child with his family to Naples, where he began his career (1600-1613). He moved to Rome around 1614. He was influenced by the successful Flemish landscape painters in Italy such as Paul Bril, Gottfried Wals and Adam Elsheimer. He became one of the artistic protégés of Cardinal Del Monte.
In 1617, Cosimo II de Medici summoned him to Florence, where he worked closely with Jacques Callot. He held the position of court painter to the Medici family and was highly regarded for his original works rich in dramatic and nocturnal scenes. From notebooks, Filippo is known to have made hundreds of sketches of Tuscan landscapes and towns. After his return to Rome in 1621, he combined easel painting with fresco decorations depicting views of the countryside of the Lazio region with ancient Roman ruins. (Wikipedia documentation).

Pastoral landscape of Lazio with animated manufactures of characters and animals in a beautiful perspective.

Notes : If Napoletano is an Italian painter, he is one of those who were very influenced by the Flemish painters, and one feels particularly in this work that of his elder the great Flemish master Paul Bril (active in Rome around 1600).

Condition : Very good condition of the painting (a few small repaints) unglazed and glazed by our restorer. Presented in a black and gold Italian frame from the beginning of the 18th century. 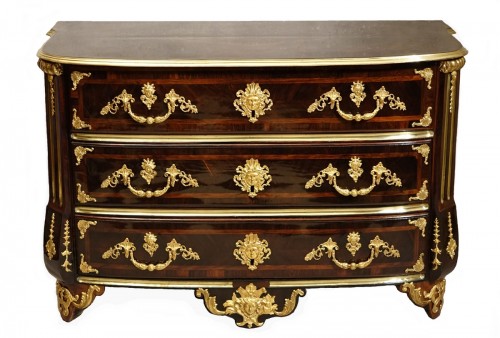 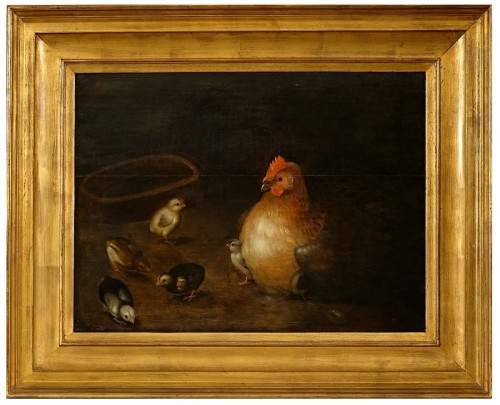 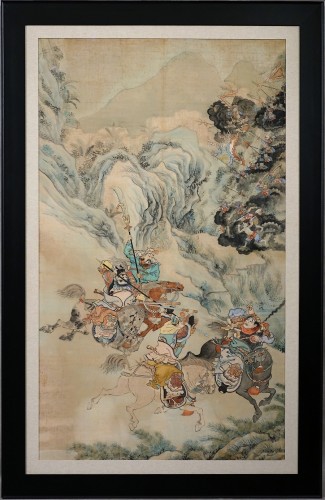 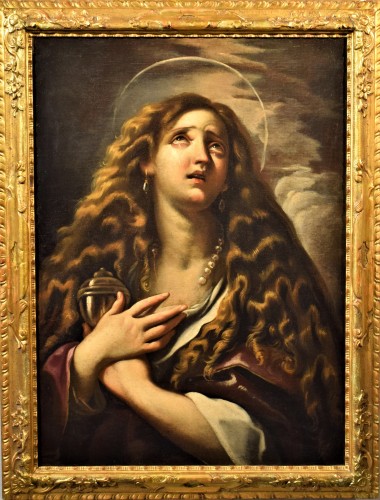 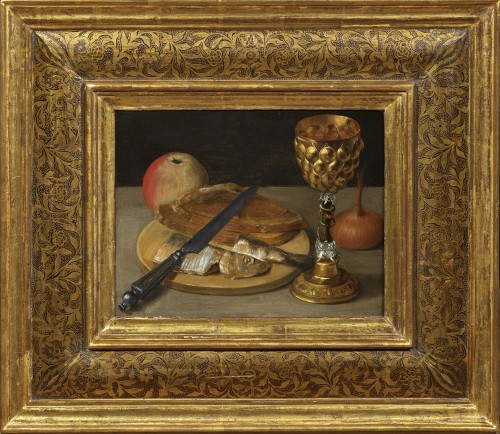 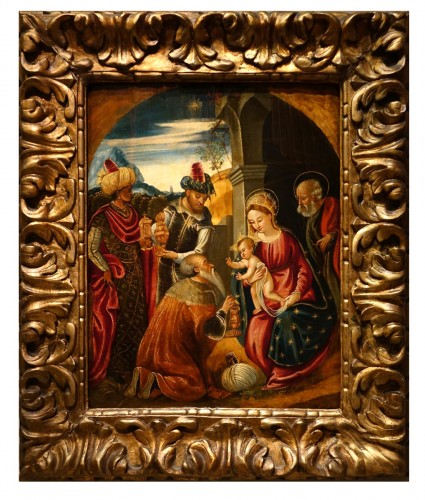