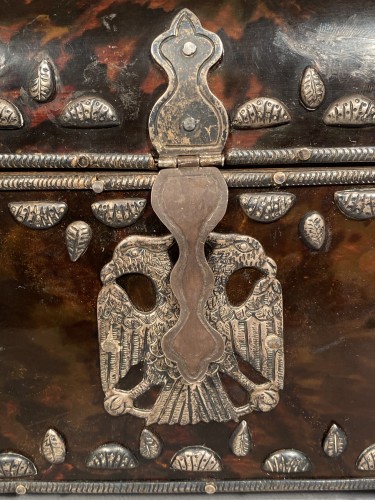 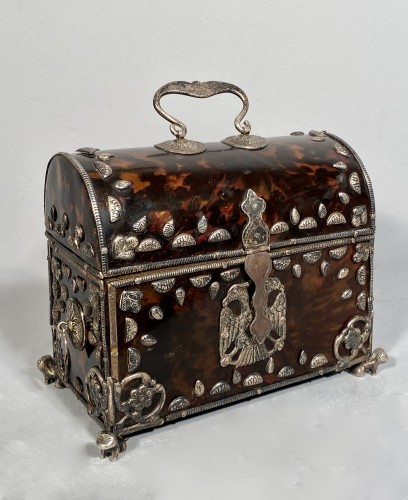 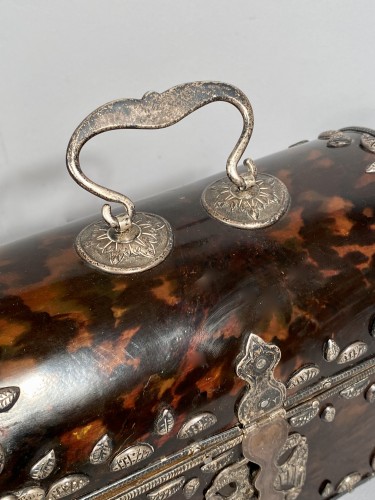 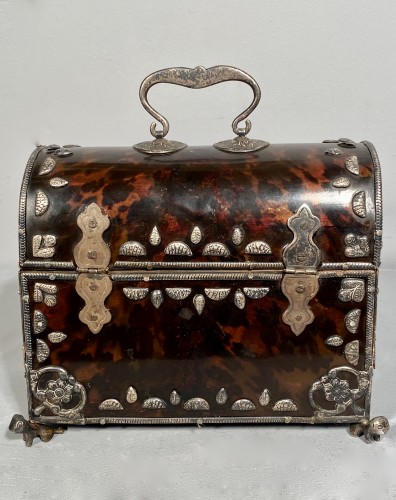 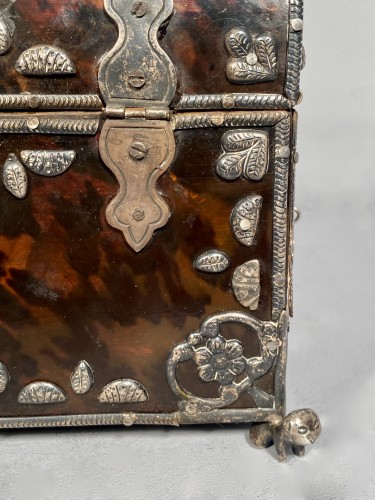 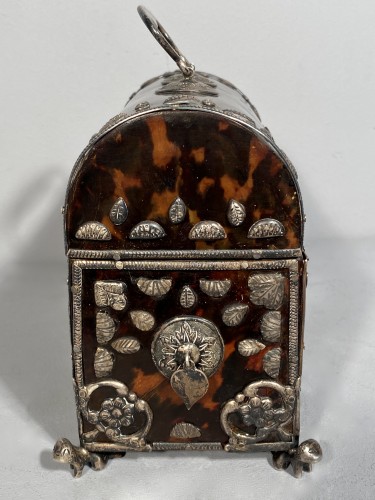 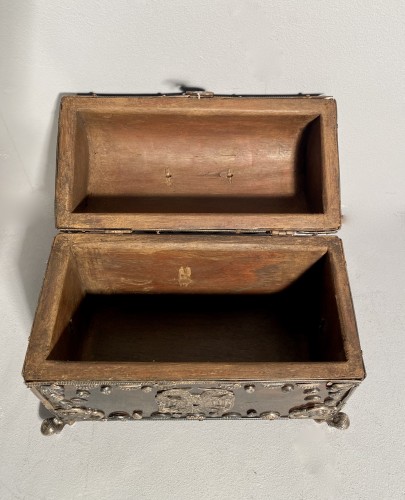 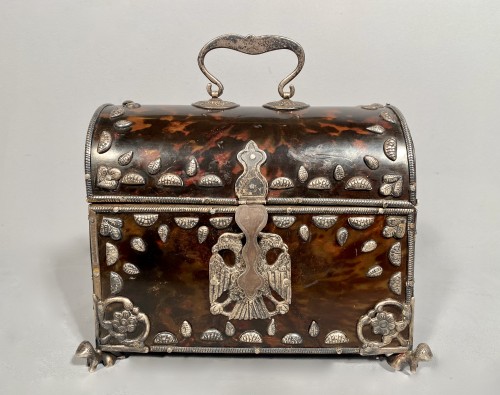 Rare small box of curved form in tortoiseshell veneer on a wooden core.
Rich solid silver trim, including feet simulating animals, carrying handle, twisted frames, hasp.
The silver lock entrance representing a double-headed eagle (coat of arms of the Habsburgs reigning over the Spanish monarchy and the possessions of the New World).

Our precious box is a very beautiful example of the indigenous craftsmanship of the American Pacific coast during the Spanish colonial period.
This production, reserved for a local elite, imitated the Indian boxes that were shipped to Europe by the Manila galleon.
The silver frames often represented lions, emblem of the Mughal empire and were sometimes replaced by local animals such as Jaguars.
This production with oriental influences was more or less the same in the regions of Lima and Mexico City so that today it is almost impossible to differentiate the two centers.
The naivety of these boxes, resulting from the work of the Indian populations, and their rarity give them a "popular art" character very much sought after by collectors. 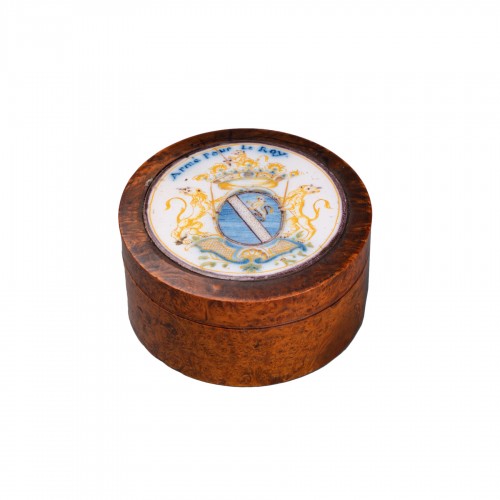 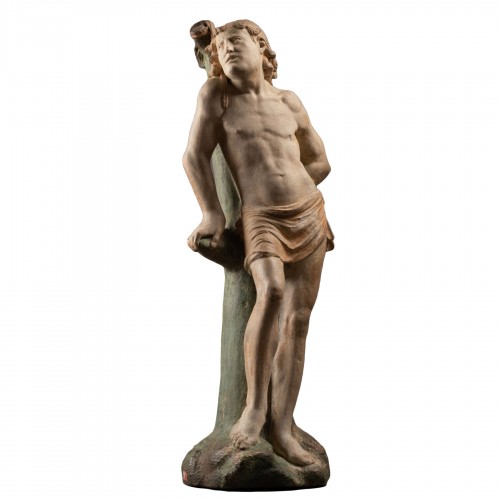 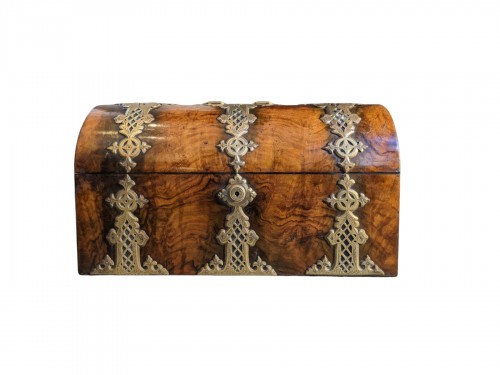 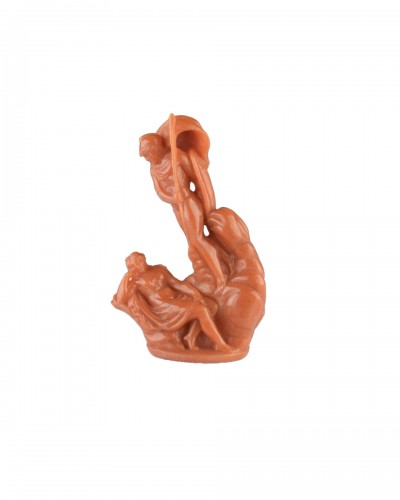 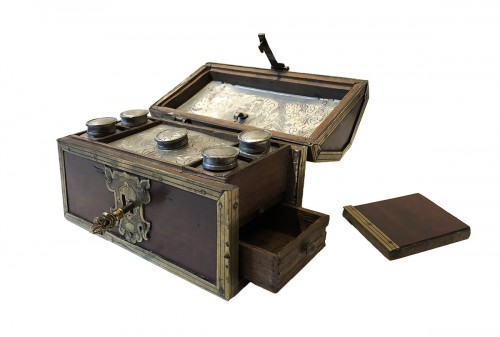 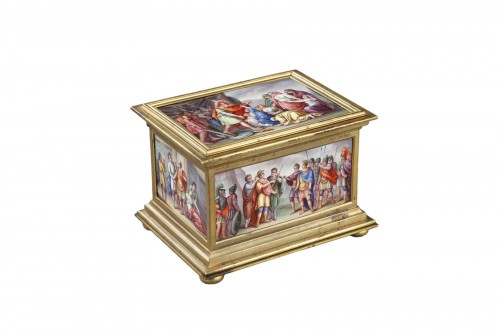