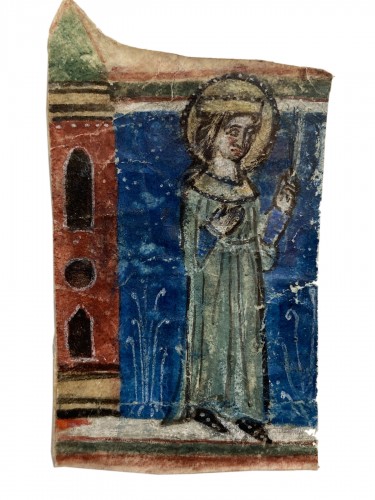 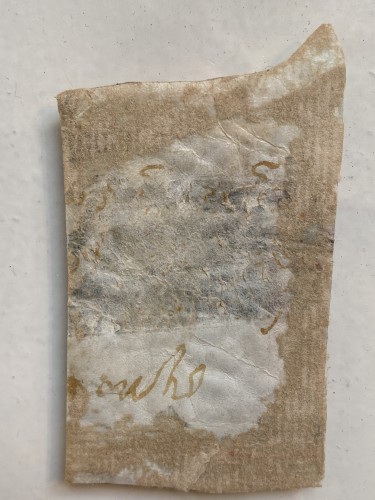 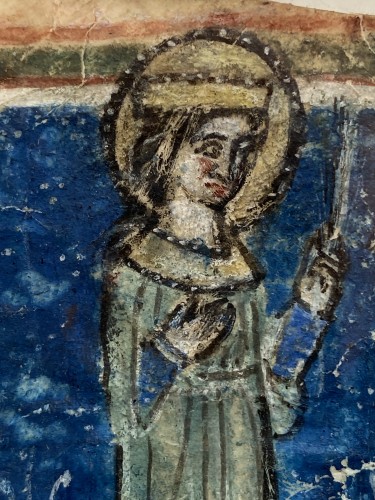 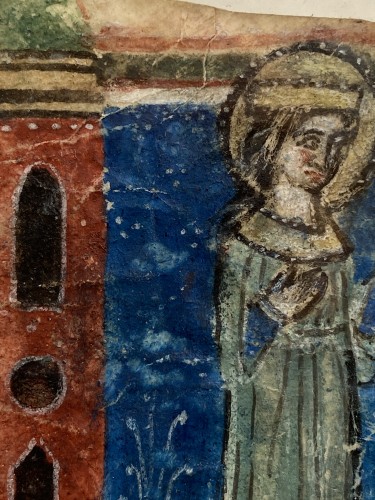 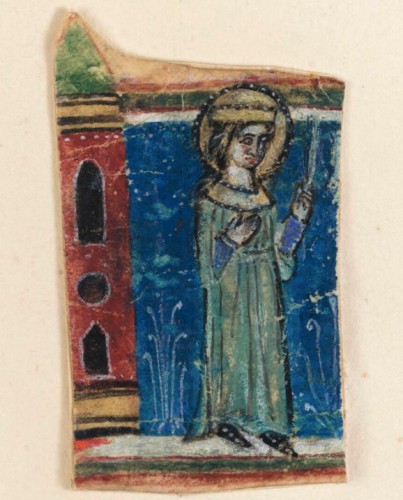 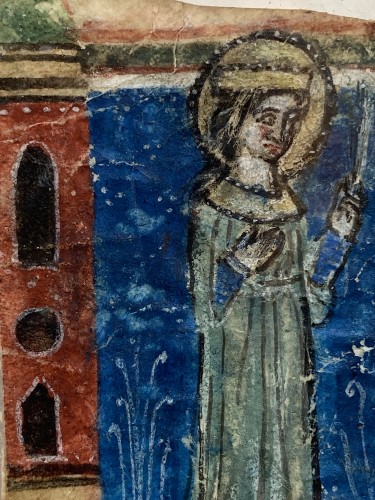 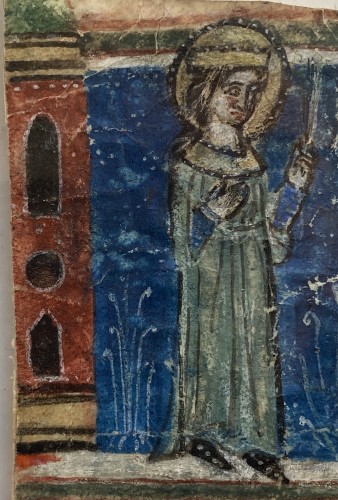 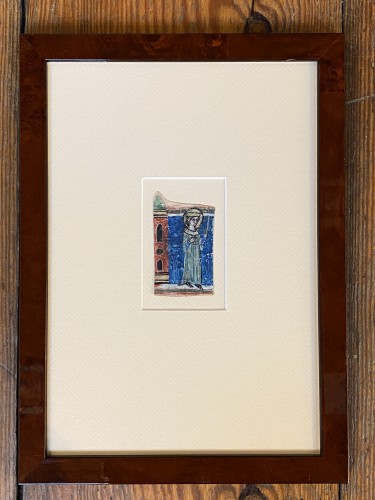 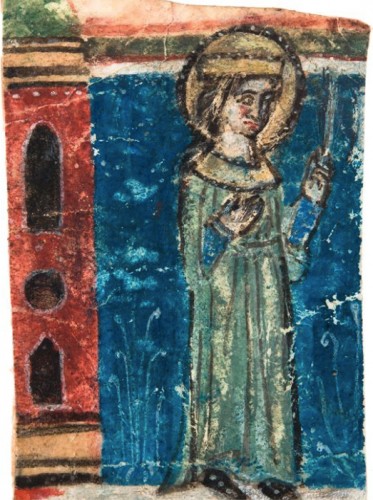 A Female Martyr, probably Saint Barbara, cutting on vellum by The Master of Monza (Lombardy, 13th cent) from a manuscript of Saints’ Lives (Legenda Aurea). A full-length standing figure of a female saint holding a palm of martyrdom, standing with her back to a tower with three windows (which St. Barbara had made in her prison to symbolise the Trinity), blue ground with plants in white tracery,  rubbed, laid down on old paper, cut roughly to shape (up to 78mm by 45mm), in a contemporary walnut veneer frame. Cuttings from this engaging manuscript belonged to Robert Forrer, of Strasbourg (his "Unedierte Federzeichnungen, Miniaturen und Initialen des Mittelalters", I, 1907, pls.VI-VIII), and they were assumed to be Spanish.  They are ascribed to a painter in the circle of the Master of the Beatus of San Andrés de Arroyo in La Spezia, Museo Civico Amadeo Lia, Miniature, ed. F. Todini, 1996, no.59, pp.291-94.   However, they have now been attributed with some certainty to the illuminator of a choirbook made for Monza cathedral in Lombardy, c.1270-80, now Cracow, Bibl. Jagiellonska, Rps.20/1951; cf. G. Valagusa, ‘Santi lombardi di fine duecento’, Scritti per l‘Istituto Germanico di Storia dell’Arte di Firenze, ed. C.A. Luchinat, etc., 1997, pp.23-4, recording a total of 18 cuttings from the manuscript, now identified as an early manuscript of Jacobus de Voragine, Legenda Aurea.  The artist is now described as the Master of Monza. Ex Sotheby's. 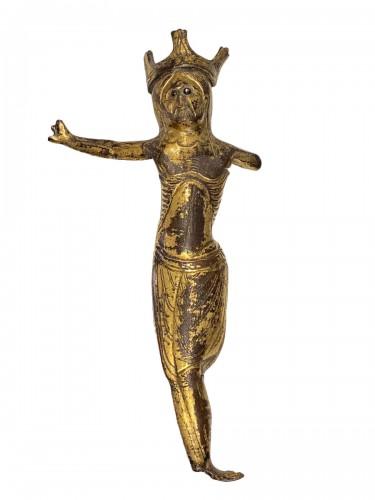 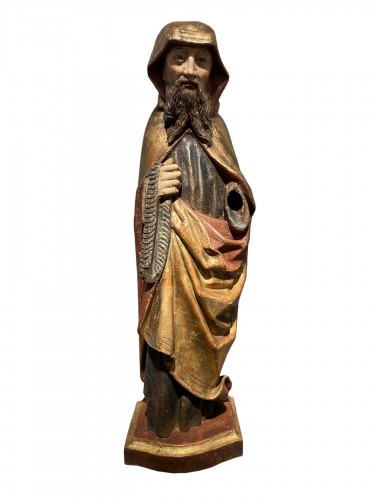 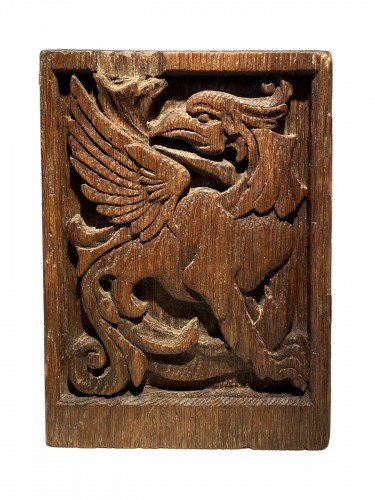 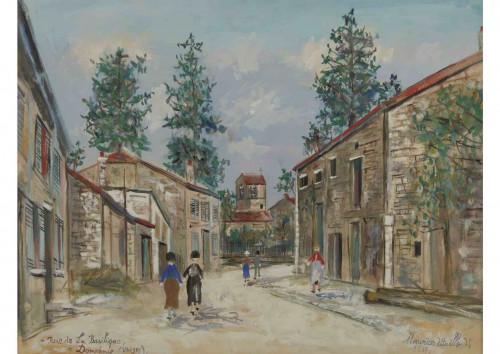