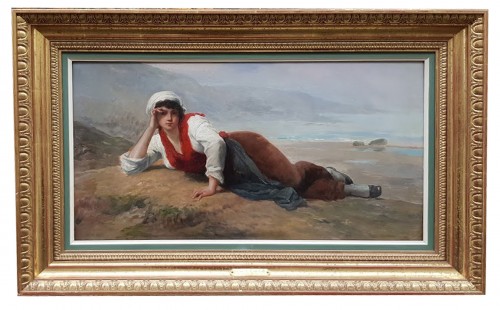 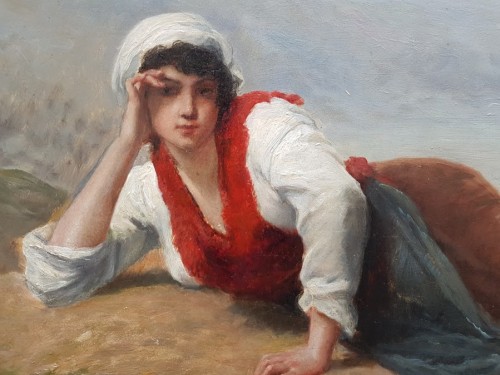 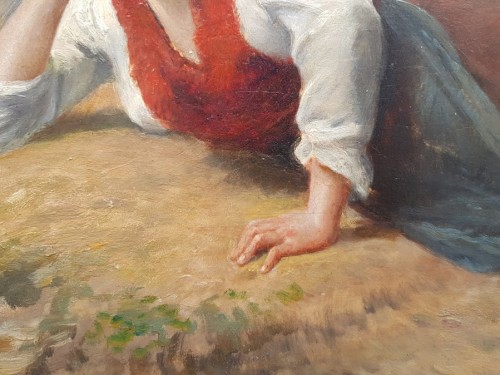 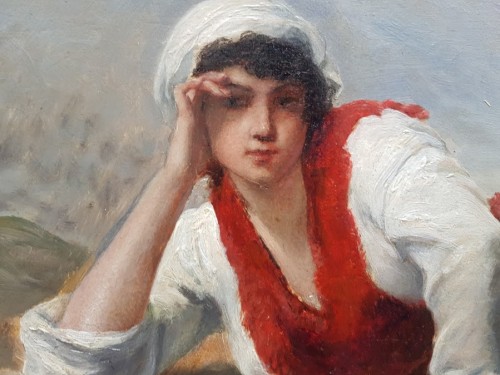 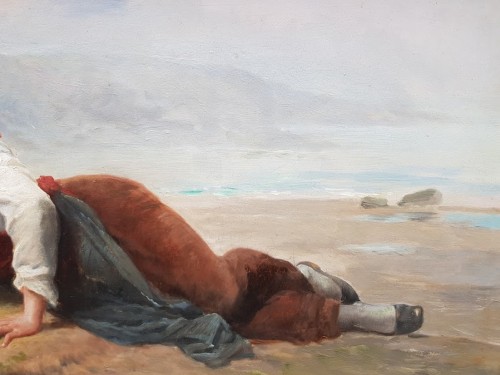 An oil on parquet panel, Breton lying in front of the sea by François FEYEN-PERRIN

He entered the École des Beaux-Arts de Paris in 1848, he was a pupil of Léon Cogniet and Adolphe Yvon.
He appeared at the Paris Salon from 1848 to 1882, being awarded medals in 1865 and 1867. François Feyen-Perrin was for many years one of the favorite painters of the general public, his paintings were a sensation at the Salon.
He was, with his brother Jacques Eugène Feyen, the official painter of the fishermen of Cancale.

His constant preoccupation to embellish his subjects reveals what his art often has of artificial, especially in a register that would be realistic when his female characters are obviously too elegant to have ever indulged in the hard work of the sea. 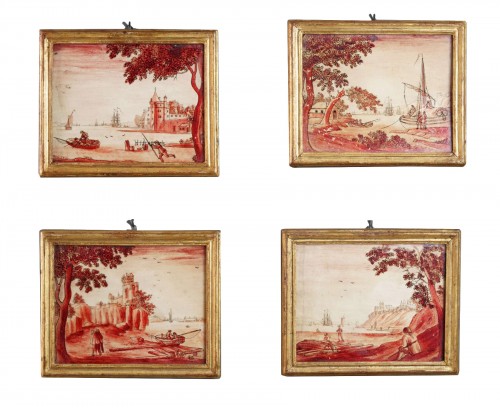