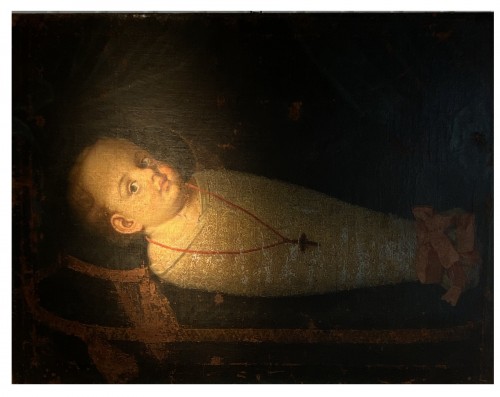 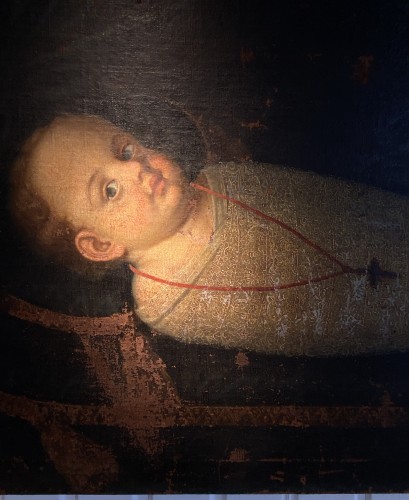 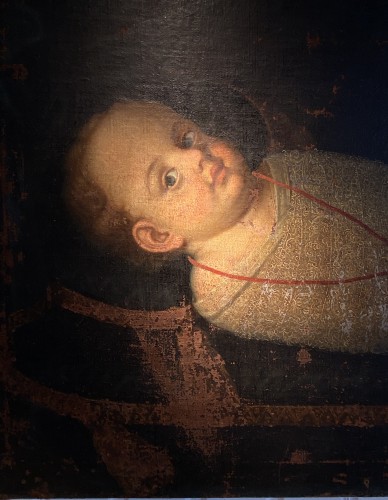 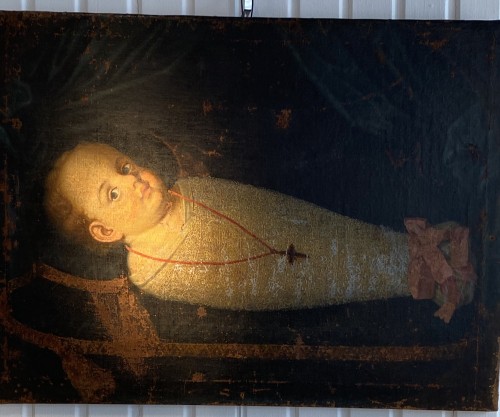 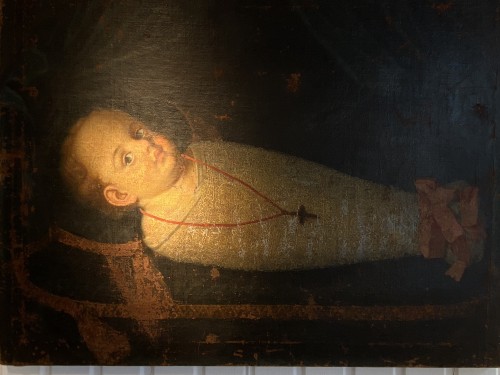 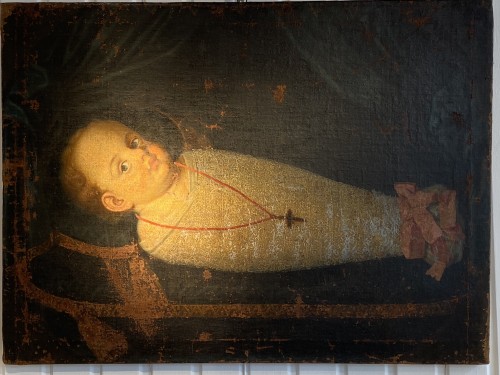 Oil on canvas painting of the funerary portrait of a swaddled child. The child stares at us with eyes wide open in a bizarre state of eternal consciousness beyond death. It carries a crucifix around the neck and in both upper corners there are remains of blue draperies suggesting the curtains of a catafalque. At that time, one out of four children died before the age of one year. This type of iconography is rare but some examples can be found. One of the the oldest dates from the 2nd-3rd century: the funerary stele of Aeliola, discovered in Metz. Another one is the painting (oil on canvas, 46x36cm) of a swaddled child attributed to Claude Deruet and dated from the first half of the 17th century. Both artefacts are conserved in the city of Metz at the Musée de la Cour D’Or. Although the subject is unusual, the portrait formally corresponds to the aesthetic pictorial codes of that period. The child is represented in a three quarter pose on a neutral background conform with the tradition of the french and northern european portraits of the 16th century. The composition of the painting with central position of the infant against a dark and indefinite background forces the viewer to concentrate on the child.
Other noteworthy reference can be found at the Rijksmuseum in Amsterdam: “Portrait of Swaddled Twins: The Early-Deceased Children of Jacob de Graeff and Aeltge Boelens, anonymous, c. 1617” in the catalogue “Een ingebakerde tweeling de vroeg gestorven kinderen van Jacob de Graeff en Aeltge Boelens” Rijksmuseum SK-A-981).

Support: linen cloth on fixed frame. Frame has been given conservation treatment against xylophagi, the corners have been reinforced and canvas has been tightened by inserting new (synthetic) cloth between frame and original canvas. Numerous traces of wear and lacunae to the paint. Very thin canvas on numerous places. Delicate condition but lots of spooky charm. Dimensions: 58x76cm. 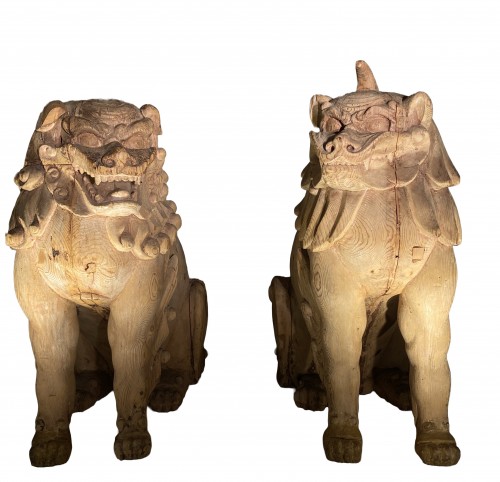