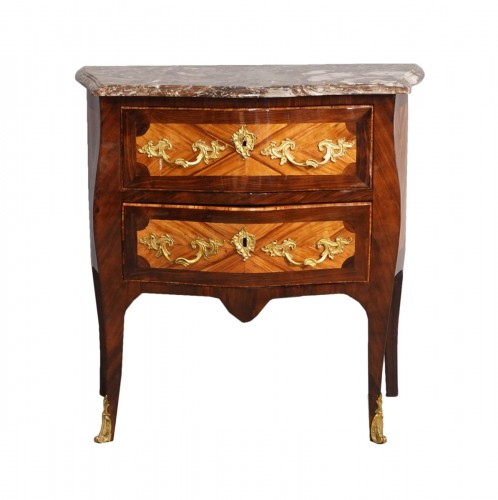 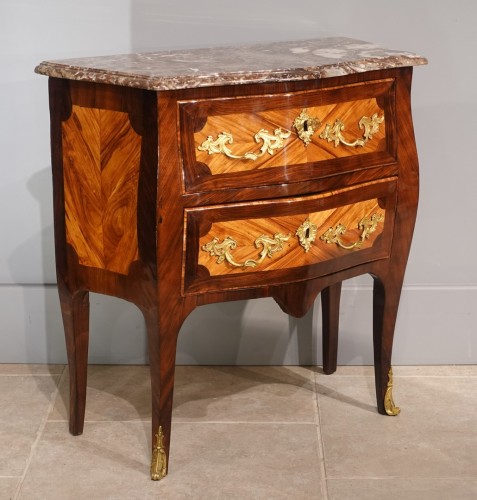 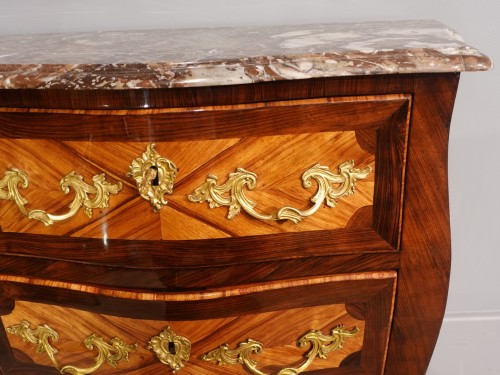 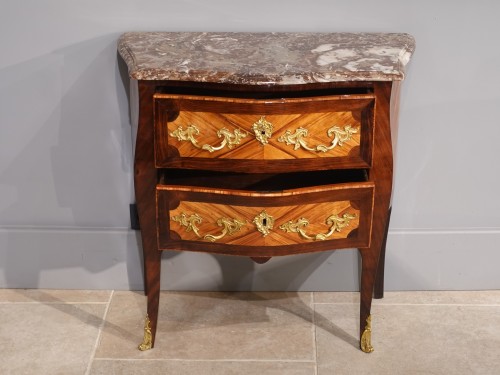 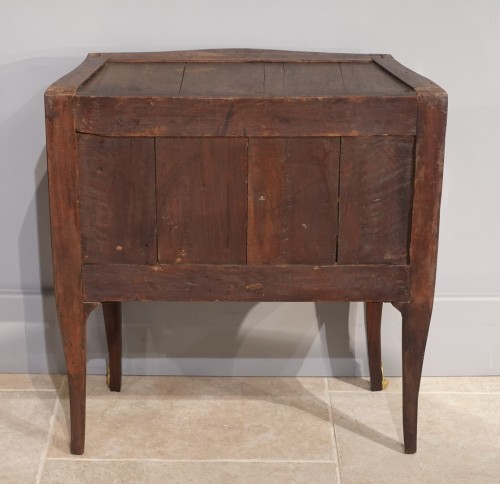 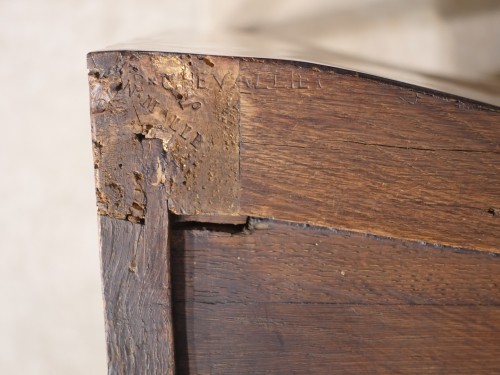 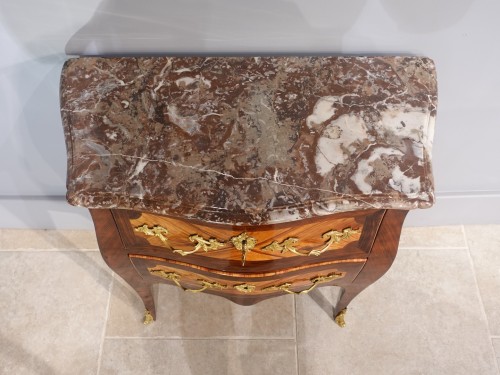 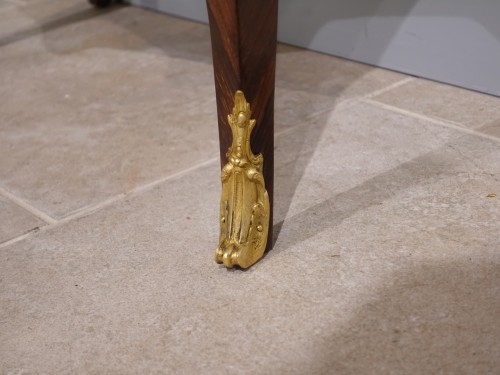 Elegant small chest of drawers with curved front and sides in amaranth veneer and rosewood reserves.
It opens with two drawers trimmed with finely chiseled gilded bronzes.
It is crowned with a thick ''Royal Red'' marble molded with a corbin beak.
This lovely living room piece of furniture bears the hallmark JME (Jurande des Maîtres Ébéniste) as well as a double stamp: that of Charles Chevallier received Master before 1738 and of Louis Noël Malle received Master on November 18, 1765.
There may be two explanations for this double stamp:
Either the two cabinetmakers have joined forces to produce the furniture and the two parties have left their mark.
It also happens to find on the same piece of furniture the stamp of the manufacturer and that of the merchant cabinetmaker who sells it. In our case, it is very likely that C. Chevallier made our chest of drawers and that, a few years later, Louis Noël Malle was the merchant cabinetmaker since he owned, in addition to his workshop, a furniture store run by his female.


Charles Chevallier (1700-1771), known as the Younger, as opposed to his brother Jean Mathieu, received his master's degrees before the year 1738 and settled in rue du Bac.
His production of very beautiful Louis XV and Transition furniture quickly earned him great notoriety. He produced chests of drawers, chests of drawers, breast-height furniture...
On his death, his colleague Antoine-Mathieu Criaerd took over his studio on rue du Bac.

Louis Noël Malle (1734-1782) obtained his master's degree on November 18, 1765. This renowned 18th century cabinetmaker distinguished himself by a production that ranged from the rococo style to the antique Louis XVI style.
Established rue du Faubourg Saint-Antoine, Louis Noël Malle has a workshop as well as a furniture store run by his wife. 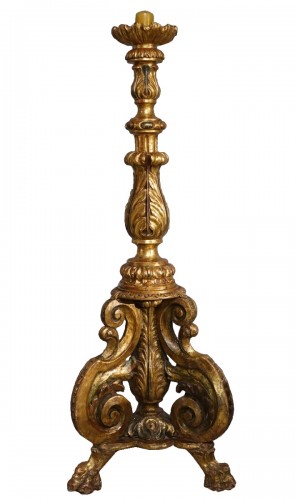 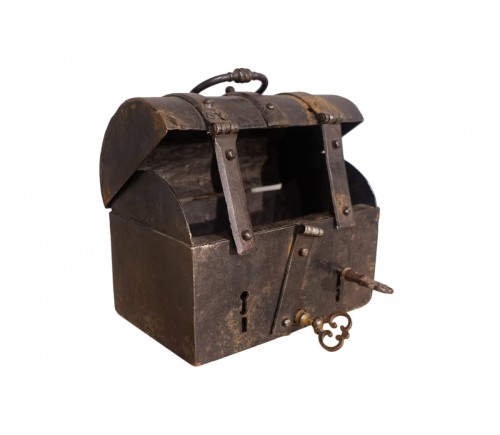 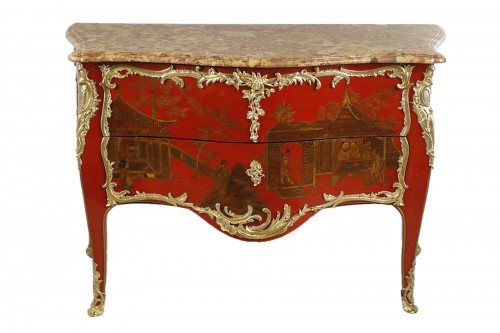 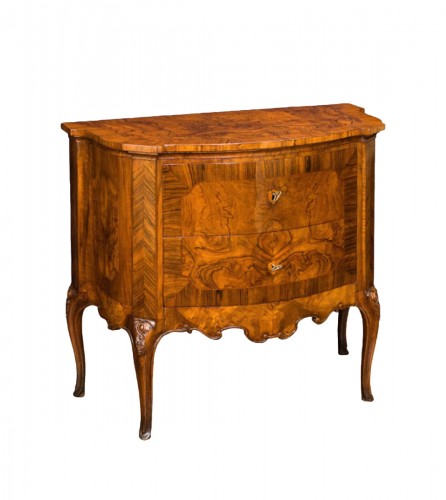 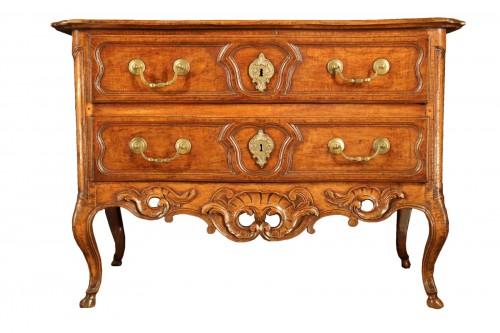 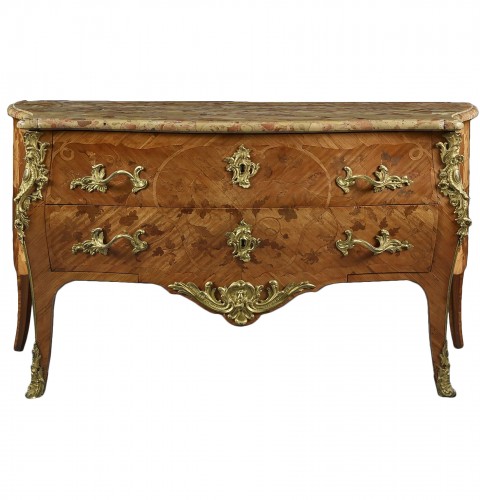