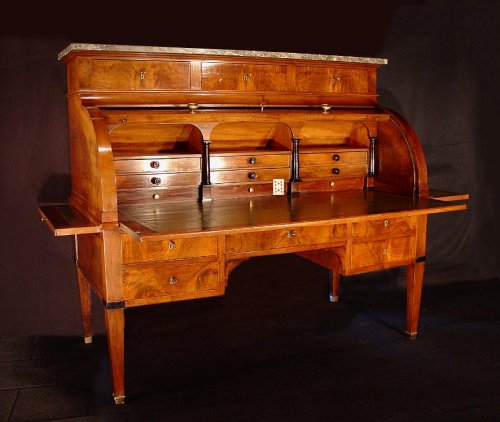 Also called the neo-classical style, the Directoire period brought few transformations to the Louis XVI bureau. It perpetuated English influences and ancient inspiration, and affirmed the return to sobriety and simplicity. The legs of the Directoire bureau are straight, round, fluted or column-shaped and typically adorned with ribbing. Its sides are straight.

The economy of form includes the almost complete abolition of bronzes, veneering and marquetry. The Directoire period is noted for a dearth of shapes and ornamentation; however, the Directoire bureau lacks neither elegance nor refinement. It was produced in mahogany, beech, ebony, satinwood or maple.