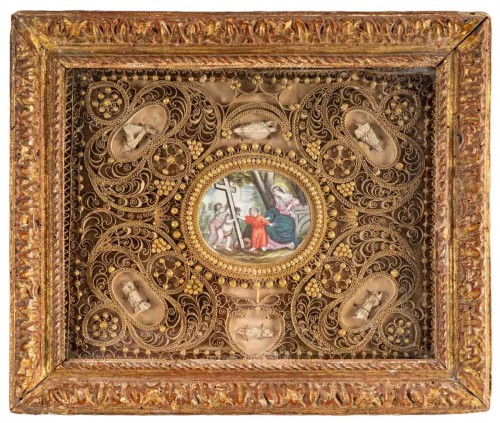 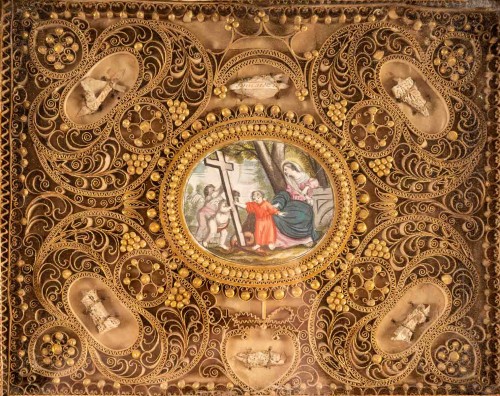 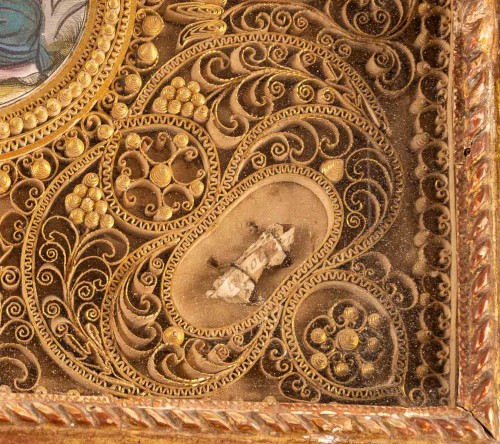 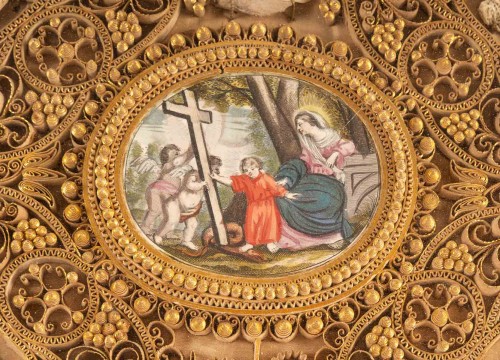 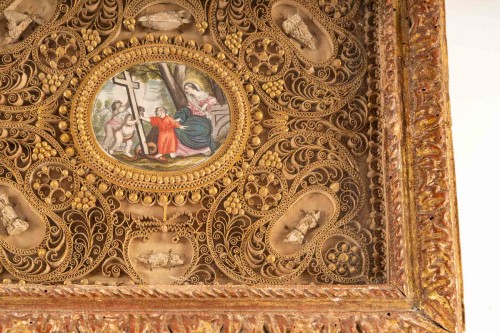 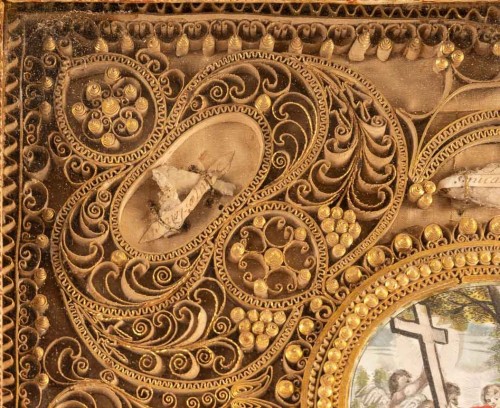 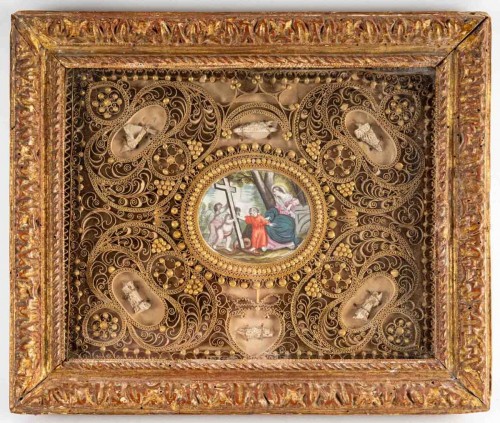 A 17th century very nice paperole - reliquary in its original gilt curved wood frame.
The art of paperoles (quillings) consists of creating ornamental three dimensions forms as circles or others using thin strips of paper with gilt edges that are rolled, folded and glued.
The paperoles were made in the convents for meticulous making of small paintings - reliquaries.
The reliquaries were used to preserve the material remains of holy persons who had been sanctified.
The scene situated in the center of the paperole represents child Jesus trampling the snake. Two angels are carrying his cross in the presence of the Virgin.
France.
Louis XIV period.
17th century. 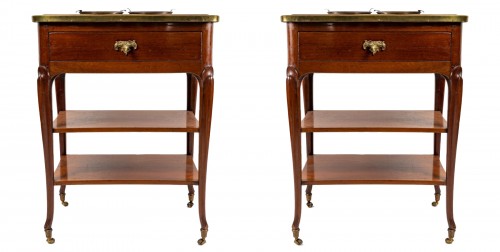 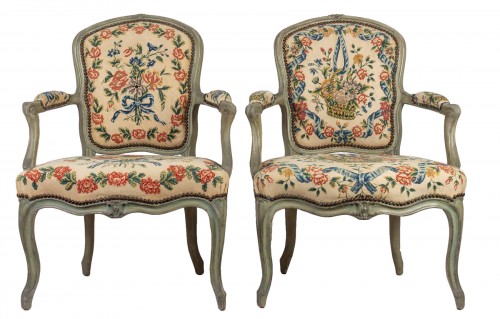 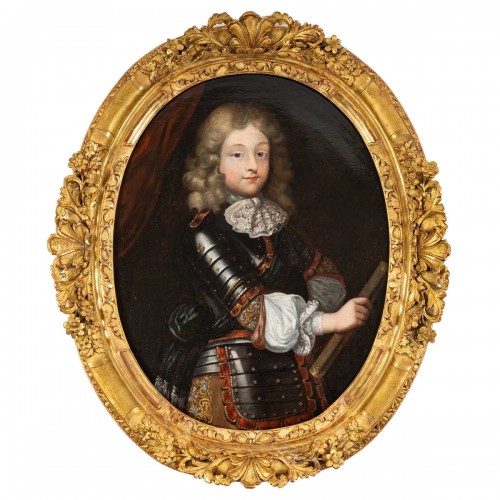 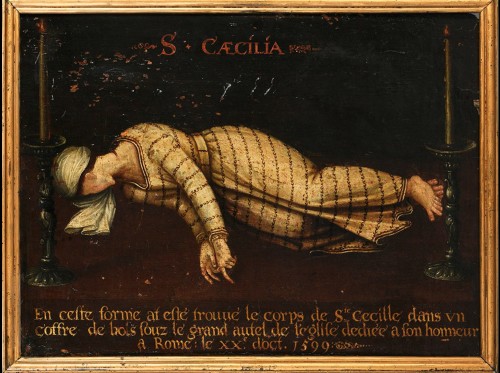 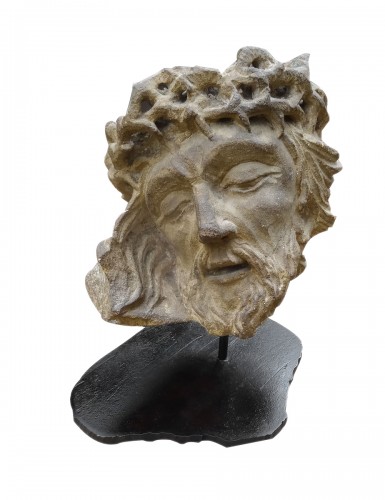 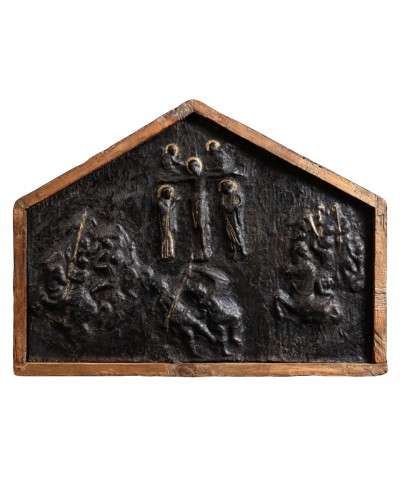 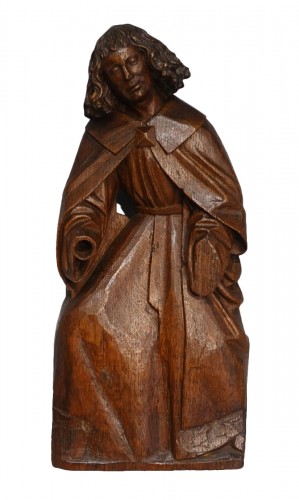