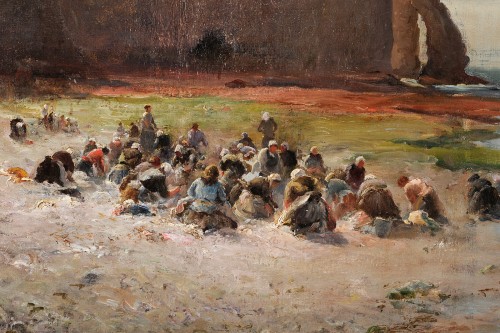 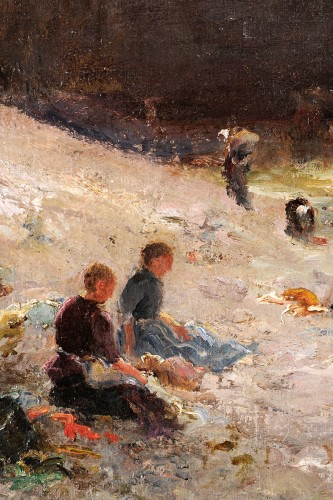 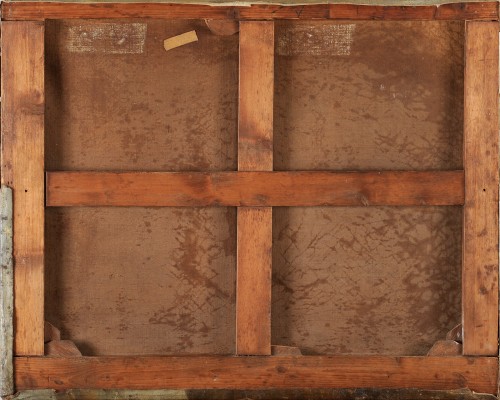 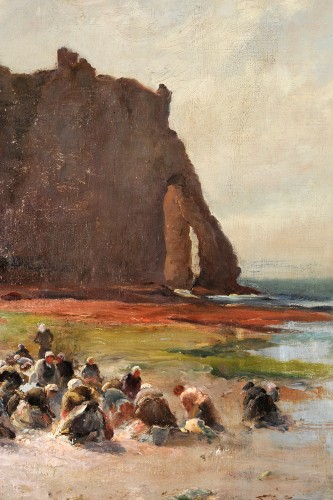 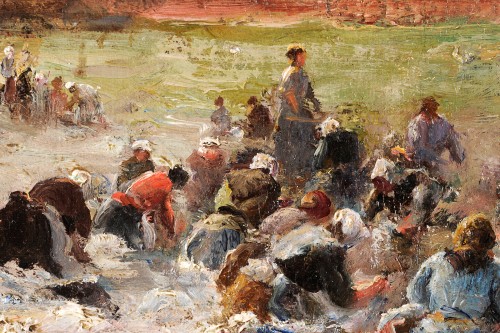 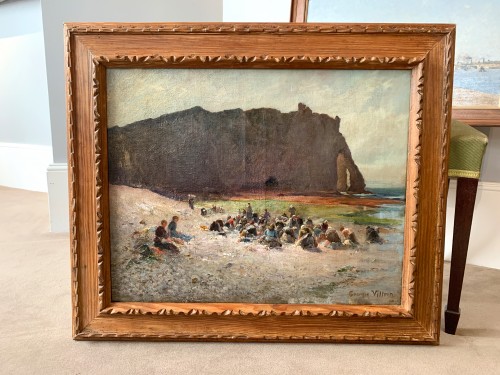 
Son of Eugène Marie François (1821-1897), who was a student of Charlet and Léon Cogniet, Georges trained with Henri Harpignies and Benjamin-Constant, and began to exhibit at the Paris Salon in 1877. He mainly painted landscapes of Brittany, in the region of Rennes and Saint-Malo, and of the southwestern coast of the English Channel (Granville, Avranches), with some Parisian views interspersed.

In 1894, Villain moved to the coast of Upper Normandy, with views of Cayeux, and then he "descended" to Étretat, which became his main subject from 1896/1897.
He proved to be an excellent observer of the seaside or working activities of the city of Cauchoise, and thus represented on several occasions the washerwomen, or laundresses, on the beach of Étretat.
At the Cercle Volney in Paris, in February 1897: Les laveuses à Étretat.
At the Salon de Versailles (exhibition of the Société des Amis des Arts de Seine et Oise) in 1898 (July 3 - October 2): Laveuses, beach of Étretat, under N°312. Villain presented four works at this exhibition.

At the 1903 Paris Salon, Laveuses; plage d'Étretat, under N°1729; then at the 1904 Paris Salon, same title, under N°1799; and again at the 1905 Paris Salon, same title, under N°1899. It is probably the same painting, and possibly ours, thus re-exhibited three times.
At the 1905 Salon du Havre, a watercolor: Laveuses, plage d'Étretat, matin, under N°767
At the Salon de Toulouse of 1908 (May to September), Laveuses, beach of Étretat, under N°995
At the Salon of Évreux of 1908 (July-August). We find written in the bulletin of the Society of the Friends of Arts of the department of Eure: "The washerwomen were observed and noted by Mr. Villain at the edge of the sea of Étretat, with a right realism of pose and colors, skill and even boldness of the invoice... and a fluttering touch".

Our subject is emblematic of daily life in Etretat at the time. It shows the washerwomen taking over the beach at low tide, at the moment when, as the salt water withdraws, the fresh water from the rivers flows underground to the shore; by pushing aside the pebbles, the washerwomen create cavities which then fill up with fresh water; they work until the rising tide brings the fresh water back. Alphonse Karr describes this picturesque task, the fountain, as follows: "It is there that all the news of the country is told; it is there that one speaks of everything and everyone, that one discusses, that one judges, that one absolves, that one condemns... it is there that one learns the news of the sailors fishing, that one comments on love affairs and marriages. One tells there how the fish was sold in Fécamp, how much in Le Havre; one tells there the disasters caused by the last gale, the dreams which one made the night ".

In this beautifully luminous painting, Georges Villain has faithfully reproduced both the ardor of the washerwomen's work and the intensity of their social exchange.
One can obviously recognize, above the washerwomen, the imposing silhouette of the famous cliff of Étretat, contrasted by the light colors of the pebbles reflecting the sun. 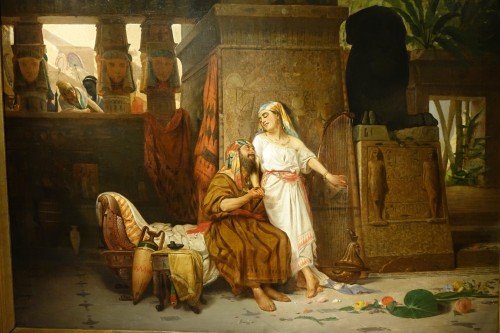 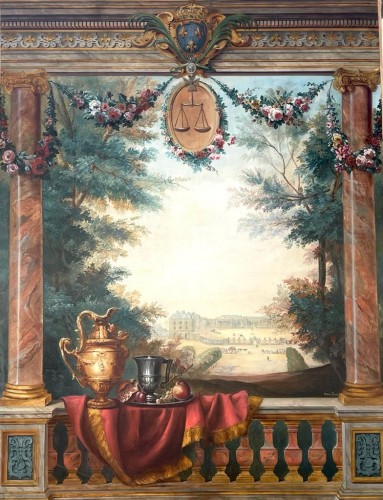 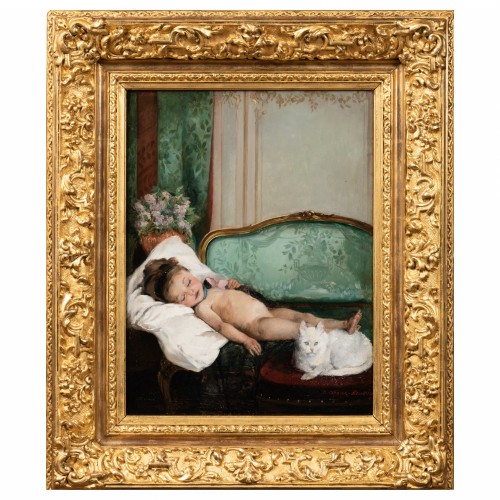 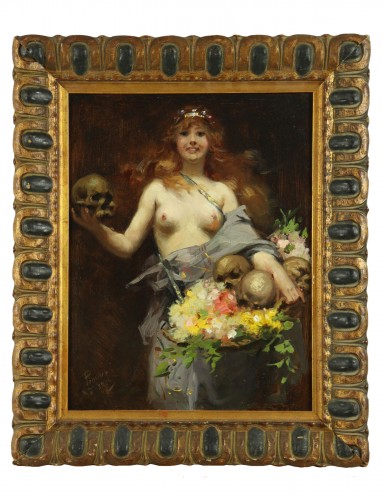