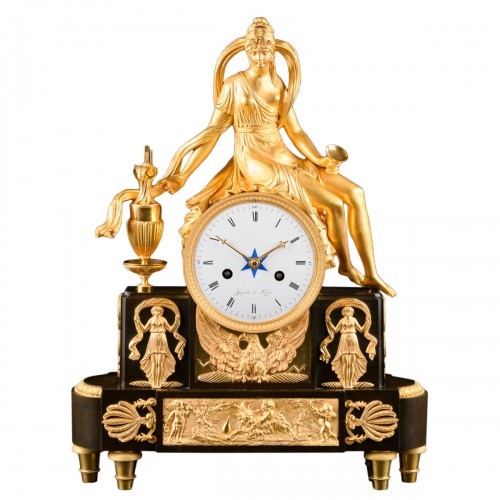 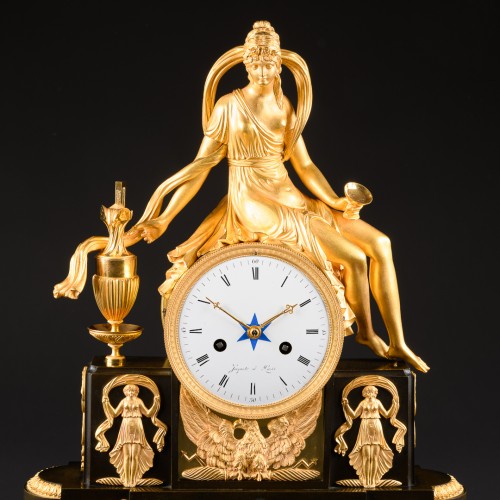 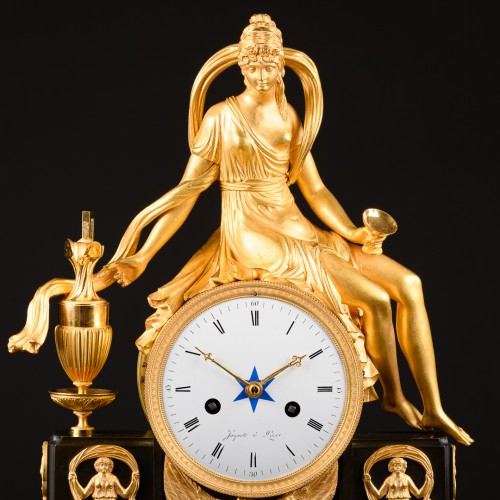 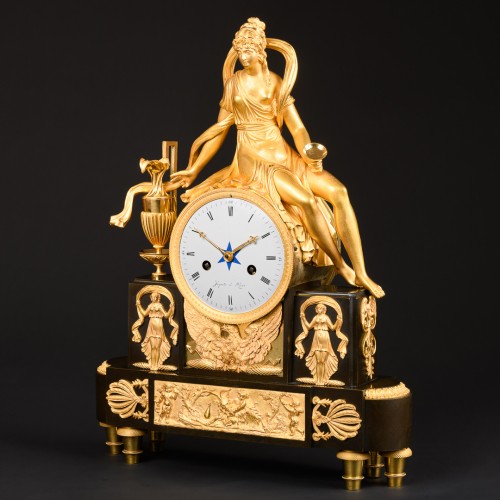 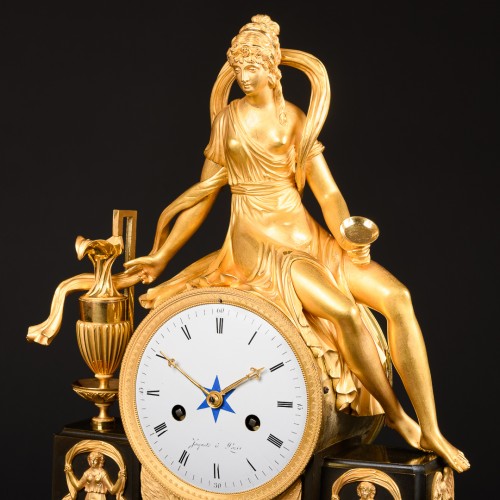 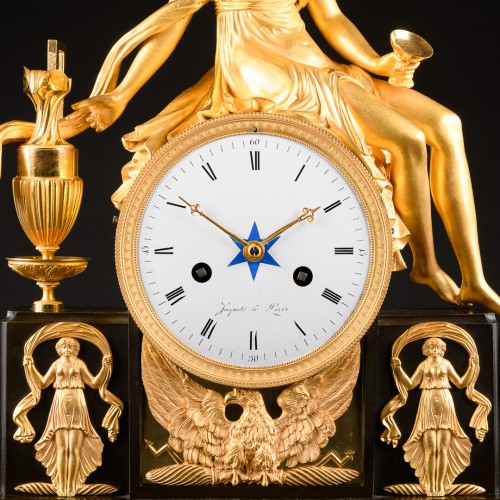 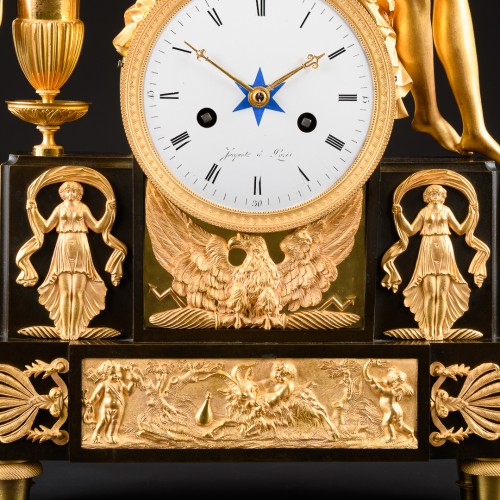 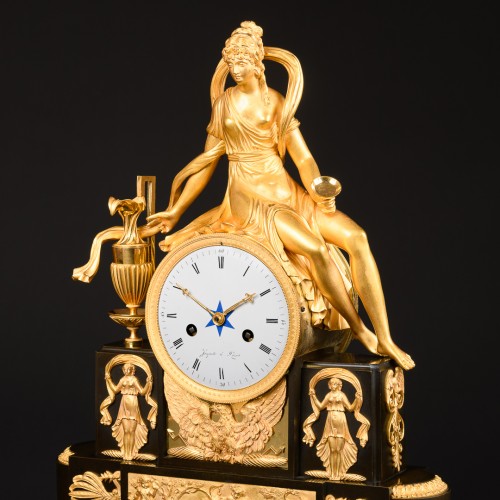 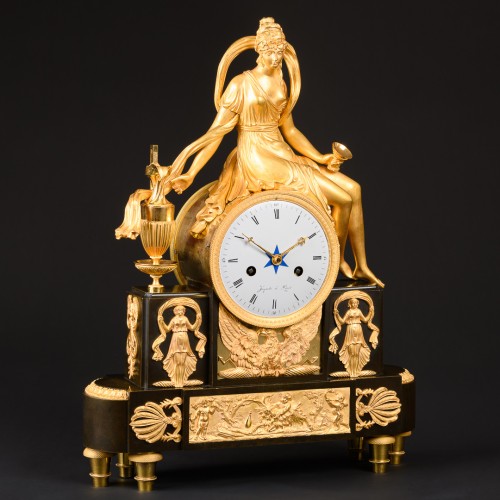 Museum quality French Directory period clock in mercury gilded and patinated bronze. This refined late 18th century mythological clock “Hebe cup bearer” dates from the Directory period 1795-1799. It represents a very beautiful mythological theme of Hebe, goddess of youth. She is offering a cup to Jupiter, transformed into an eagle. This mythological clock “Hebe cup bearer” is made of mercury gilt and patinated bronze with mat and glossy gilding and dark brown patina of excellent quality. Also the sculpture of Hebe shows the exquisite quality of chiseling of this clock in details like the hair and the clothes.

Hebe sits on the clockwork case which contains a large movement surrounded by an exquisitely chiseled lunette. The clockwork has a large white enamel dial, with a blue star in the middle and Directory period gilt bronze hands ending in a flower of lily. Further, the dial carries the signature Jacquot à Paris. The Tardy dictionary of French clock makers lists this clock maker as being active in Paris as a clock maker from circa 1790.

The base presents exquisite decorations with mythological symbols. For instance on the front we see a depiction of Hebe on either side of the clock case. In the middle is Jupiter in the guise of an eagle and beside him two zigzag arrows, typical attributes of Jupiter. On the lower part of the case is a bass relief depicting a festive scene with putti.


Hebe Cup Bearer And Jupiter
In ancient mythology Hebe is the goddess of youth and the cup bearer of the gods who served ambrosia at the heavenly feast. She was also the patron goddess of the young bride and an attendant of the goddess Aphrodite. Hebe is the daughter of Jupiter and his wife, Hera. She was the cup bearer for the gods and goddesses of Mount Olympus, serving their nectar and ambrosia until she married Heracles. Also Hebe had influence over eternal youth and the ability to restore youth to mortals. She was responsible for keeping the gods eternally young, and thus was the most revered by them.


In art, we see her typically with her father in the guise of an eagle, often offering a cup to him. And in Greek vase painting Hebe was depicted either as the bride of Heracles, or the cup bearer of the gods, pouring ambrosia from a pitcher. Here we see her in her role as cup bearer to the gods, raising a vessel of ambrosia to her father, Jupiter, who appears in the guise of an eagle. Eagles were connected with immortality. There was a folklore belief that the eagle (like the phoenix) had the ability to renew itself to a youthful state, making the association with Hebe logical.


Details
This wonderful clock “Hebe cup bearer” has a large movement with wire suspension. It strikes the hours and half hours on a bell. The clock is in an exceptional and perfectly working condition. Also, it has been cleaned and serviced by a professional clock maker. The clock comes complete with its pendulum, key and bell. 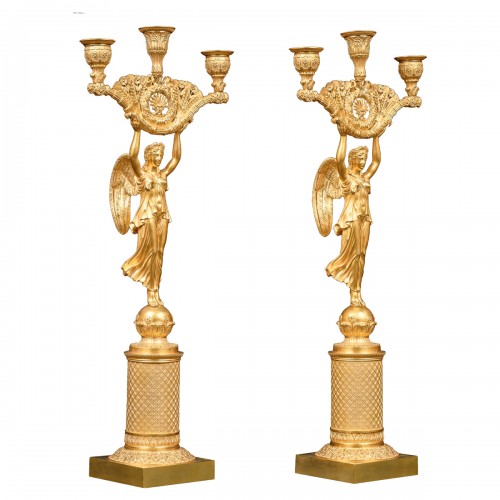 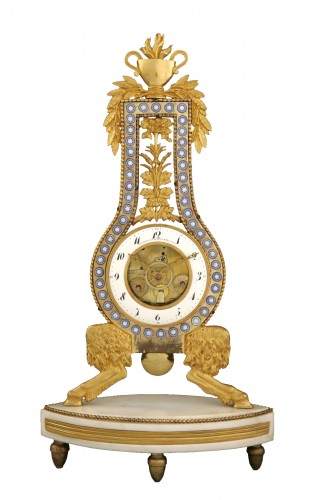 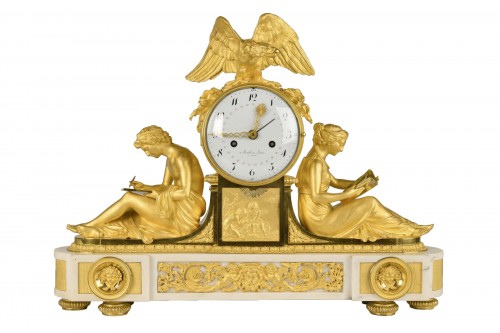 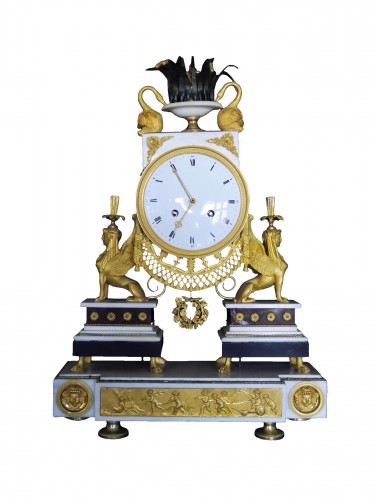 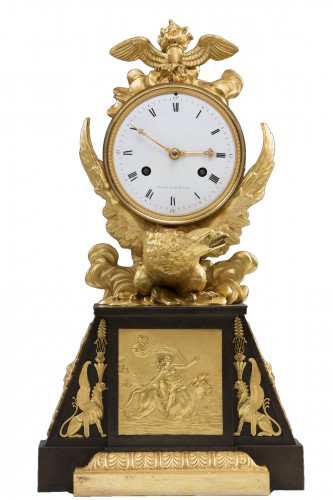 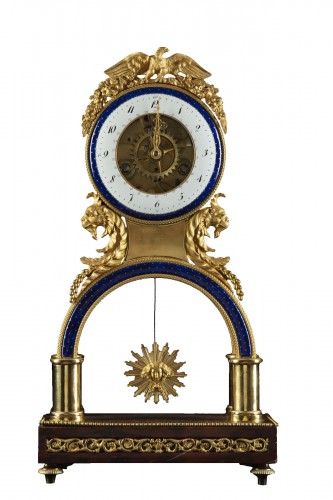 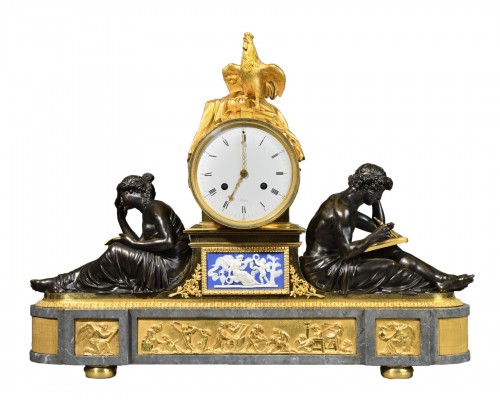