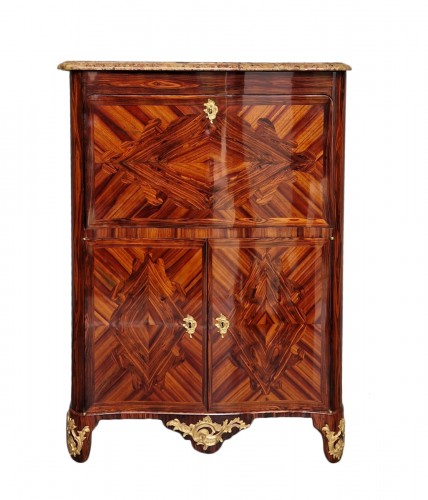 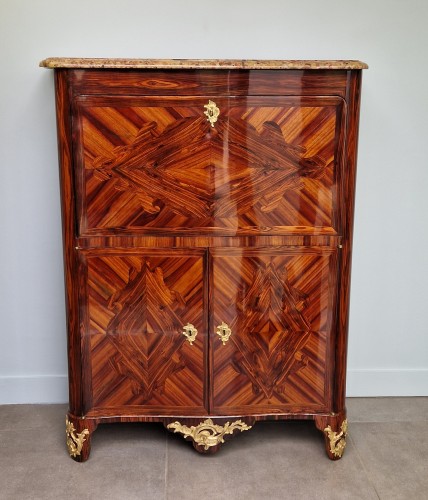 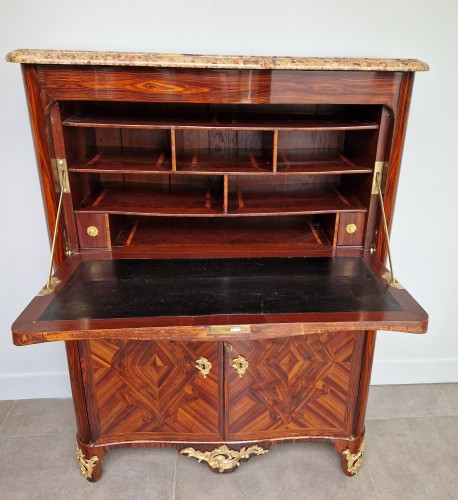 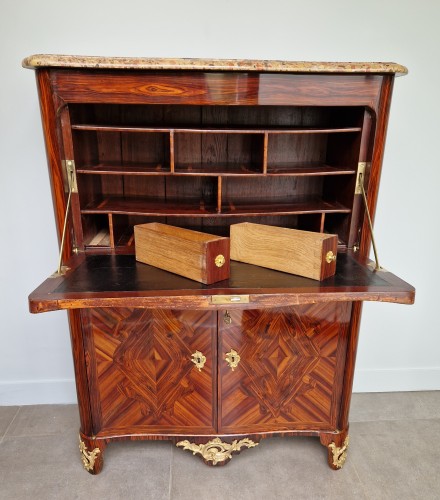 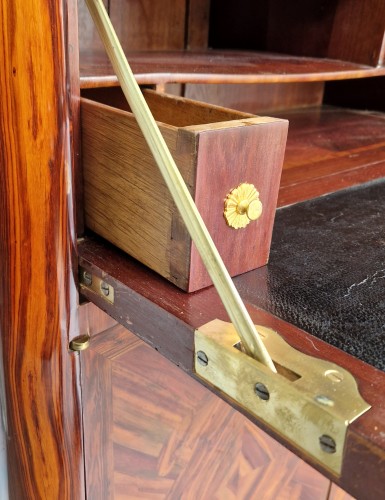 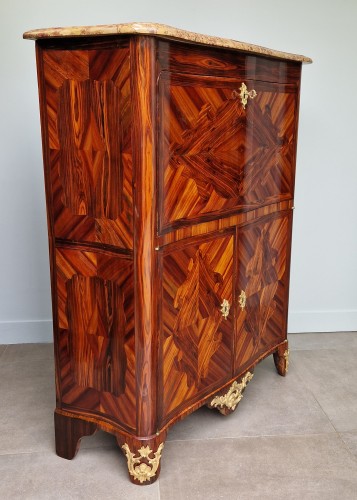 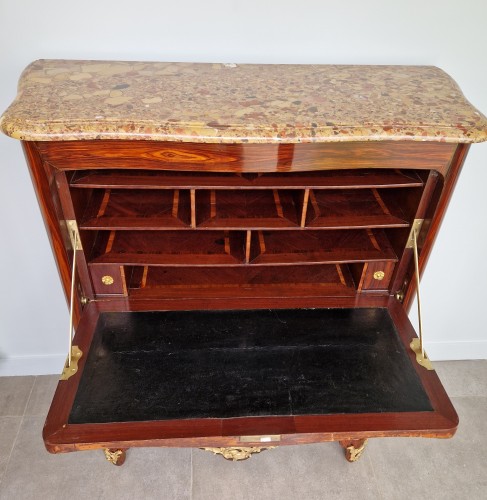 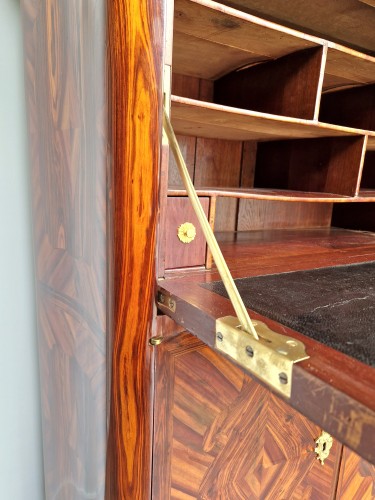 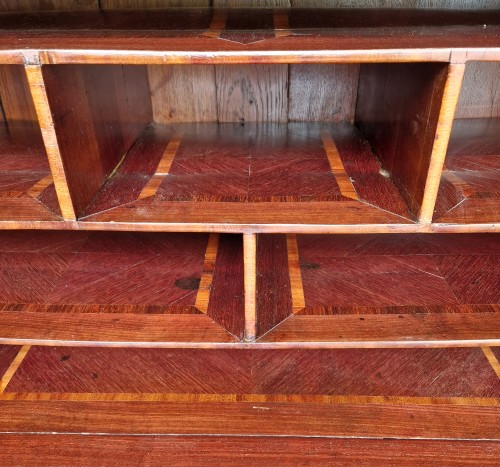 Very rare small secretarire late Régence, beginning of Louis XV, in polylobed marquetry of kingwood in reserves of satinwood on a frame of oak and pin. Rectangular in shape with a vertical structure, it is curved on all its visible sides, a leaf of marble in breccia of Aleppo tops the whole. This secretary is divided into two distinct parts, the top where it opens with a flap forming a tray. This tray folds down to block horizontally to form a writing desk. To increase the comfort of writing, the desk face is lined with morocco. The interior is made of an inlaid castin geometrically compartmentalized with seven layettes on four rows. Two small drawers slide on the ends of the lower row. The lower part of the cabinet opens through two doors onto a two-tiered chest. The stamp of Etienne Doirat is stamped under the marble on the right jamb. Dimensions: Height: 121cm, Depth: 37.5cm, Width: 98cm. Doirat has the particularity to have been the only great cabinetmaker of the Regency to stamp his works. Established in the Grande Rue du Faubourg Saint Antoine at the time of his marriage in 1704, he moved temporarily to the rue Sainte Marguerite in 1711 to return to the Grande Rue in 1720 under the name of the Red Cross. In 1731, he moved to rue Saint Honoré in order to be more visible to luxury merchants. If his production consists essentially of commode, the inventory after Doirat's death in 1732, published by M. Augarde, allows us to see that Doirat produced many other types of furniture than commodes: we find described, flat desks, bookcases, as well as secretaries whose fashion began then. The works of Etienne Doirat are present in the Petit Palais, the J. Paul Getty Museum and the Cleveland Museum of Art. Bibliography: Le Mobilier Français du XVIIIème Siècle by Pierre Kjellberg (Editions de l'Amateur), Les ébénistes du XVIIIe siècle by Comte François de Salverte (Editions d'Art et d'Histoire) and Les ébénistes Français de Louis XIV à la révolution by Alexandre Pradère (Editions du Chêne). 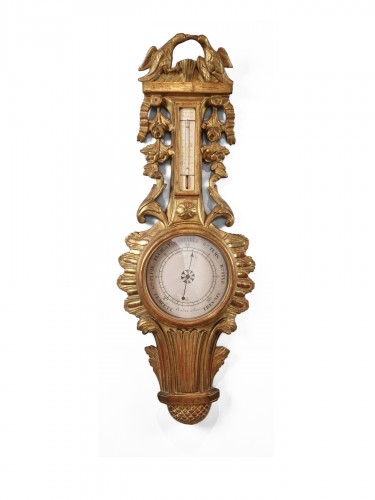 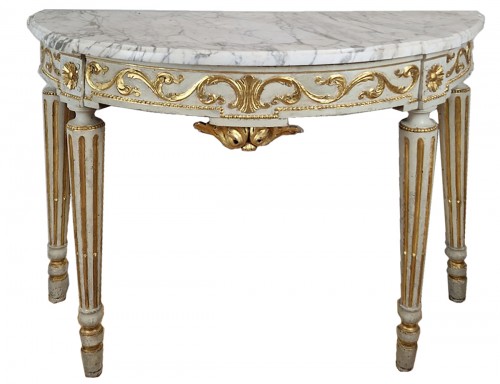 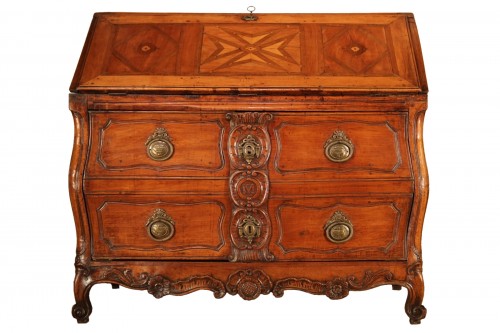 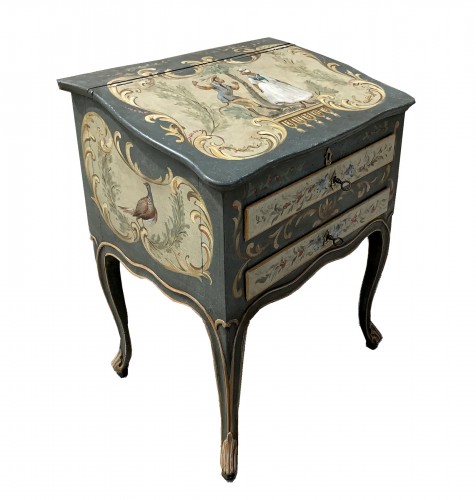 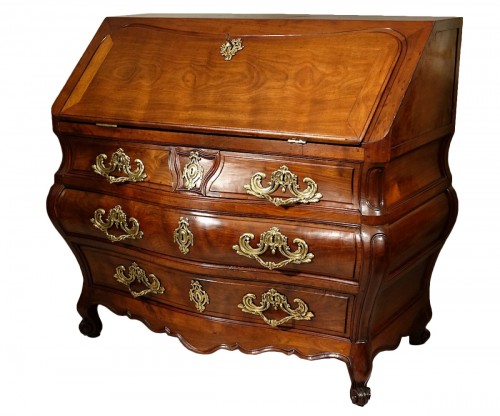 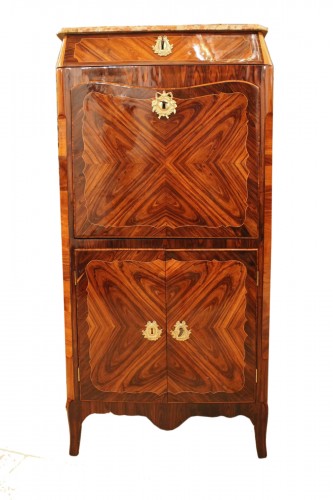