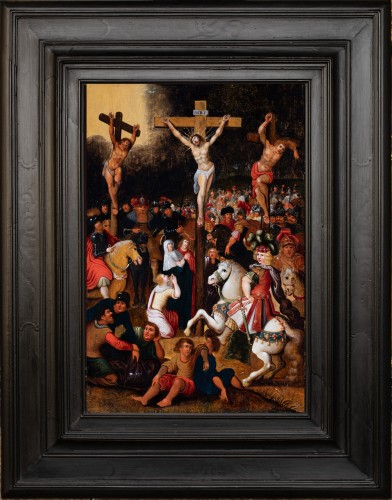 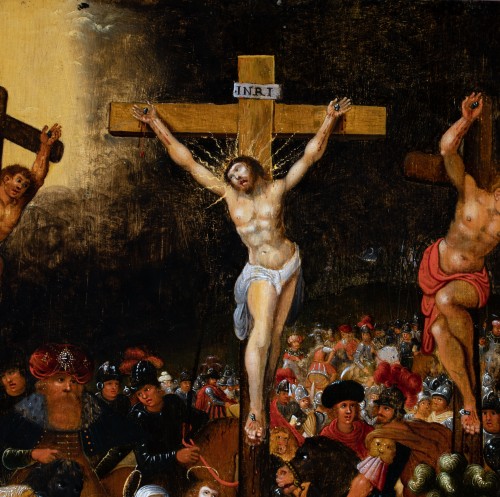 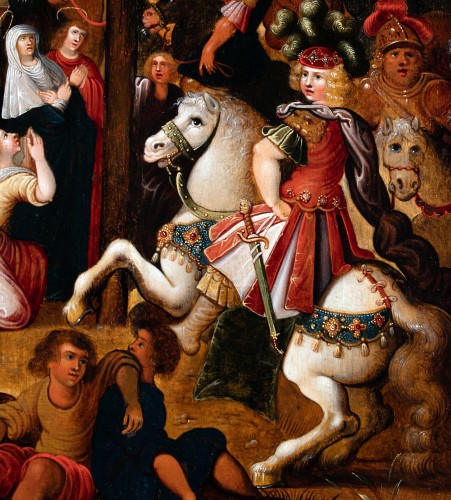 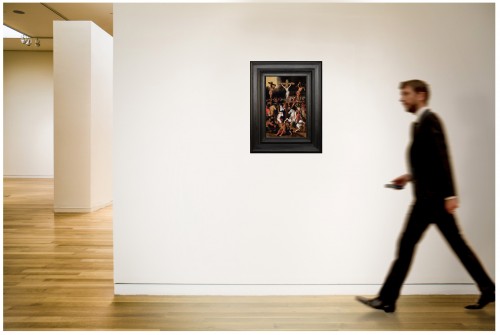 A rare painter, Louis de Caullery (1580-1621), was one of the pioneers of galant meetings in 17th century Flemish painting.
Louis de Caullery was probably born in the village of Caullery near Cambrai (then the Spanish Netherlands) and moved to Antwerp as a young man in 1594, where he was probably a pupil of Frans Francken the Elder and Joos de Momper. As a result of this training, he was recognized as a master of the Antwerp Guild of St. Luke in 1602.
The date of his trip to Italy cannot be determined with precision, but his works prove that he lived in Venice, Florence and Rome and that he met Adam Elsheimer and Annibale Carracci and that he frequented Caravaggio and Rubens. It is believed that he returned to Antwerp between 1605 and 1610.
This artist excelled in genre painting and treated a wide variety of scenes: carnival on ice, fireworks, bull fights, allegories of the five senses, and galant reunions in the spirit of the Fontainebleau school. His technique for painting his characters, their postures, the smooth faces with a bare forehead are characteristic of his style. Under the influence of the Italian masters, his colors are very sophisticated (his palette is an innovation in Flanders) half tones of ochre-yellow, Veronese green, Burgundy red. His representation of buildings, shows that he is concerned with precision, while being very skilled in representing perspectives. His religious painting shows us scenes of which he has the gift of de-dramatizing the atmosphere by the casual and comical attitude of his characters.

The painting I propose is "Christ on Mount Golgotha surrounded by the two thieves", a real opera! where a multitude of turbaned riders dressed in shimmering costumes, crowd around the foot of the three crosses. In the center, Christ is surrounded by the two thieves, on his right the "good" one (who looks at him) and on his left the "bad" one. The Virgin is accompanied by St. John and Mary Magdalene kneels while the soldiers play dice with the tunic of Jesus.

In the foreground is a group of characters who apparently have nothing to do with the scene! (One of the particularities of Caullery's paintings).

Excellent original condition, the colors have remained of a rare freshness! 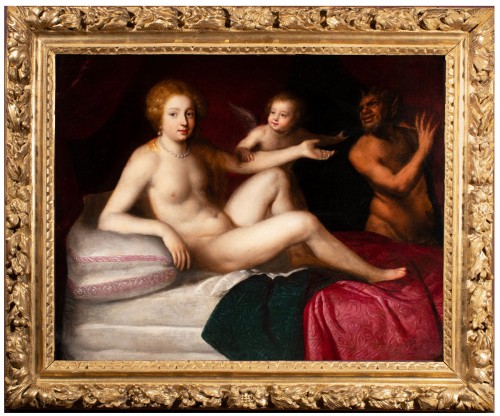 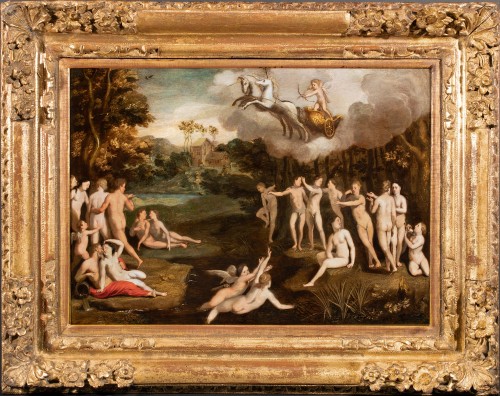 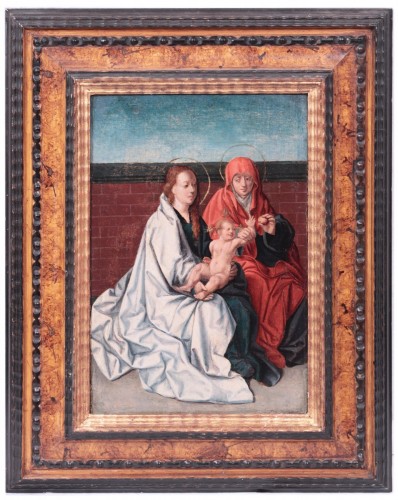 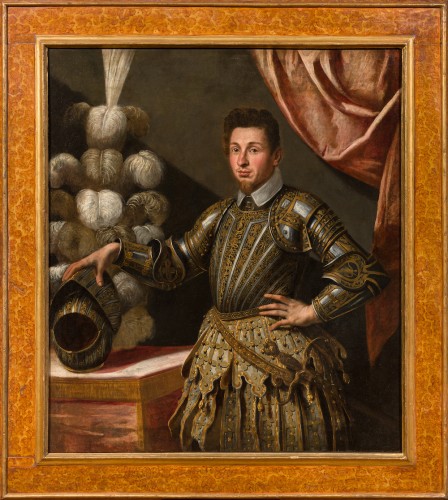 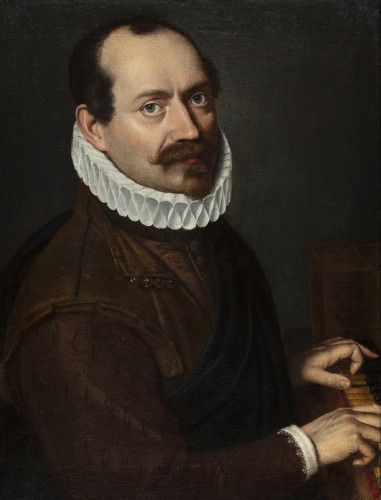 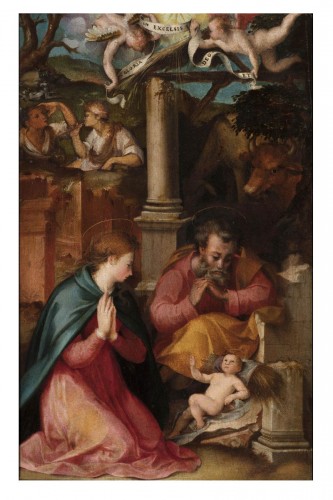