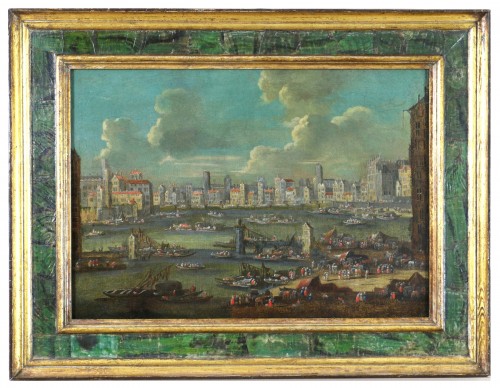 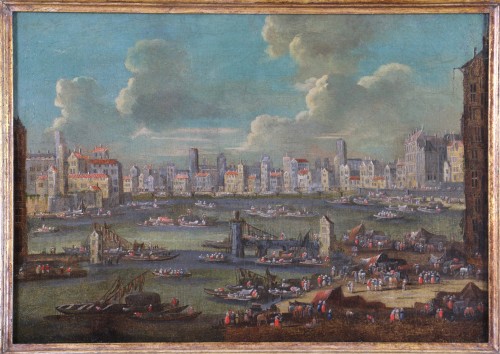 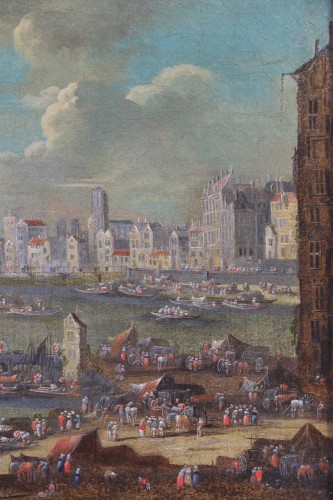 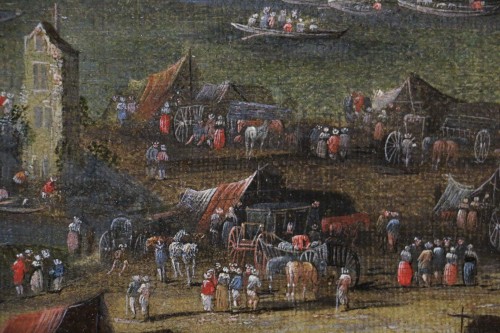 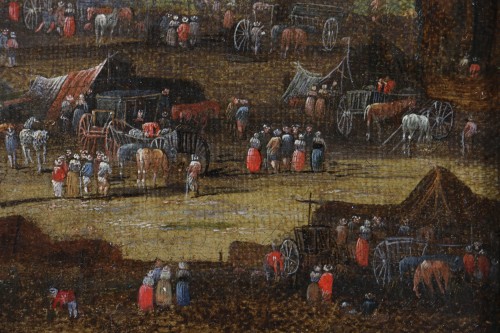 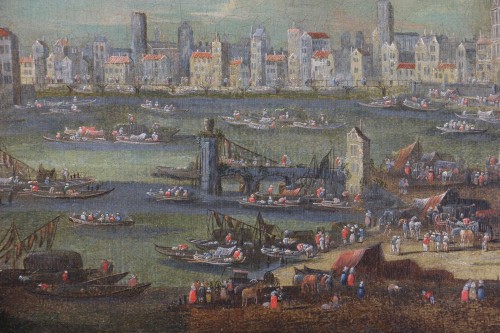 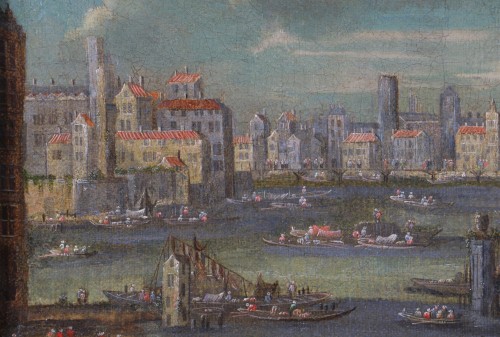 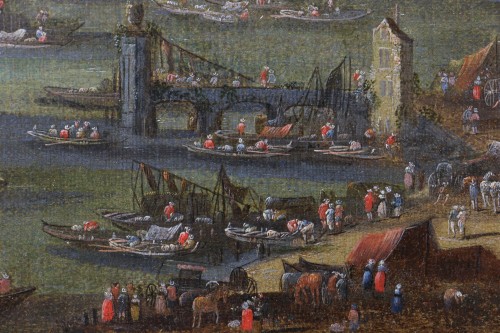 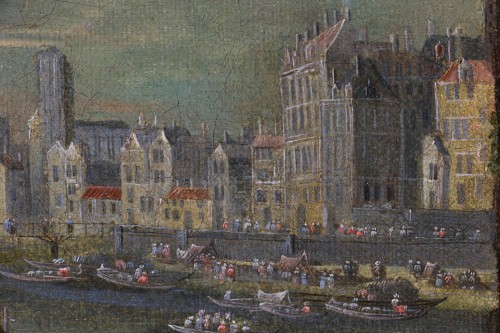 Our painting is a little gem of finesse. The artist offers us a view of a certainly imaginary port with a large number of meticulously represented characters.

Peter II Casteels is part of a large family of Flemish painters who worked in the 17th century. He is the son of Peter I and had himself two painter sons Peter III and Frans III CasteelIl. He entered the Guild of Saint Luke in Antwerp in 1673/1674 as the son of a master. Married to Elisabeth Bosschaert, he specialized in painting city views. These paintings are often in brown, green and gray tones. 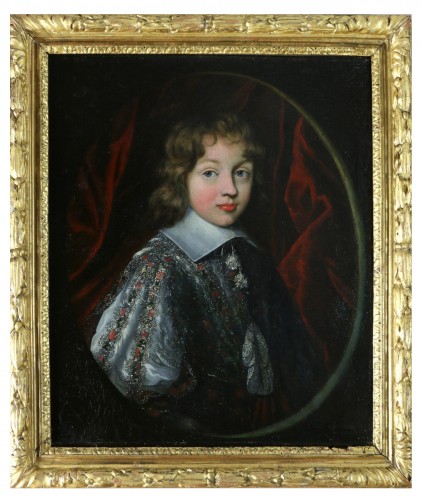