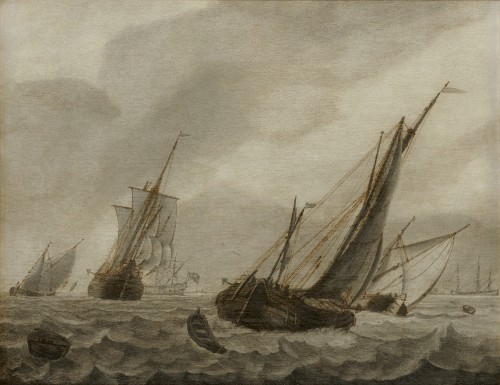 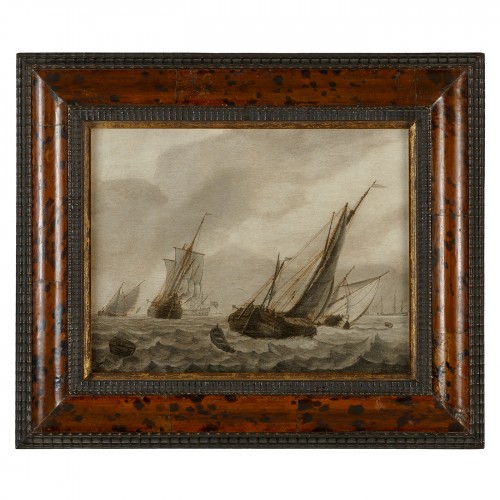 A ‘grisaille’ of Sailing Ships on Choppy Waters

Cornelis Pietersz de Mooy, was a Dutch marine and landscape draughtsman and painter born in Delfshaven and active in Rotterdam where he died. Only a few details of his private life are known and those of his career are even scarcer. He is best known for his monochrome 'pen-paintings', known in Holland as 'penschilderij'. The diagonal composition of his Ships in a Storm ( ca. 1675, collection of the Maritiem Museum, Rotterdam) showing a tilted ship and a rock protruding from the sea, is close to one of the seascapes by Hendrick Staets in the National Maritiem Museum, London and both derive from Jan Porcellis. It is also traditional in its emblematic depiction of a ship drawn towards a rocky coast, with another shipwreck and a tower in the distance that are represented as symbols of life’s dangers and hopes. A sea monster lurking in the waters of another of his works is reference to the perils of the sea.

Apart from imaginary scenes he depicted historical ships and topographical views, but treated from freely. The portrayal of East Indiaman and other Ships of Cape of Good Hope (kept in the collection of the Amsterdam Museum) is probably based on drawings and prints by other artists, rather than de Mooy’s own travels and direct observations. However, in 1681 he received a payment he from the East Indian Company. His known works date from the period 1664-1692 and are either signed with his monogram or C.P.Mooy(ij) in full. 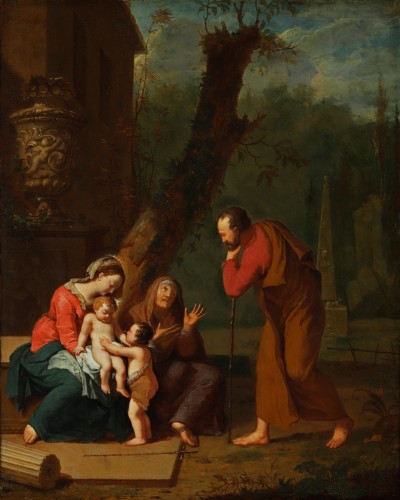 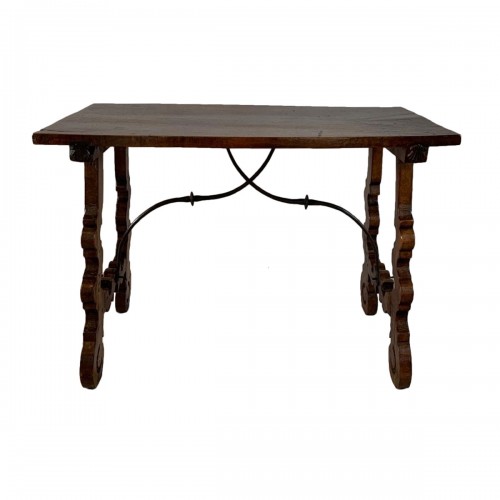