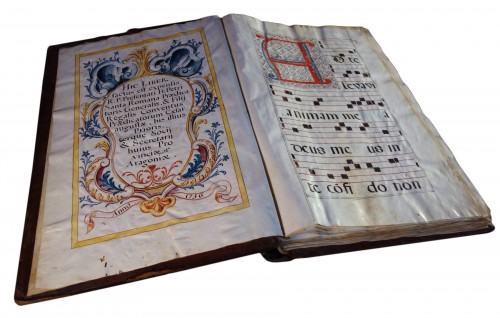 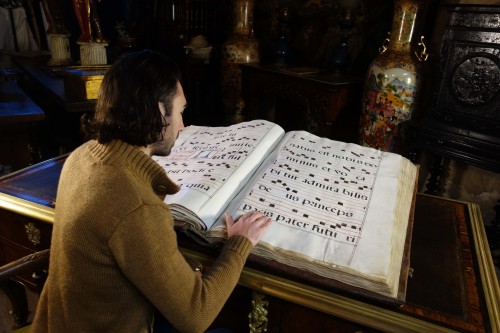 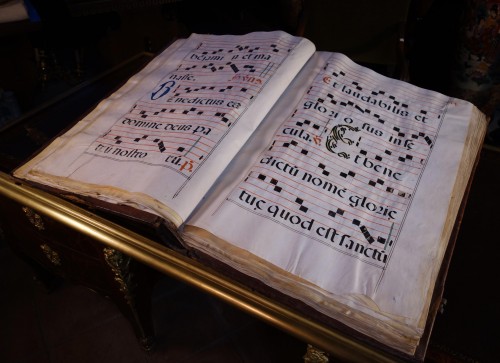 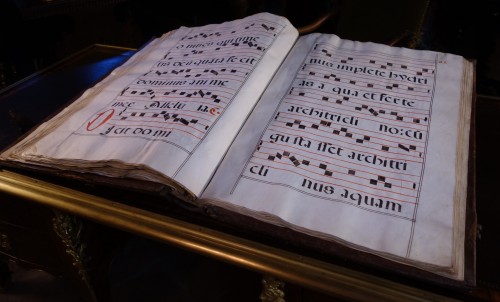 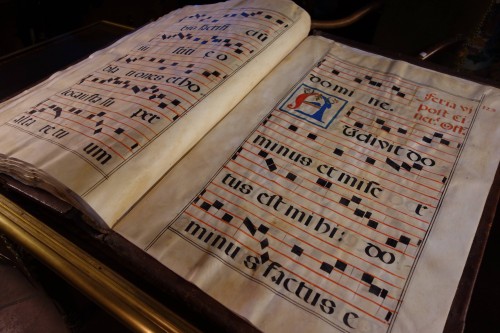 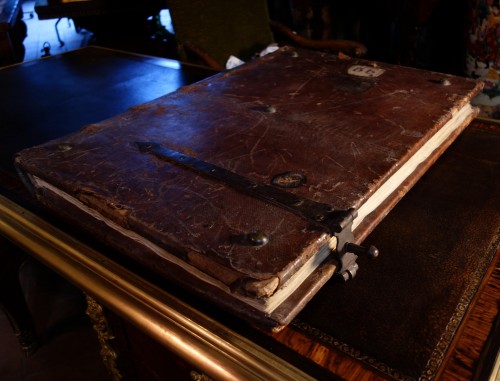 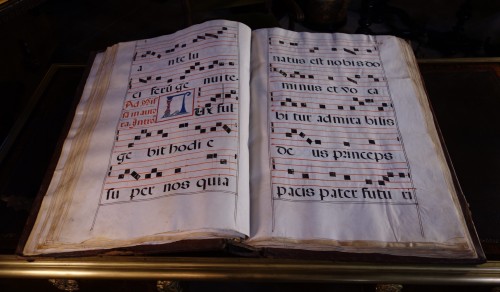 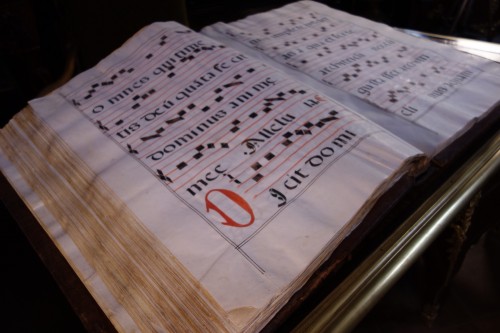 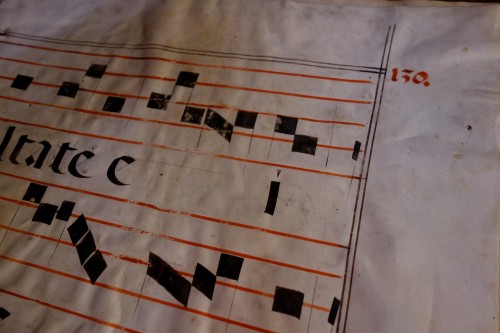 The Antiphonary is a Catholic liturgical book grouping together the scores of the offices devoted to prayer called Canonical Hours. This collection of Gregorian chants was used for the office but also for mass. It is recognized in particular by its square neumatic notation characteristic of the Gregorian style. Its name is derived from "antiphon" which is a song performed alternately by two choirs and present in the antiphonary.

The pages have 5 staves of 5 lines. The vellum pages, numbering 130, are numbered at the top right. They are decorated with interlacing, illuminations, initials. This important work was carried out in the scriptorium, the workshop annexed to the library where the manuscripts were copied manually. We notice on the lines and letters the traces of the tool used: a cut reed called a calame which was dipped in ink. This dictated a particular type of writing, called ductus, forming the letters of the antiphonary.

The inside cover, the most richly illuminated page, tells us about the origin of the sponsor belonging to the "Roman estates" of this important acquisition. It is stated that this antiphonary was produced for the order of the Dominicans of the province of Aragon:
“Hic liber factus eft expenfis R.P. prefentati Fr. Petri Santa Romana Praediea toris Generalis and Filij Regalis Conventus Praedicatorum Caefar auguftae, bis illius Prioris. Terque Socij and Secretarij huius Pro vinciae Aragoniae. "

The inscription on the back cover confirms this Dominican provenance.

The leather cover has a wrought iron clasp. The second is missing.

Important dimensions: a height of 85 cm for a width of 59 cm.

Wear on the cover. A few small gaps in vellum in the corner of some pages, a seam at the bottom of one of them. 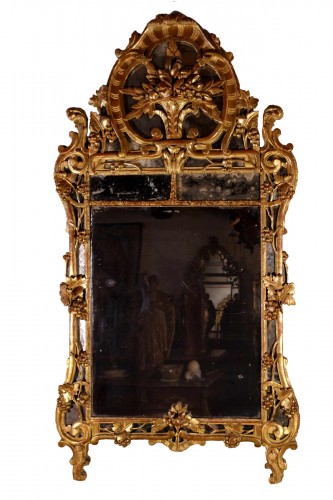 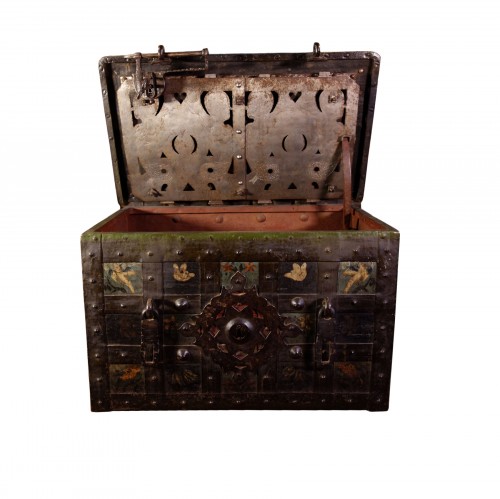 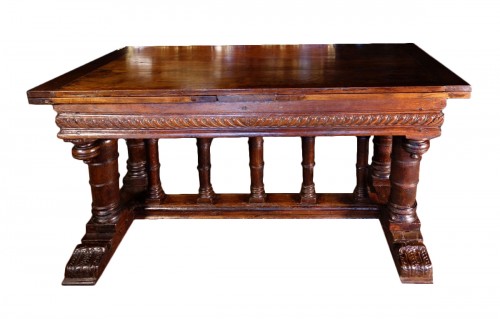 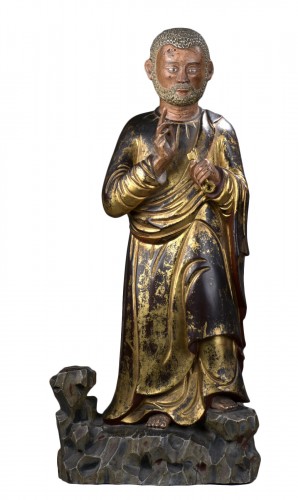 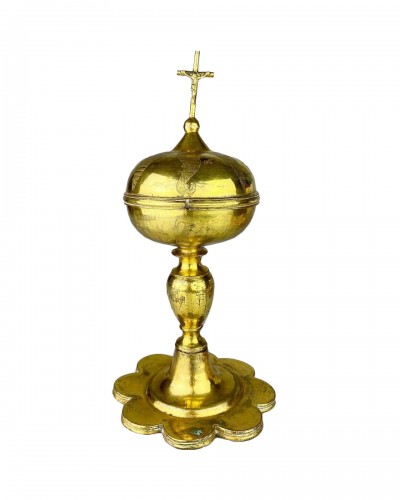 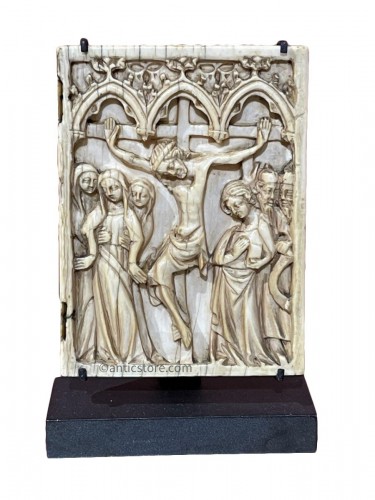 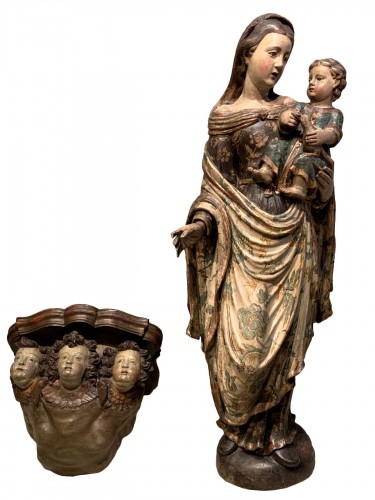 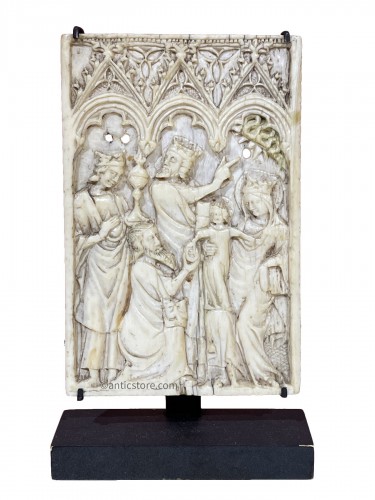 Ivory representing the Adoration of the Magi 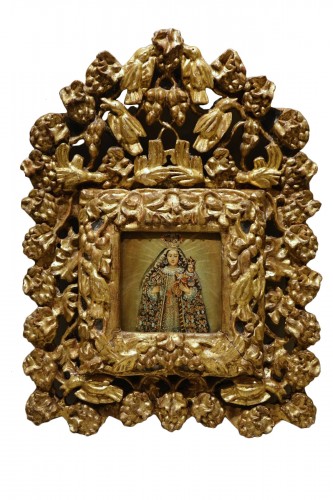