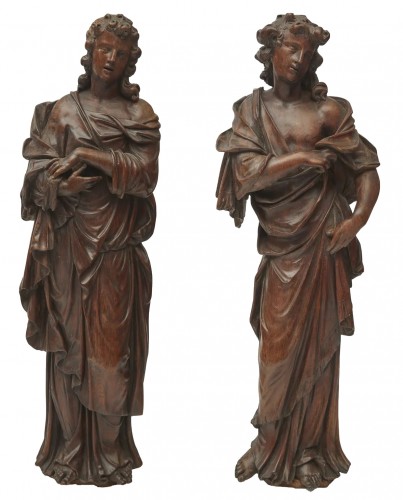 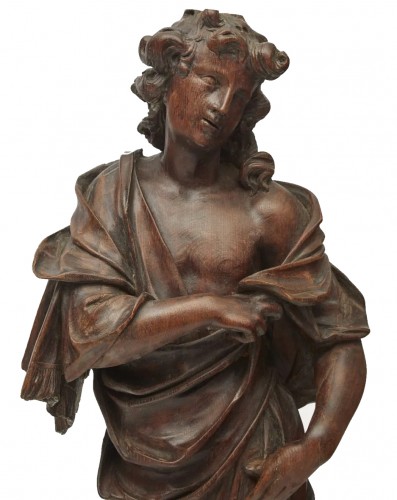 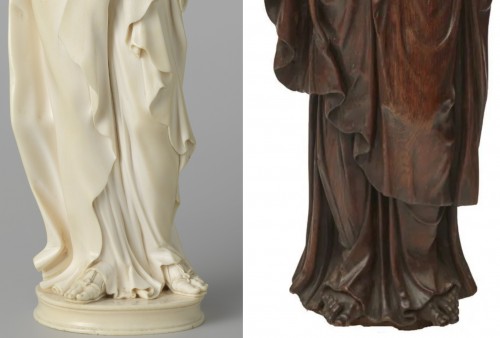 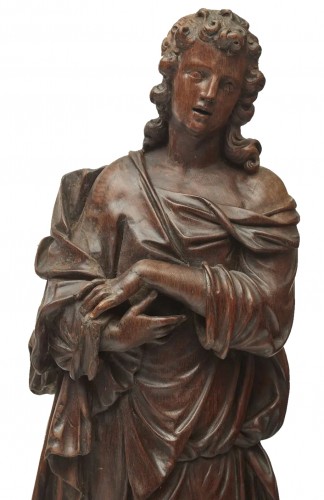 These figures of angels are carved in the round but the rear part is not carved, these pieces surely coming from a large religious or civil decoration dispersed. Similar figures frequently adorn confessionals and choir paneling in the southern Netherlands at the end of the 17th century and the beginning of the 18th century.

These statues are to be compared to the work of Mattheus van Beveren (1630-1691), in particular the figures of angels on either side of the high altar of Dendermonde, and his very slender figures with the drapery interrupted in movement, like the Virgin of the Rijksmuseum group, which shows a very similar fall of the folds on the feet (see photo below). This sculptor from the southern Netherlands, in charge of many commissions, was at the head of an important workshop in which many masters of the next generation were trained.

Composed of several pieces of oak pegged. Slits and two restored fingers. Some visible connections. The wood is preserved from attacks by xylophagous insects. 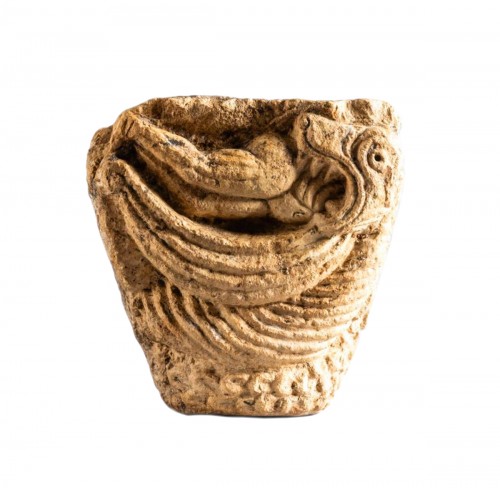 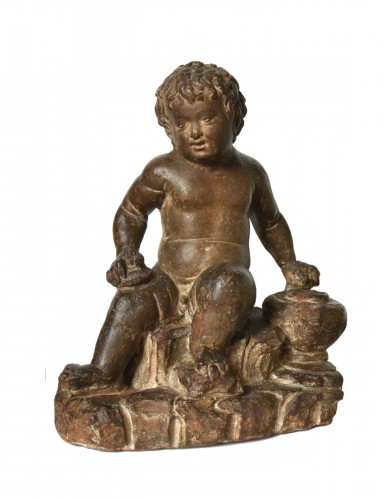 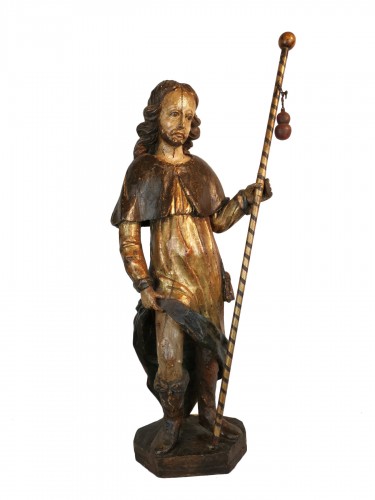 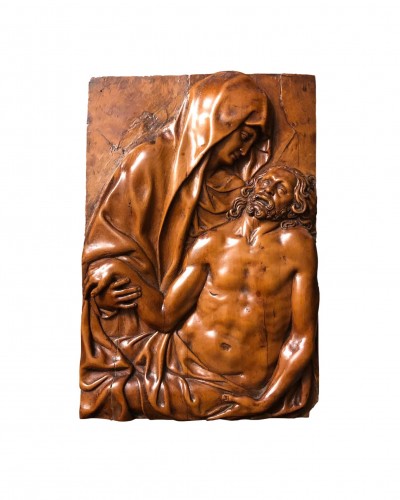 A boxwood relief with the Pieta 17th century 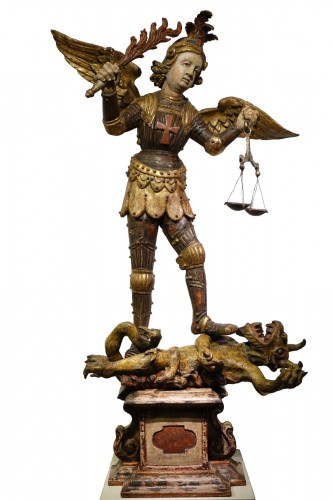 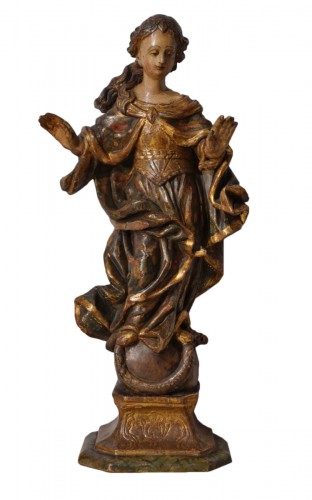 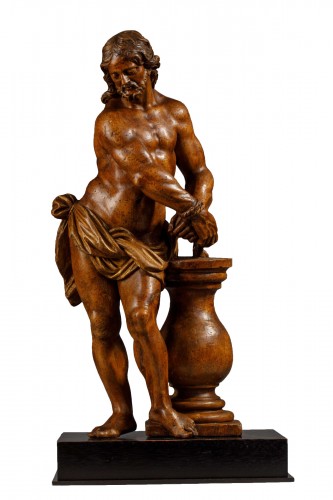