Pair of "Athenian" Louis XVI style cassolettes with the effigy of Bacchus. 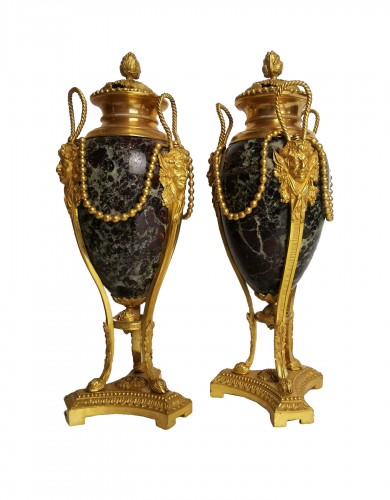 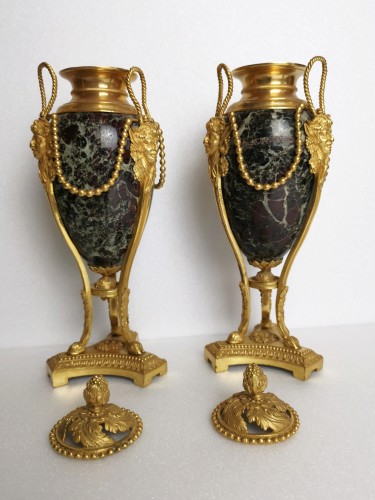 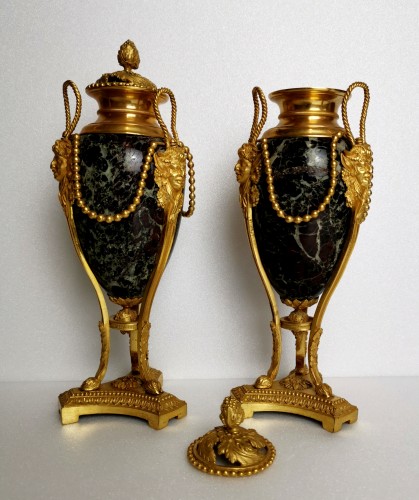 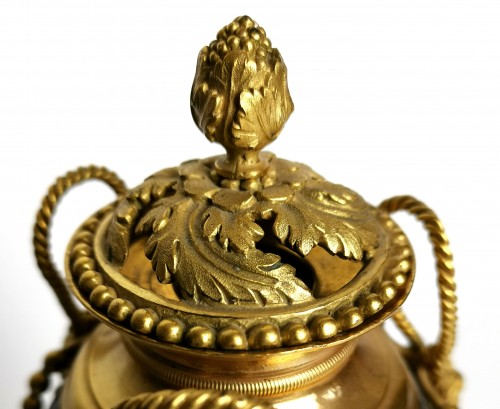 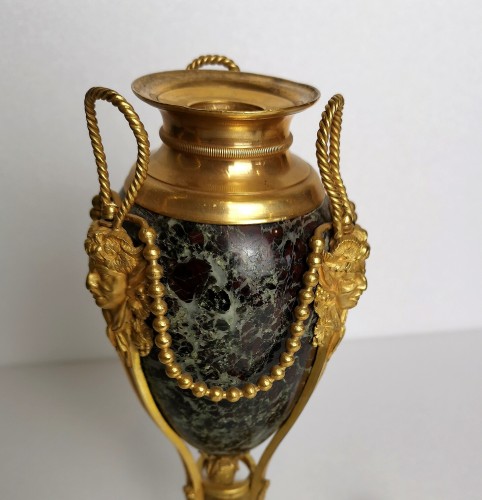 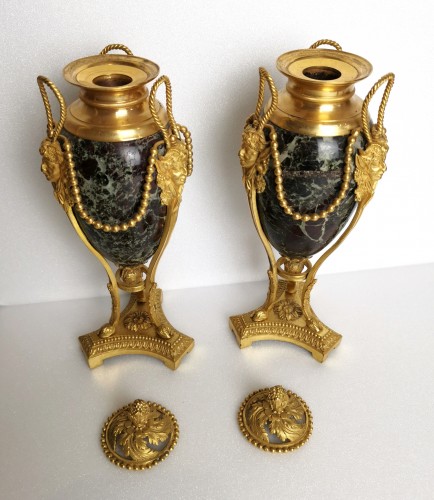 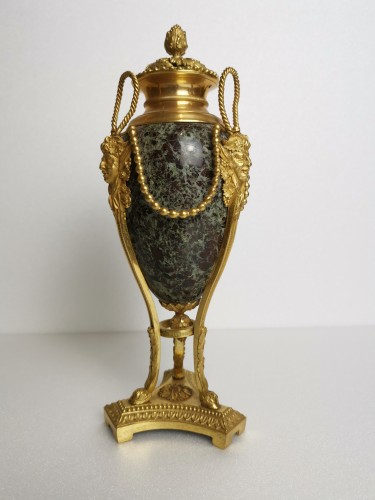 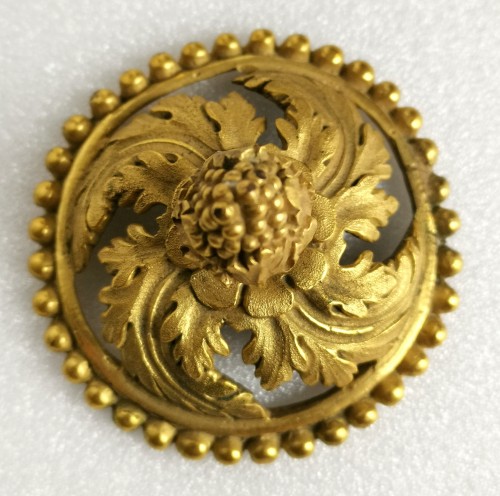 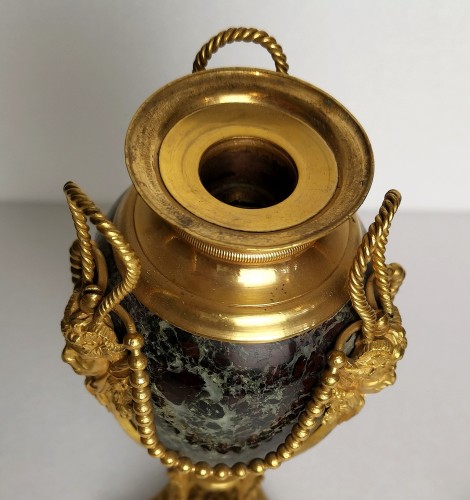 Pair of neoclassical "Athenian" cassolettes in sea green marble set with finely chiseled bronze and gilded with matte and bright gold in the Louis XVI style. Ornamentation inspired by Roman mythology with the effigy of Bacchus, the god of the vine, wine and its excesses. The main body consists of an ovoid vase in sea-green marble with a gilded bronze neckline encircled by a ribbed disk, set on a tripod base. The three legs are joined in the middle by a circular ring decorated with a scraper. Each leg is decorated with an acanthus leaf and punctuated with a caprid hoof. The whole rests on a triangular terrace with curved sides in steps, where fine grapes of heart on rows of pearls run. The Athenian is topped by a removable openwork cover, concealing the spigot and the wick of a candleholder. The latter is chiseled with a spiral of oak foliage and encircled by a row of pearls. As a grip, a pine cone topped with pearls centers its dome. On either side of the ovoid vase, the head of the god is set in marble, a beaded chain embellished halfway up with a rope unifying its two representations. Bacchus is represented there, the elongated and pointed ears, the dense and curly hair. The deity is represented with a scarf tied around his neck, from which bunches of grapes are released. Dimensions: Height 24.2cm, width 9.4cm. Parisian work of the19th century. These cassolettes find their source in the tripods of the Roman period discovered during the excavations of Herculaneum and Pompeii. These new forms were taken up and reinterpreted by the great Parisian craftsmen of the reign of Louis XVI, then of the empire by giving them new functions, no longer dedicated to the cult, but as domestic object. 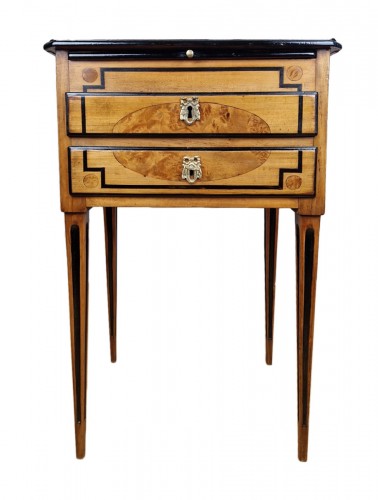 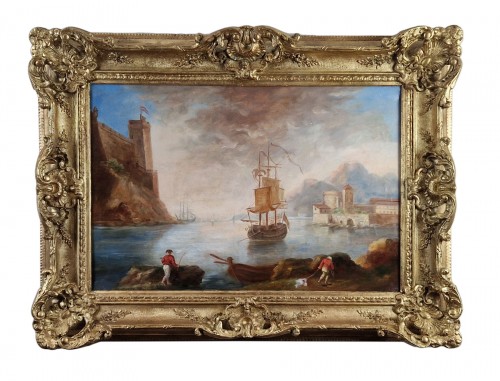 The return from fishing at sunset after Claude-Joseph Vernet 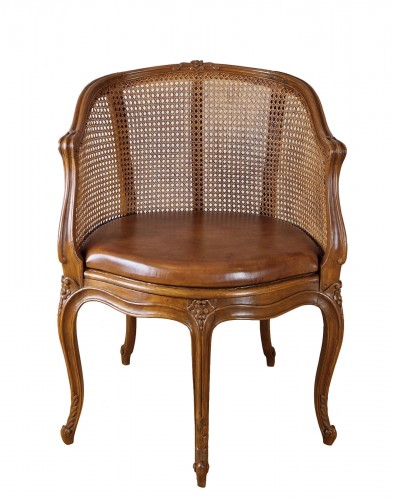 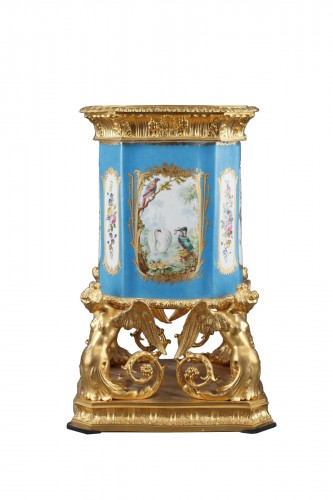 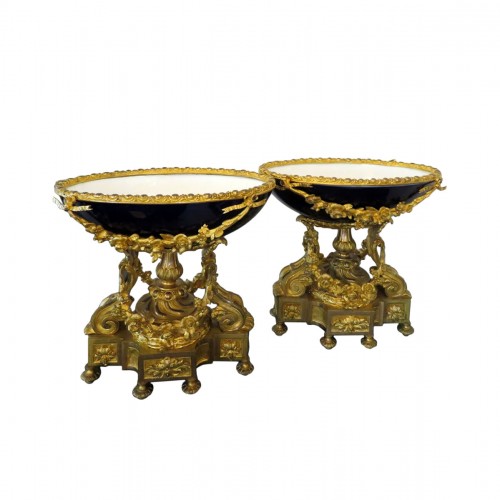 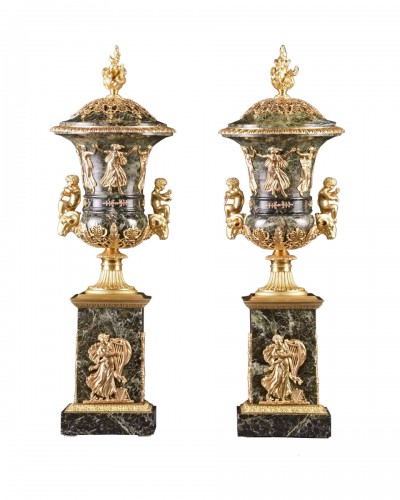 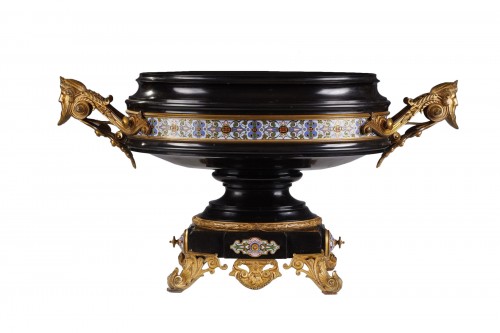 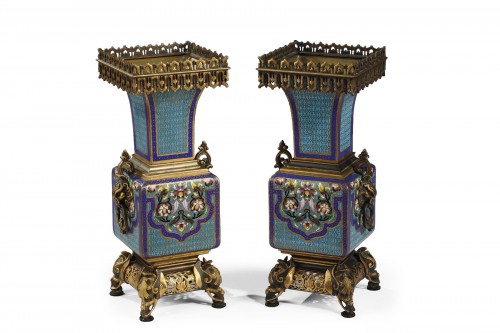