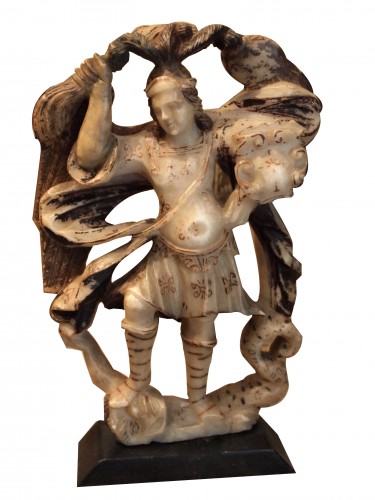 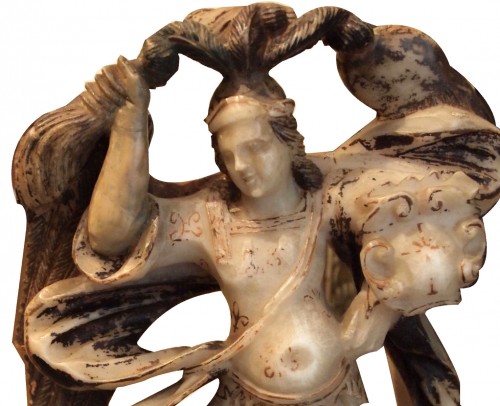 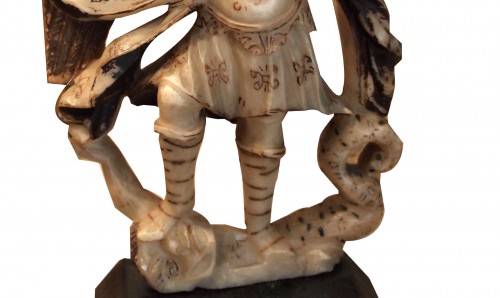 Alabaster is a material, used in stone cutting and sculpture.
We find its trace from antiquity. It came back into fashion in the 12th century and during the Renaissance.
White and translucent when pure, alabaster is often associated with various oxides, including iron, which gives it various colors (yellow, brown, red, orange, pink), often distributed in bands.

Saint Michael has several facets.
Quoted in the book of Daniel, in the Bible, as the first of the princes and guardians of Israel.

In the New Testament, he is defined as an archangel.
In the apocalypse, he is the one who leads the army of angels to fight the dragon, which he succeeds in defeating. 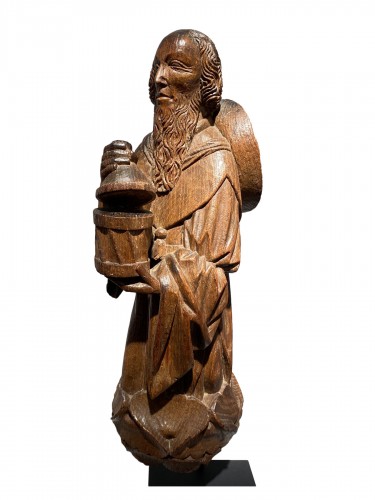 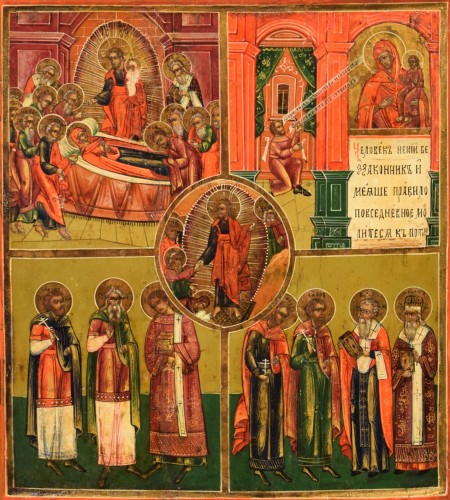 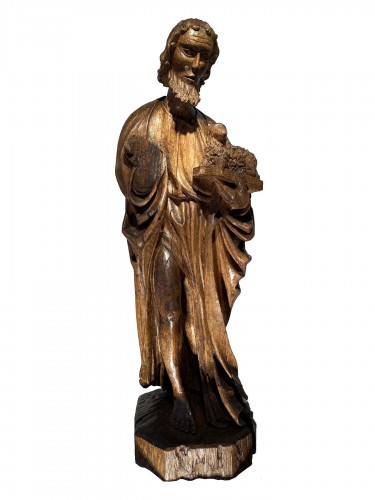 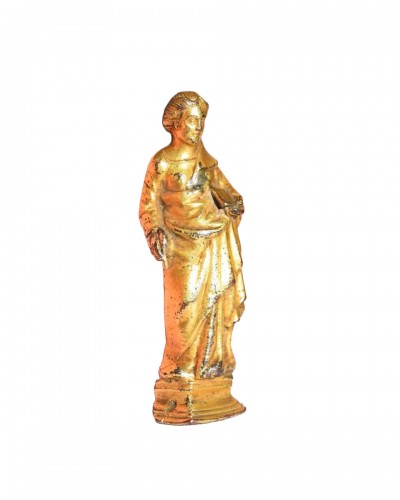 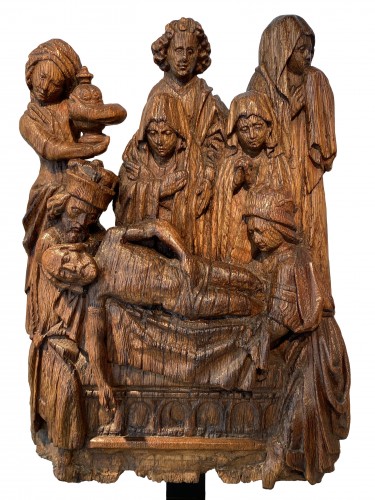 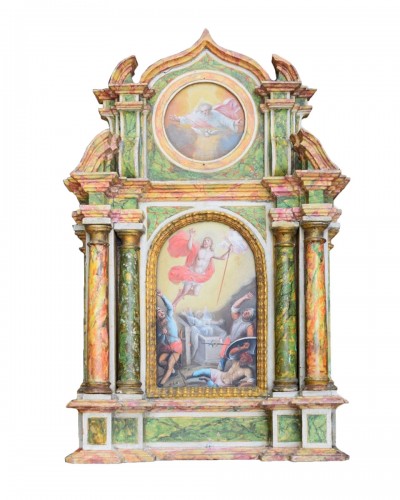