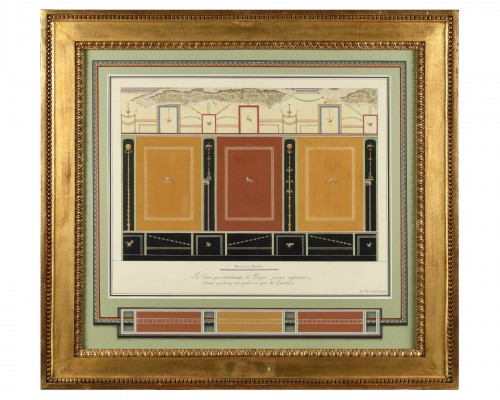 Study of a mural decoration discovered in Pompeii.
Ink and gouache on paper. Louis XVI period frame.
Signed and dated 1792.
Inscribed "In casa pseudourbana di Pompei, piano inferiore. Parte per lungo del portico en giro del giardino", translated as "In the pseudo-urban house of Pompeii, lower floor. It runs along the portico around the garden".


Interest in antique paintings increased during the 18th century. While the site of Pompeii had been known for more than a century, the creation of removing fragments of paintings techniques enabled collectors to brought them out of the buried places where they had been discovered. They were displayed in palaces and artists were free to make copies of them. The diffusion allowed by these representations created the desire for artistocrats to acquire their own reproductions, especially during their Grand Tour.
With the discovery of Herculaneum, the will for preservation and an organized study developed on the Italian archaeological sites. Archaeological excavations were carried out from the 1740s and our painting is a testimony of this need to give a study of the wall paintings, with their location on the site.
Giuseppe Chiantarelli precisely represented the decorations, but also parts of the wall that have been damaged by time. This representation was part of those objects that were much appreciated for their aesthetic qualities while feeding the salons debates on antique art. 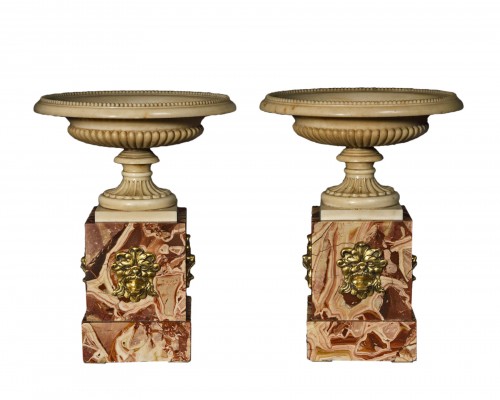