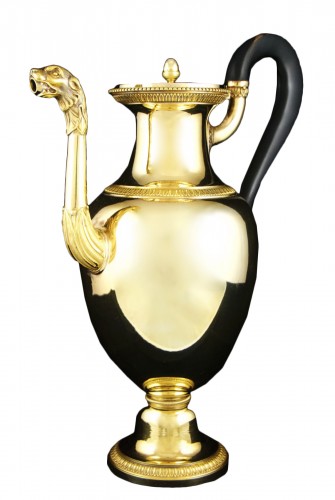 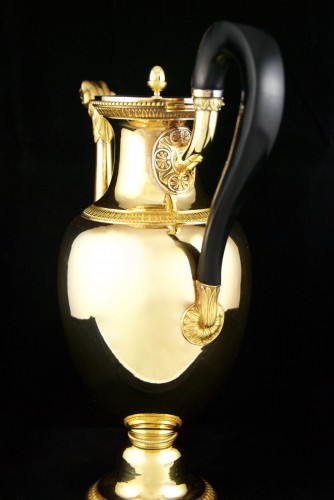 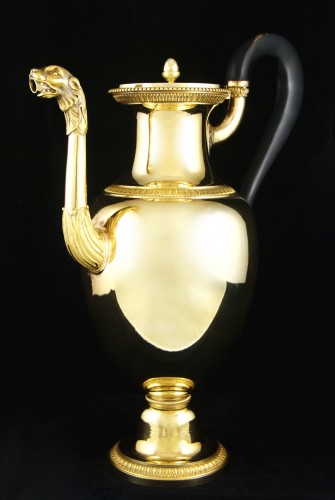 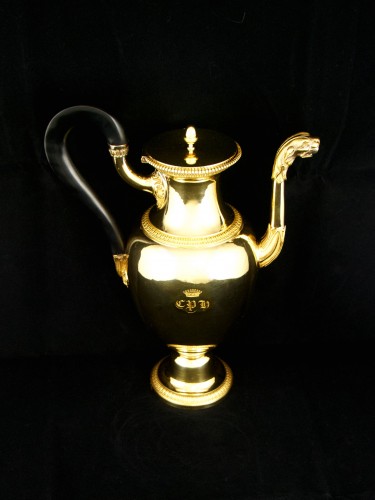 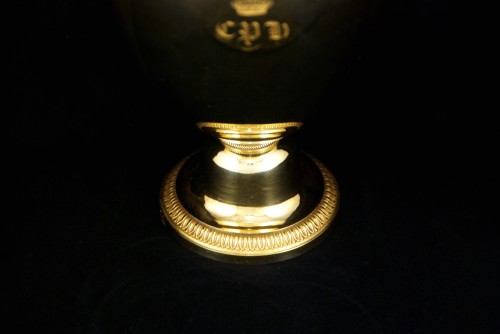 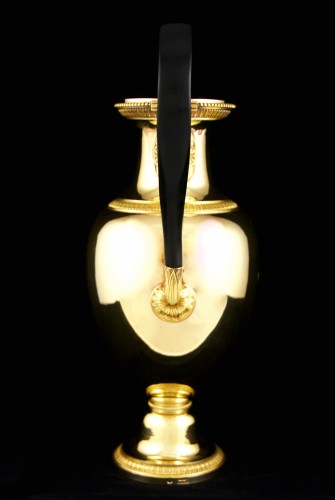 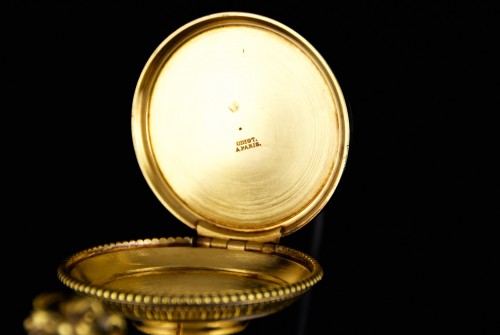 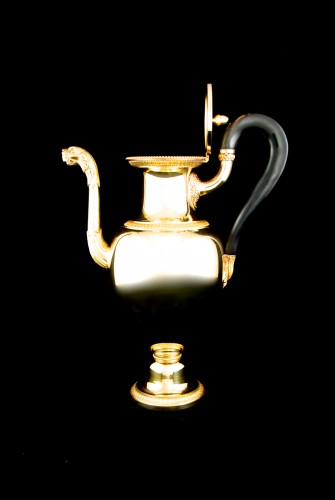 Tea or coffee pot in 950 thousandths solid silver plated with fine gold, outside and inside, by the silversmith Charles-Nicolas ODIOT.
It is of a high quality of execution and receives a decoration of friezes of laurel leaves, pearls, water leaves, the superb foliated fasteners adorned with palms and flowers, the grip in the form of an acorn. The end of the spout takes the shape of a lion with delicate and powerful carving.

It is engraved with the monogram "CPH" under an earl's crown.

His grandson Jean-Baptiste-Claude ODIOT (1763-1850) made during the first quarter of the 19th century the family house the most prosperous French goldsmith's house and the most frequented by all the European courts of his time. He is one of the most illustrious silversmiths in the Empire and delivered pieces of immense prestige such as the scepter and sword of the Coronation, the Roi de Rome cradle, the toilet of the Empress Marie-Louise, the personal campaign service of the Emperor or the immense services of Madame Mère and Pauline Borghese.

His son, Charles-Nicolas ODIOT, succeeds his father with dignity and becomes the official supplier to King LOUIS-PHILIPPE and the Orleans family, then to King CHARLES X.

Gustave ODIOT, his son, keeps the House at the top and carries out the largest order that the ODIOT House has ever received, that is, three thousand solid gold cutlery for the viceroy of Egypt Saïd Pasha. He also received the title of Supplier to the Court from His Imperial Majesty the Tsar.

Since this period the ODIOT house, still in activity, remains one of the most prestigious and luxurious goldsmith's house in the world.
ODIOT's pieces adorn the most important private collections of goldsmiths but also the collections of the most prestigious public institutions, in France such as LE MUSÉE DU LOUVRE, LE MUSÉE DES ARTS DÉCORATIFS, LE MOBILIER NATIONAL, but also abroad such as as the METROPOLITAN MUSEUM or the MOMA in New York and the VICTORIA & ALBERT MUSEUM or the BRITISH MUSEUM in London. 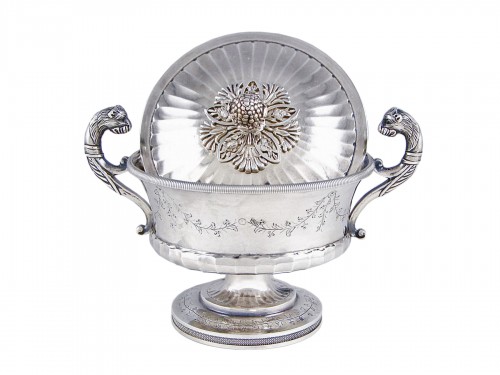 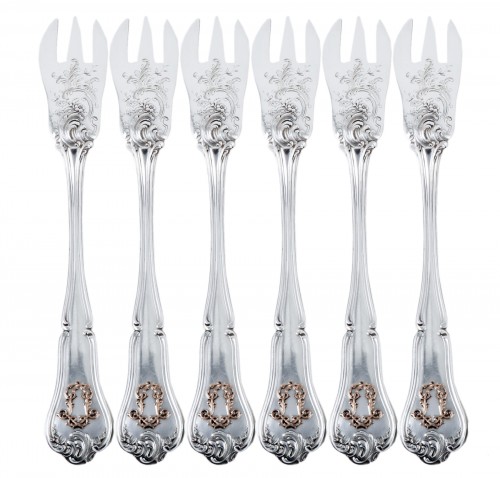 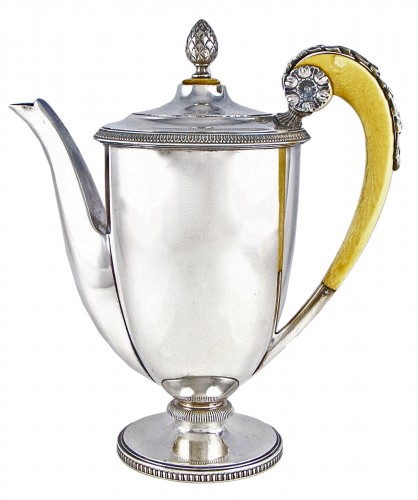 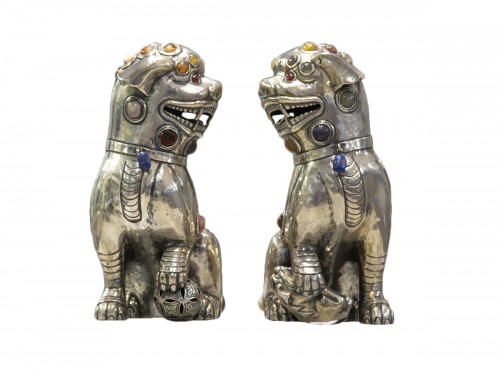 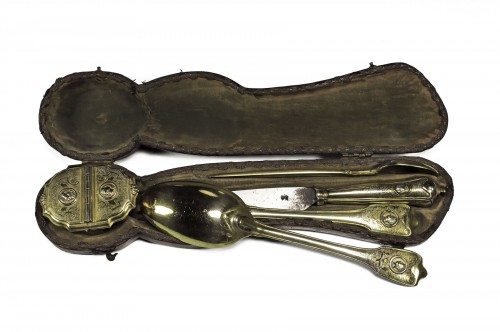 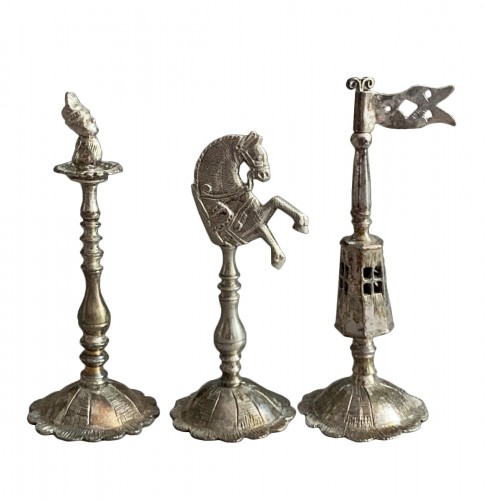 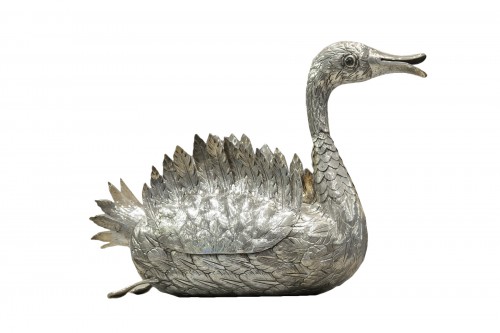 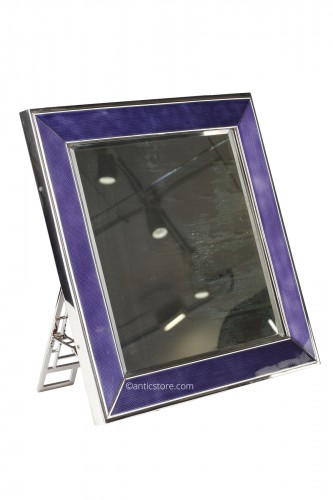