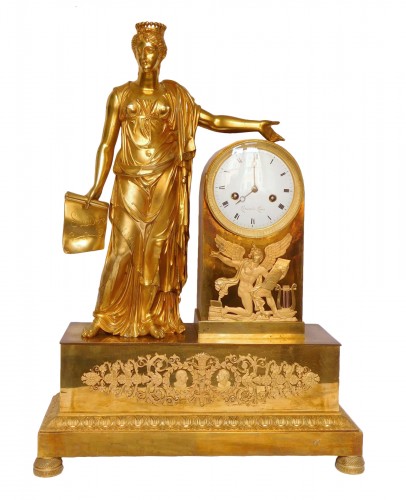 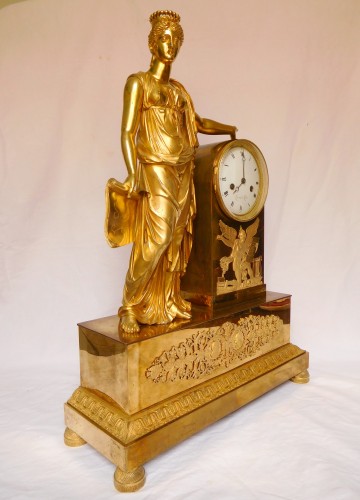 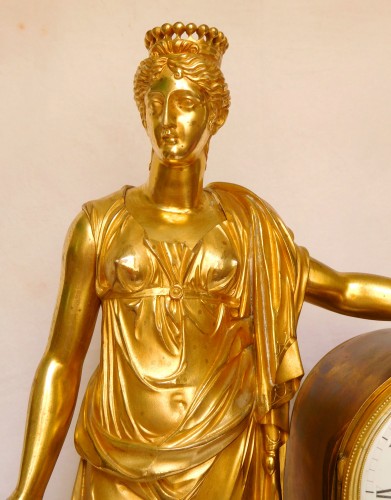 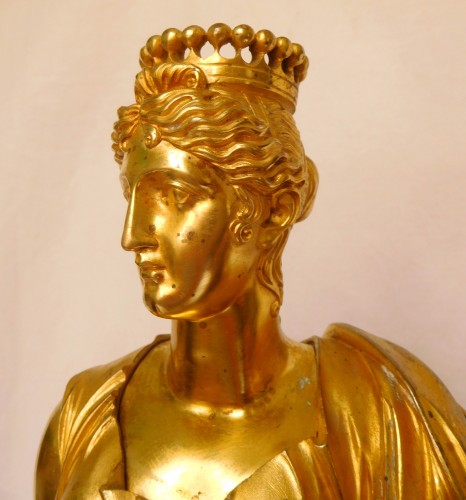 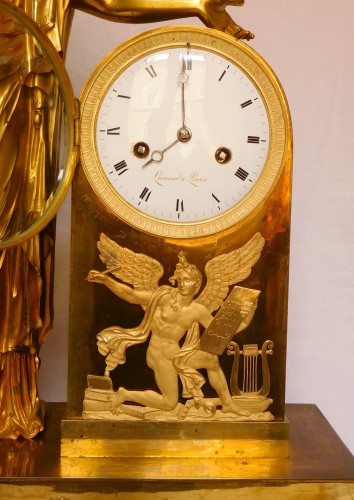 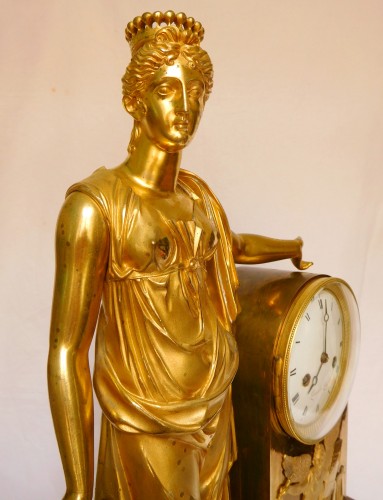 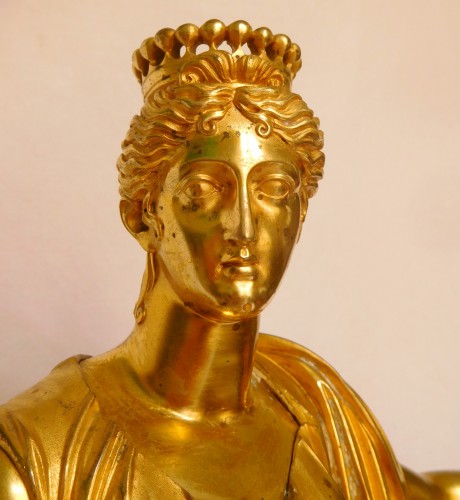 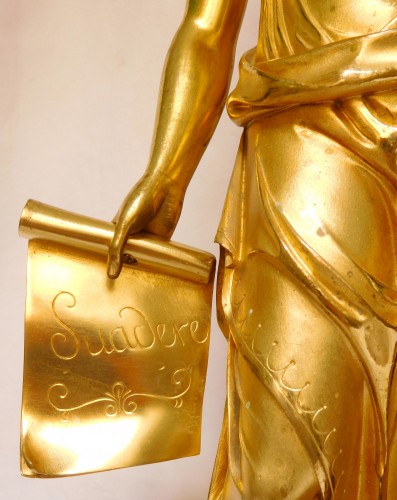 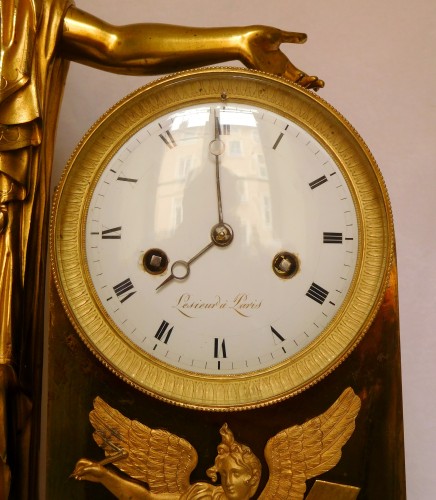 Tall Empire ormolu clock. It represents the allegory of diplomacy as a crowned woman dressed in an antique tunic, holding in one hand a scroll with the word "suadere" (to persuade, to convince in Latin) and showing with the other hand the dial of the clock which symbolizes the passing of time.

Our mantel clock is known as the Allegory of Diplomacy, a model of Thomire listed by Hans Ottomeyer in his reference work "Vergoldete Bronzen - Die Bronzearbeiten des Spätbarock und Klassizismus, München 1986", page 347. The dial and the mechanism at the back are signed by Lesieur. Empire style, Restoration period, Thomire et Cie period, 1820-1830s.

* Pierre-Philippe Thomire (1751-1843) was one of the most remarkable bronziers of his generation who raised this profession under the Empire to its highest level of quality while creating, in the early years of the 19th century, an industrial company, illustration of the excellence of French industry at that time.
* Lesieur was a watchmaker based in Paris rue de la Verrerie under the Restoration. He is known for having regularly collaborated with Thomire.

Besides its spectacular size and the quality of its execution, our pendulum is interesting for its seditious message against Napoleon during the Congress of Vienna, a major event in diplomacy at the start of the 19th century.
The goddess of diplomacy has a crowned head and symbolizes the monarchs gathered in Vienna. The induced message is twofold: time is the best ally to convince and overcomes everything and everyone (meaning Napoleon !).

Beautiful and spectacular model (60cm high when a classic clock is usually 40 to 50cm high), made by two of the greatest artists of their time. 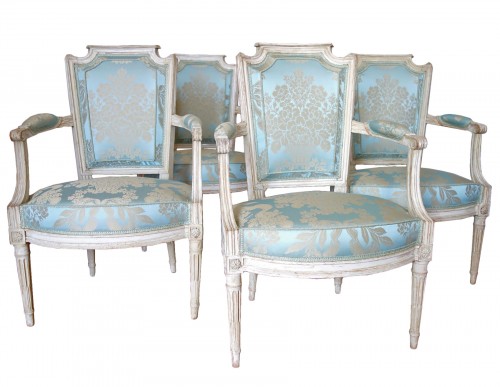 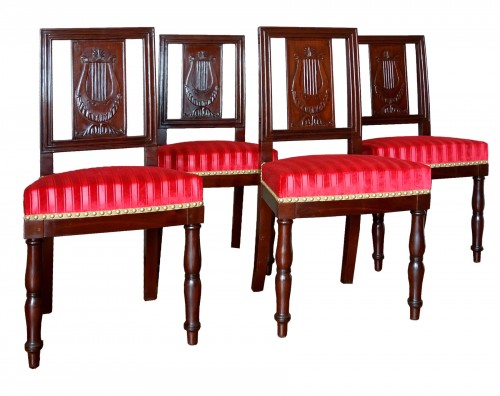 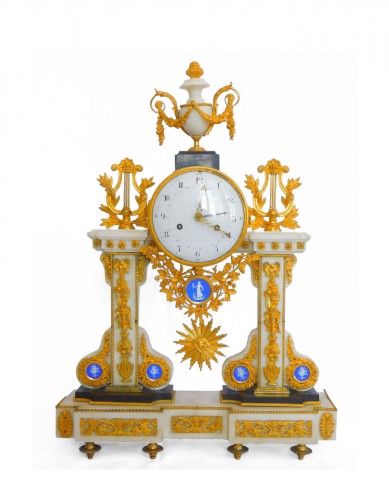