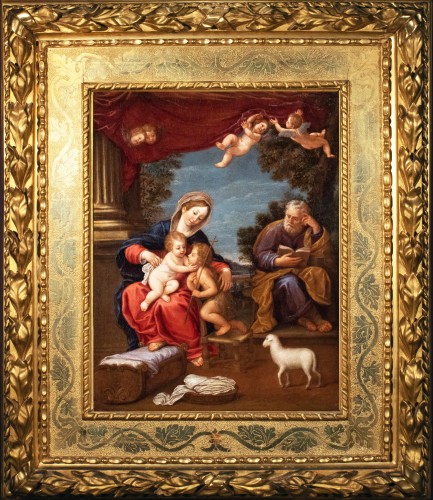 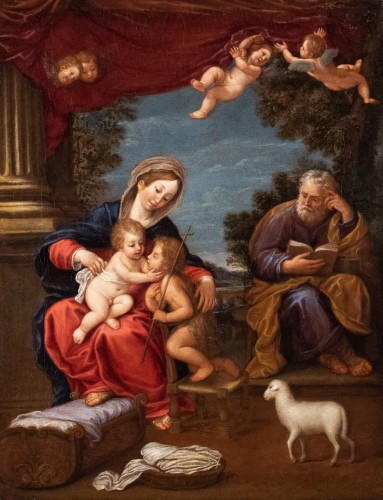 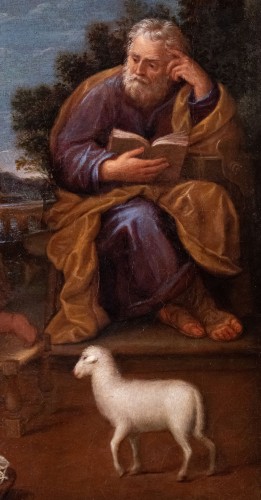 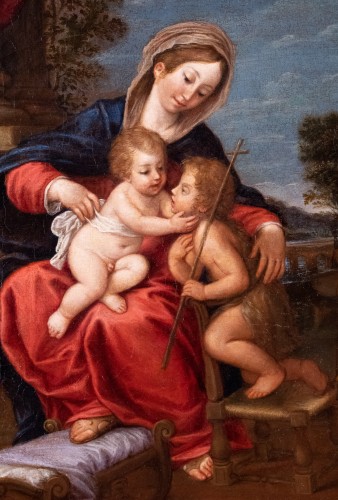 The Holy Family with St. John the Baptist , oil on canvas , 52 x 40 cm , with the frame 82 cm x 70 cm , Bolognese school of the 17th century , entourage of Francesco Albani , known as the Albane .
The scene represents the Holy Family with St. John the Baptist and appears as a joyful family reunion. In reality it is not, St. Joseph seems to read a book, in fact his worried look turns to the stick in the form of a cross that holds St. John the Baptist and he turns to Jesus and the latter extends his hand to the stick, showing the acceptance of his fate. Note the presence of a lamb in the foreground that symbolizes the submission to the will of God and by the same token the future sacrifice.
Francesco Albani was born in Bologna on August 15, 1578 and died in the same city on October 4, 1660. He painted as many allegorical subjects as religious ones.
Our painting is to be compared with the painting The Holy Family with Angels in the Museum of Fine Arts in Boston. 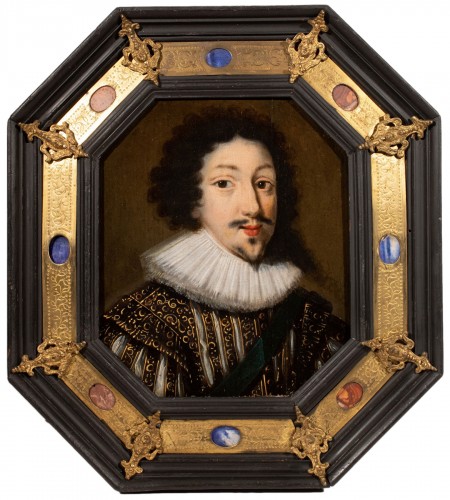