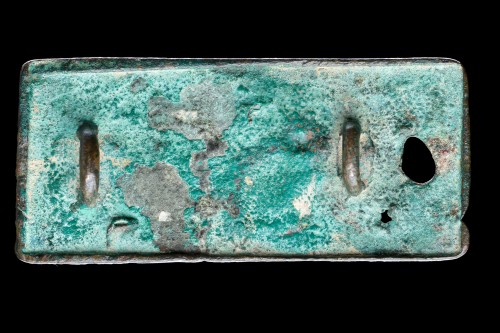 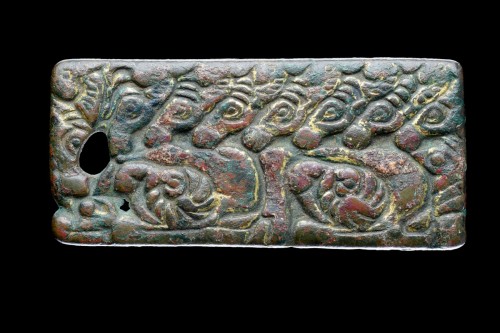 An Interesting Ancient Chinese Gilt Bronze Rectangular Plaque Cast with a Row of Antelope Heads Over Two Argali Rams Pierced with a Hole to One End
The reverse set with two lugs for attachment and malachite encrustation incorporating the cloth used in the casting process
Traces of gilding over a brownish red patina
Qin-Western Han Period 3rd - 2nd Century B.C

cf: Emma C. Bunker, ‘Lost Wax and Lost Textile: An Unusual Ancient Technique for Casting Gold Belt Plaques’ A paper read at the Second International Conference on the beginning of the use of metals and alloys, Zhengzhou, China 21 - 26 October, 1986 which discusses very similar plaques and the way they were cast

Qin Shi Huangdi was one of the most powerful men in world history. He is renowned for the ruthless manner in which he obliterated the other states of his day. Of all the men who have considered themselves the mightiest in the world in their lifetime, he was probably the most justified in doing so. He created the largest and most powerful empire in the world, both in geographical size and in population. Although his remarkable dynasty lasted for only 15 years, the empire he established lasted for more than 2000 years and on into the 20th century. The name of his dynasty Qin, or Cina, China has long been the name by which the entire country has been known to the West. A ‘control freak’ and megalomaniacal in his methods of achieving control, he was also deeply superstitious, and began building his mausoleum as soon as he became King of Qin in 246 B.C. His one great desire was to achieve immortality for himself and his dynasty, one that would last for 10,000 years, rather than the fifteen it actually did. 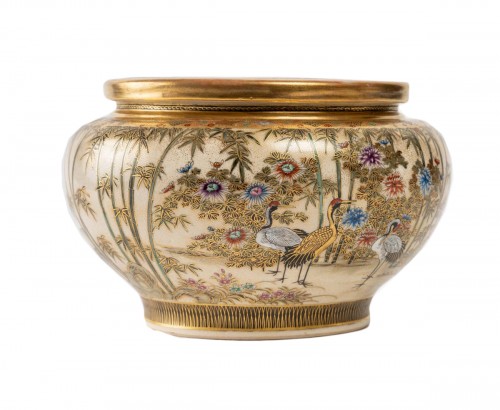