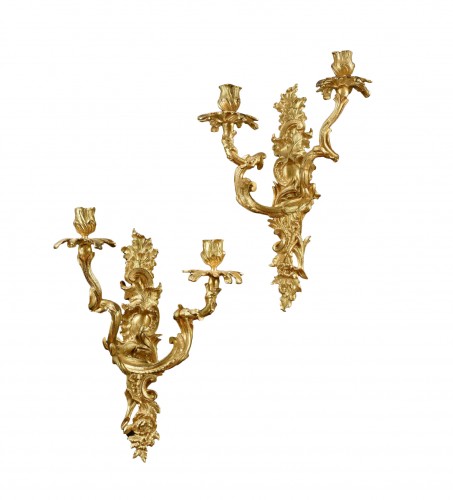 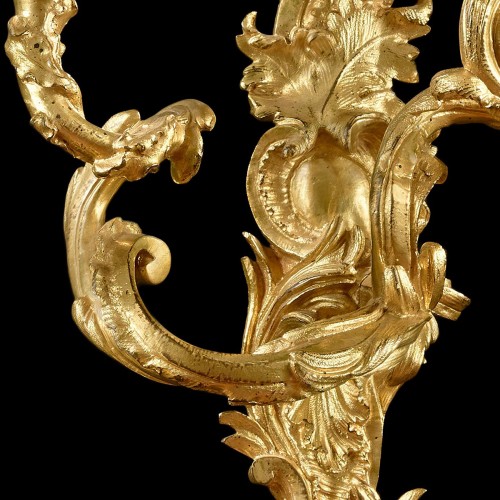 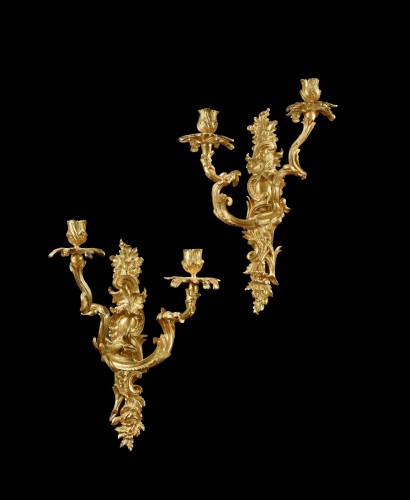 Marked with a crowned "C", indicating the period 1745 - 1749 when the bronzes were taxed
Gilded and chiseled bronze

The shaft with sinuous lines is decorated with leaves, flowers and scrolls with a shell at the bottom. It ends at the bottom with a bouquet of flowers and leaves.
It supports two asymmetrical arms of light, sculpted with foliage, coming from a cartouche. The bobeches and the binnacles are also finely chiseled with moving leaves.

The punch with the crowned C
An edict of 1745 obliged bronze makers to stamp their work with a small distinctive letter: a C topped by a crown, thus subjecting them to the payment of a tax.
This tax applied to "all old and new works of pure copper, cast iron, bronze and others, mixed copper, ground, beaten, forged, engraved, gilded, silvered and colored without any exception". On February 4, 1749 a decree of the Council put an end to this obligation which was probably linked to the end of the war of the Austrian succession whose financing had caused the creation of many small taxes.
The text specifies that it concerns "any old or new work". It is therefore possible to find it on pieces before 1745. It is sufficient that the object is subjected to a new layer of gilding or that it passes in the trade during these four years, such is the case of certain pieces of furniture of André-Charles Boulle, of the time Louis XIV, but whose success was prolonged. 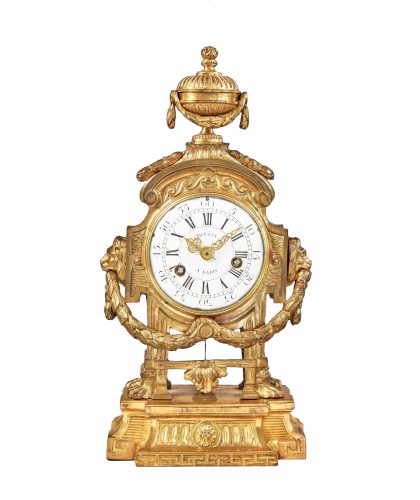 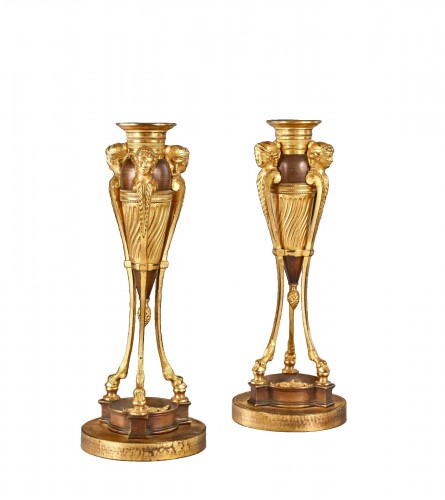 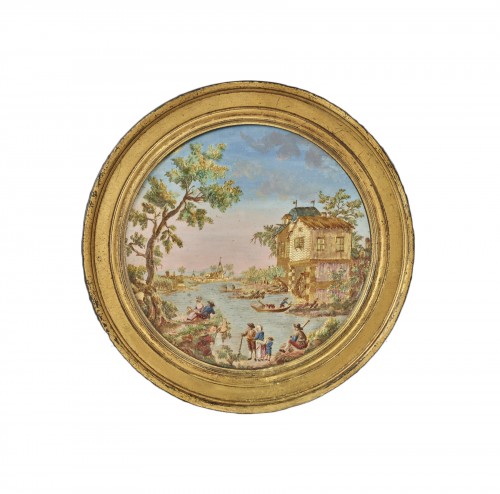 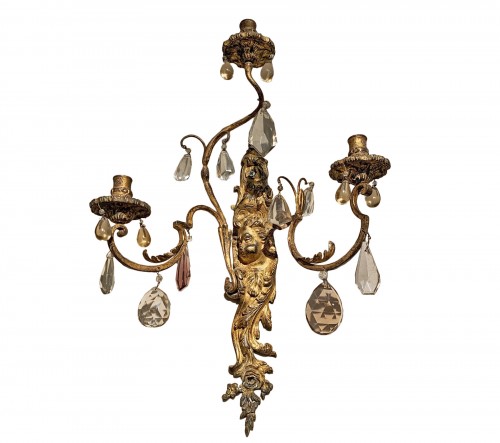 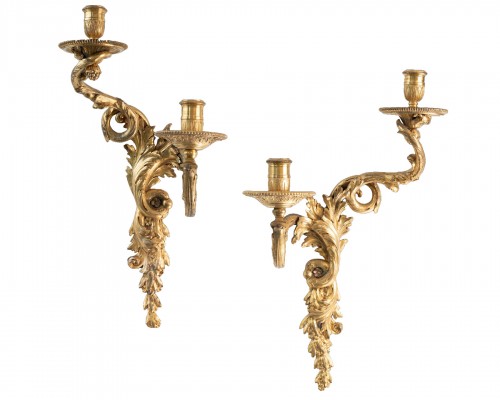 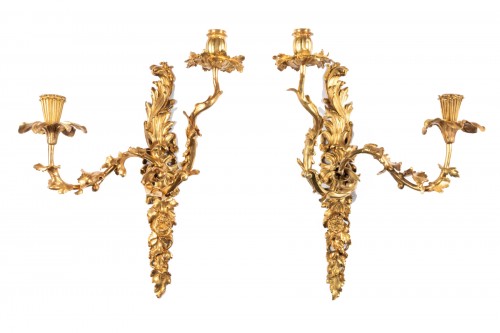 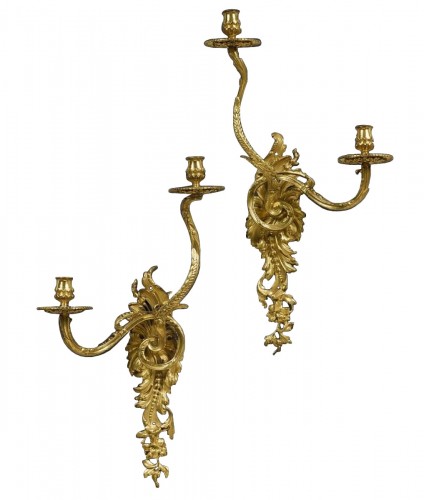 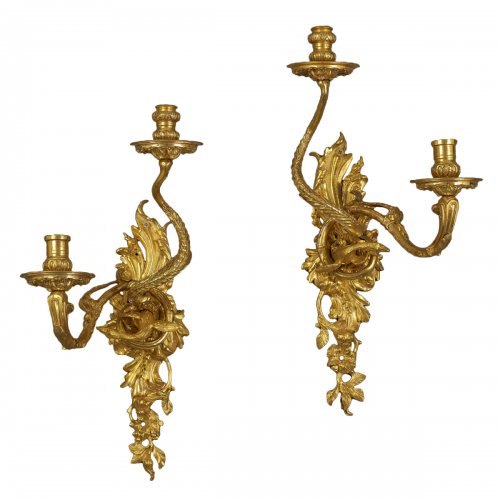