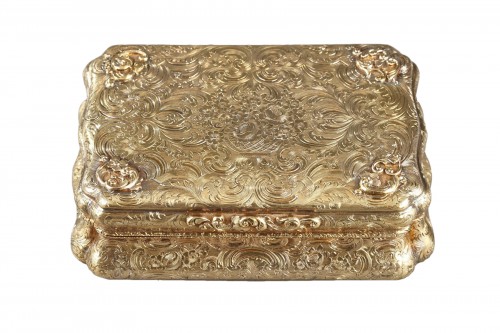 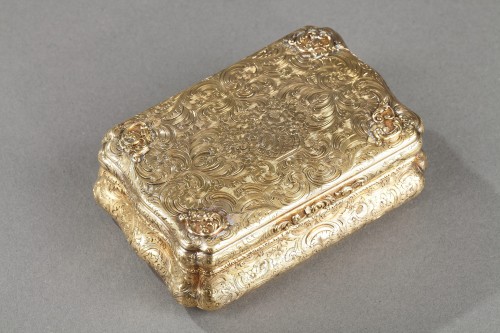 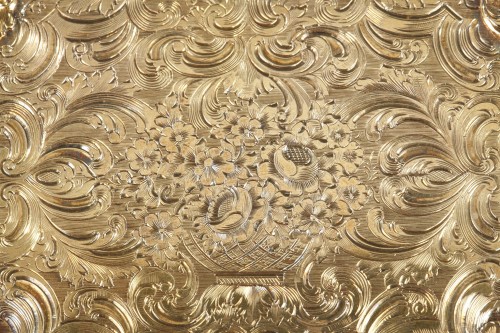 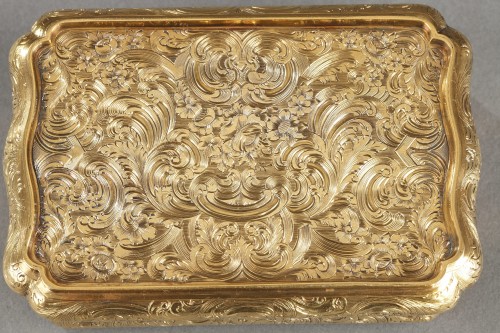 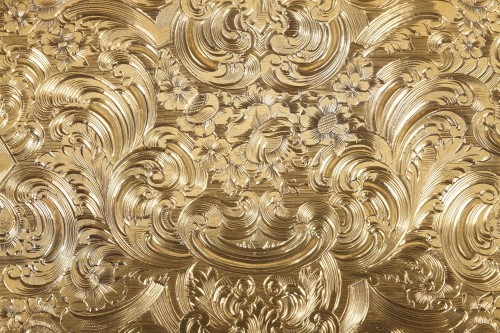 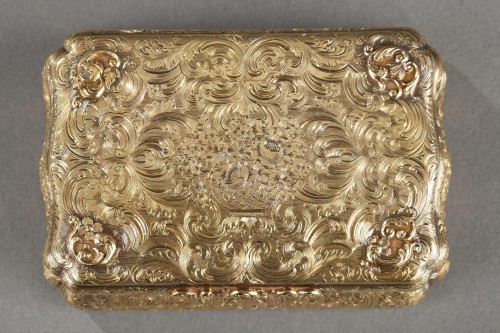 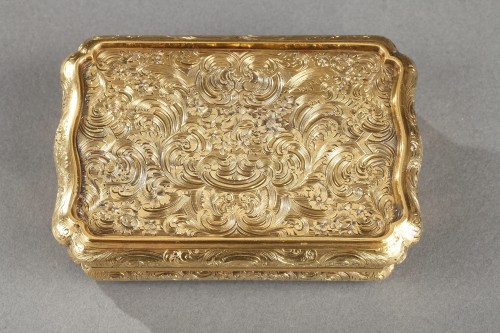 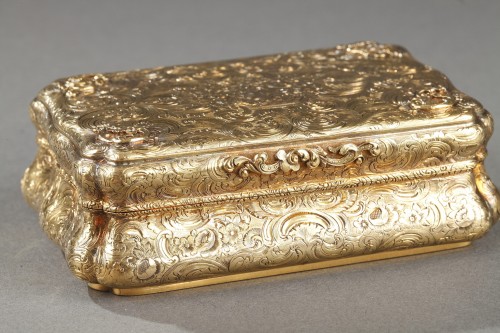 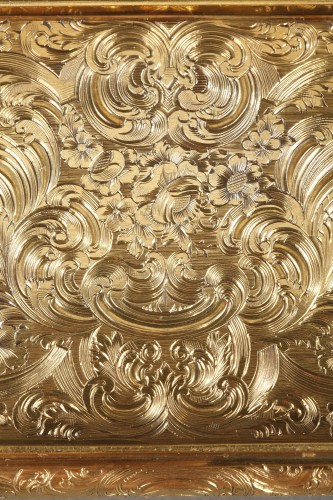 A cartouche-shaped gold box. The hinged lid, the base and the sides are chiseled with flowers and scrolls as well as rocaille patterns in slight relief. The lid has a chiseled bouquet of flower in its center in a basket. On the back of the lid an inscription has been engraved "PRESENTED BY JOHN BASTARD ESQ TO THOMAS DAWSON ON HIS WINNING THE NORTHUMBERLAND PLATE WITH STILTON. JUNE 1852".
This is a box donated by John Bastard IV; esquire and captain of the horse guards of Queen Victoria; as a reward for the famous horse race of which the winner was in 1852 the horse named Stilton.
This box presente the marks of Hanau, famous for its goldsmithing center from the 18th century. This snuffbox was created by Charles Colin's workshops at the middle of the 19th century.
Anna Petronella Souchay (1753-1851), daughter of the goldsmith Marc André Souchay (1730-1811) married Charles Colin (1749-1817) in Hanau on January 15, 1776. Her son Jacques Charles Colin (1825 -1870) joined forces with the Söhne.
Weight: 4oz ( 114g).
L: 9 cm.
German work HANAU gold marks mid-19th century.
Goldsmith: CCS. 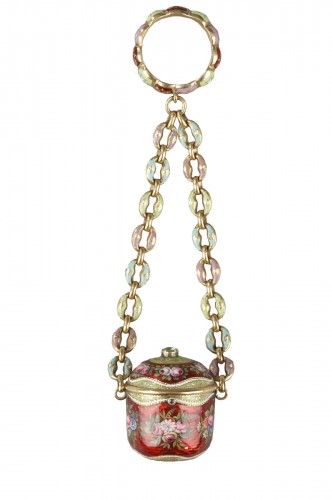 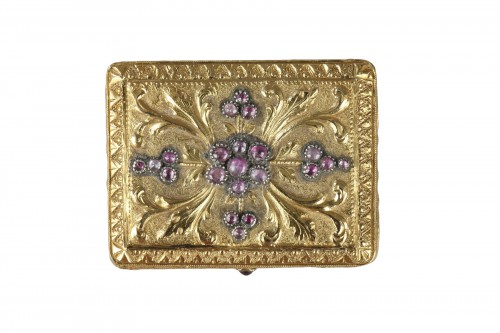 gold vinaigrette with a hinged lid 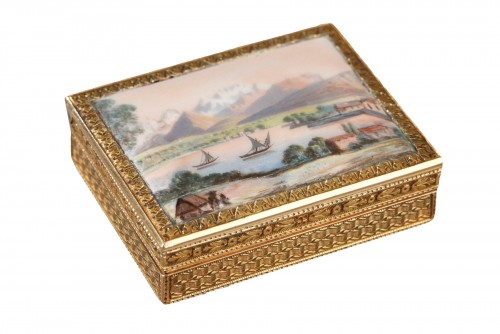 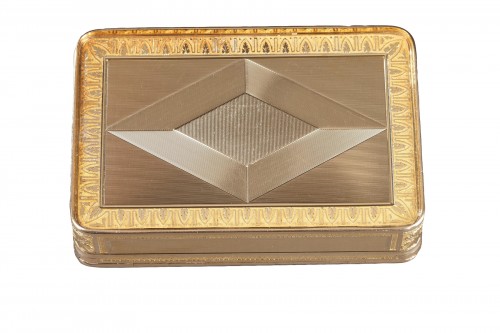 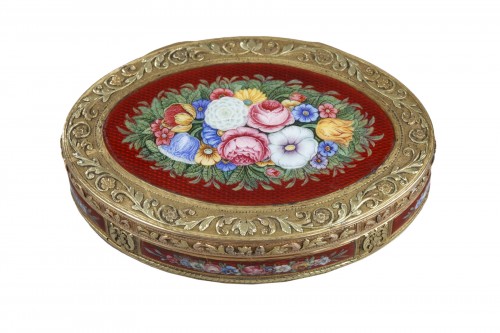 snuffbox in multicolored gold and enamel