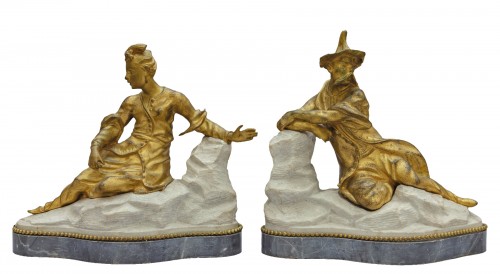 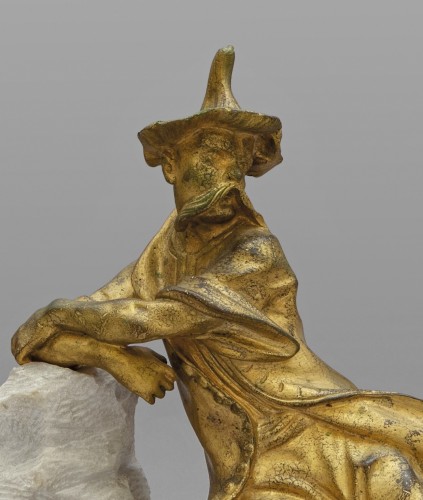 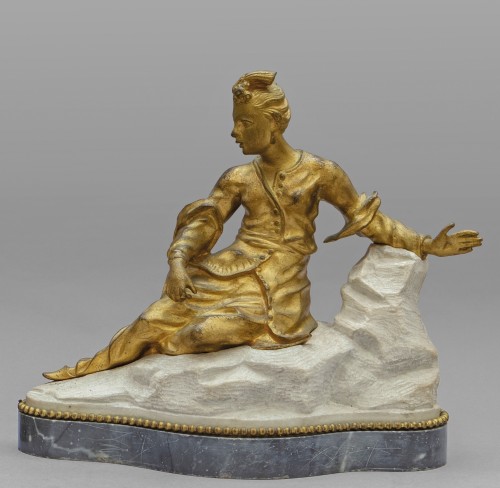 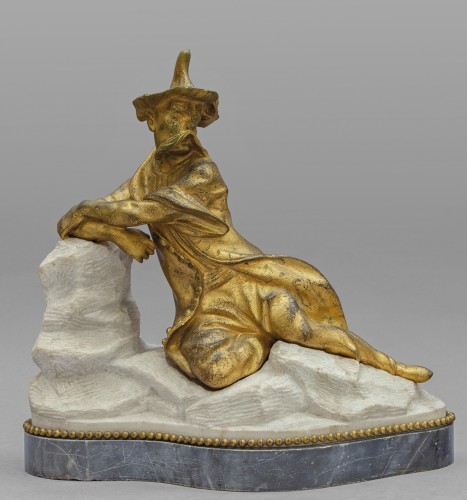 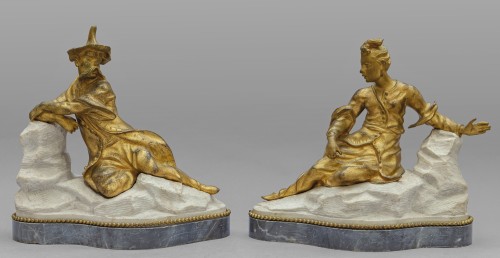 This particular and lovely pair of sculptures was made in France in the eighteenth century. It consists of two figures, one male and one female, made of golden bronze, resting on white marble bases carved to simulate a rock. The marble rests in turn on a grey shaped marble base, connected to the sculpture with a fine golden bronze frame.
The male figure has evident oriental physiognomic features, with long mustaches and almond eyes, and the headdress he wears can be assumed to be a Chinese character. The woman has her hair collected in a hairstyle also oriental and both wear eighteenth-century dresses with a long buttoned jacket and wide sleeves. They sit on one side, with one kneeling leg and the other lying down, comfortably resting on a rock. They show a conversational attitude that places them in relation and speculates between them.
These sculptures are small in size, perfect for enhancing and decorating a piece of furniture such as a chest of drawers, a console, a fireplace, a desk or, placed in a library, as a bookcase.
Soon, more images of these sculptures will be added.