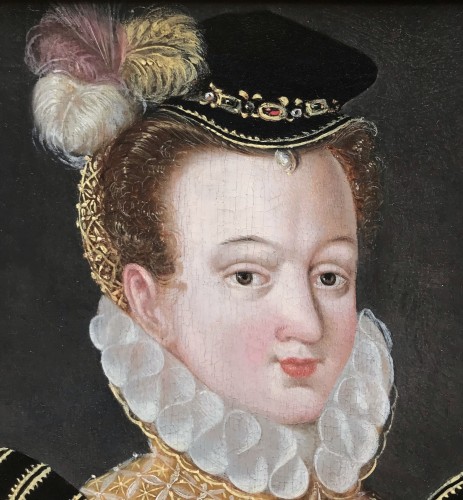 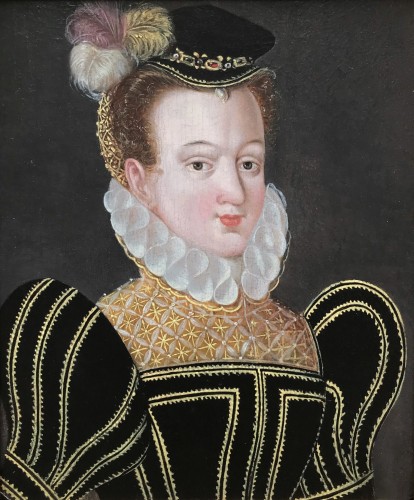 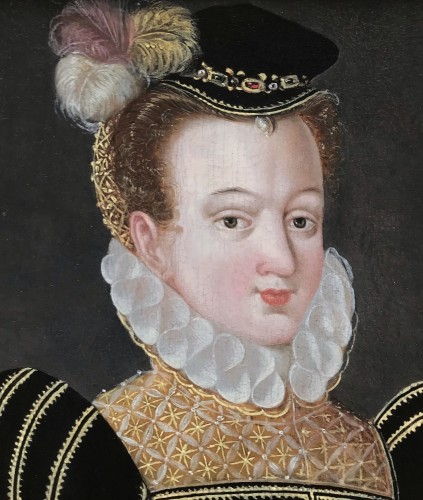 Elisabeth of Austria, queen of France, is depicted in bust, in three quarters. Clad in a black dress with puffed sleeves adorned with gold lines, with a white tulle piece with small crossbands filled with stars. The white ruff with shaped pipes encircles the bottom of her face. Her hair is done according to French Renaissance fashion  "en raquette" (the hair is raised on the temples forming a heart), her hair is retained at the back in the gold threads net. She wears a black velvet hat decorated with precious stones, a pearl attached to the hat is suspended above her forehead. Three colorful feathers decorate her cap. Bearing her head with nobilité, the young woman shows a half smile from her carmine red lips. The slightly rosy cheeks, the fresh complexion, a soft expression of her big hazel eyes charms the viewer.
She stands out against the gray green background of the painting thanks to  her puffed sleeves at shoulder level and adjusted at the elbows. Black clothes were also very fashionable at that time, coming from the court of Spain, because they highlighted the white complexion of women.

François Clouet and his workshop have executed several portraits of the young queen, the best known of which is that produced in 1571, several others will follow, including that of the Louvre and the Art Institute of Chicago.

Elisabeth of Habsburg, archduchess of Austria, daughter of Emperor Maximilian II, was born in Vienna in 1554, she died in the same city in 1592. She marries the king of France Charles IX in 1570 and becomes queen of France from 1571 to 1574 Married to a weak and fragile king, she exercises no political role, France being governed by the queen-mother Catherine de Médicis Charles IX decede in 1574 from an illness, the young widow returned to Austria with her parents and decided not to marry. 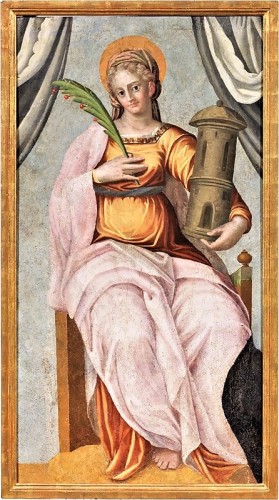 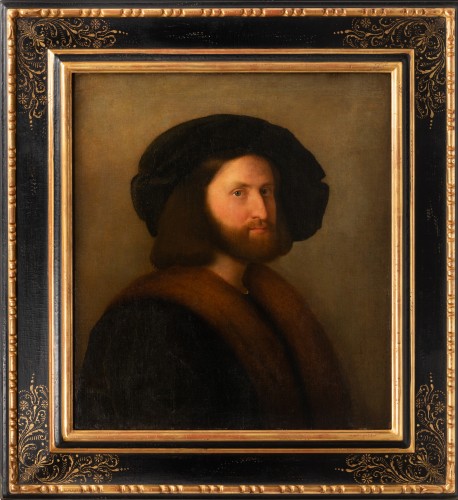 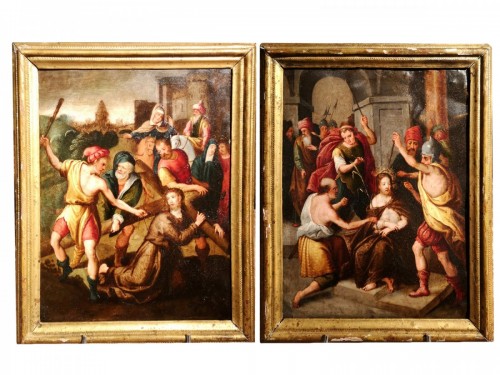