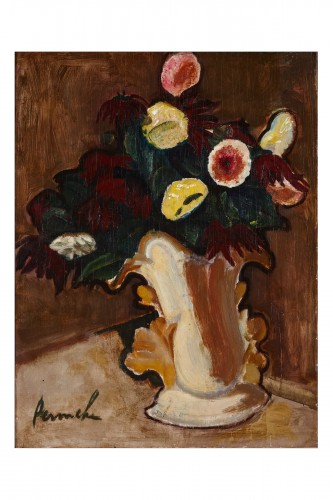 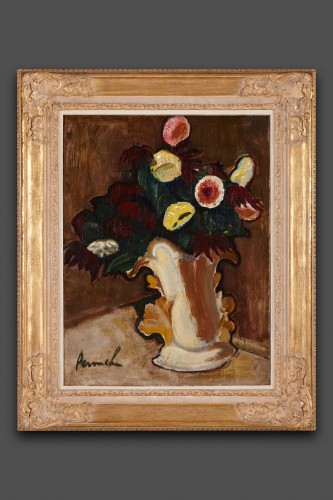 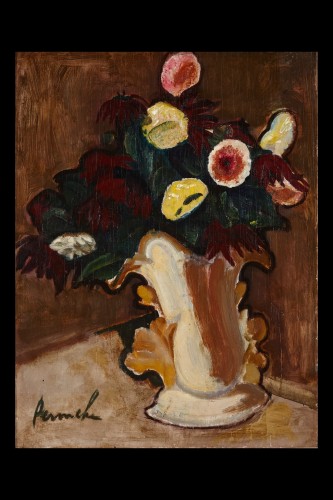 Constant Permeke was a Belgian painter and sculptor who is considered together with Gustave De Smet and Frits van den Berghe as the leading figures of Flemish expressionism. Permeke was born in Antwerp but moved to Ostend at an early age. Permeke studied at the Bruges Academy from 1903 to 1906 and then at the Academy in Ghent from 1906 to 1908. Here he met Frits Van den Berghe and the brothers Gustave De Smet and Léon De Smet. In 1912 Permeke married Maria Delaere and the newlyweds settled in Ostend. During World war I Permeke stayed in England after being wounded in a battle.

After the end of the war, the Permeke family returned to Ostend in 1919. Here he mainly painted the harsh fisherman's life.
In 1921 Permeke was able to exhibit his work in Antwerp and in Paris. Between 1922 and 1924, Permeke regularly went to Astene, in order to cooperate with Frits Van den Berghe. In 1926 Permeke went to Vevey in Switzerland where he mainly painted mountain scenes. In 1929 he moved to Jabbeke. During this period he changed his subject: instead of the fisherman and the sea he now focused on the farmer and his land. During this period, Permeke was enormously productive with works. Constant Permeke died on 4 January 1952.

Still-Lifes by Permeke are rare in his oeuvre. This particular still-life is illustrated in two different books by leading authors on Permeke. (See literature.) The painting was first exhibited in 1930. It was an important addition to several exhibitions on the artist during the 1970s and 1980s when the owner was willingly to lend it. 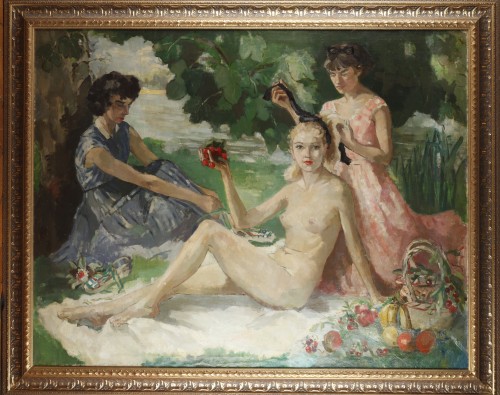 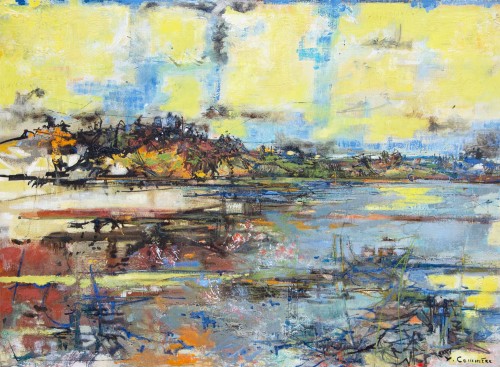