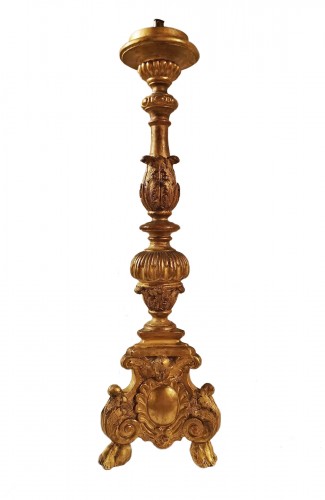 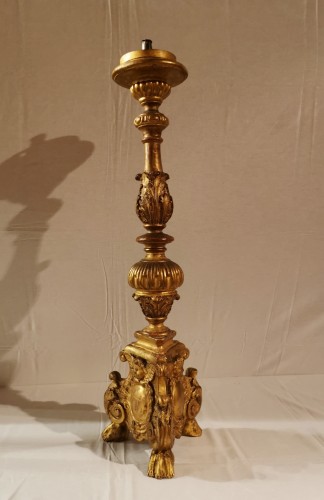 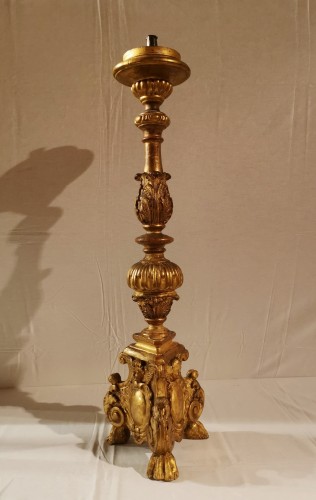 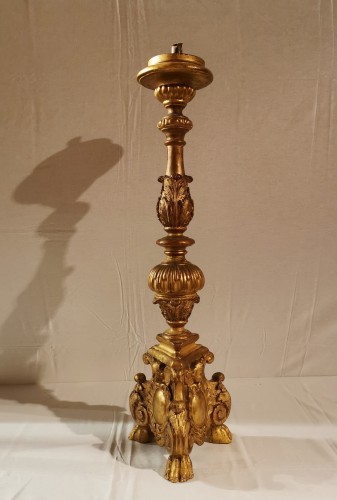 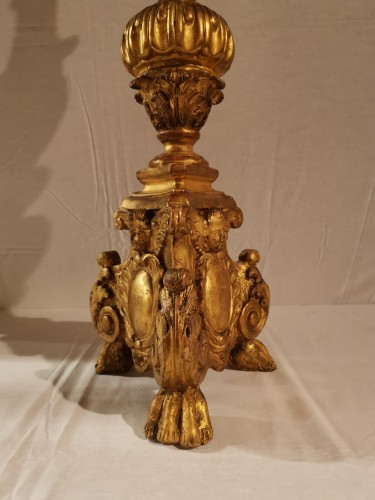 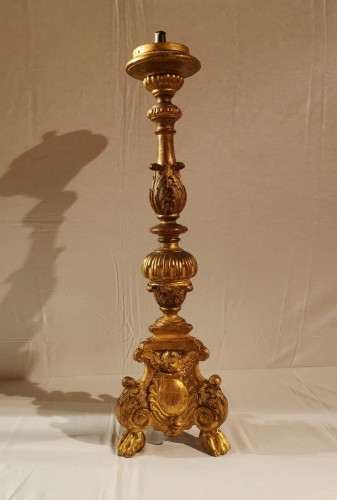 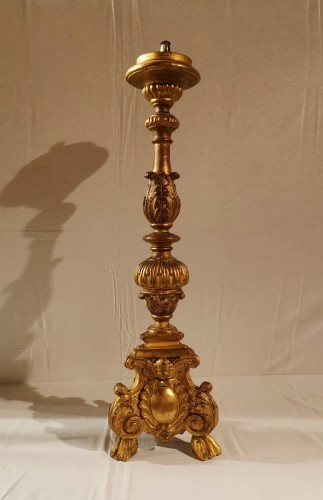 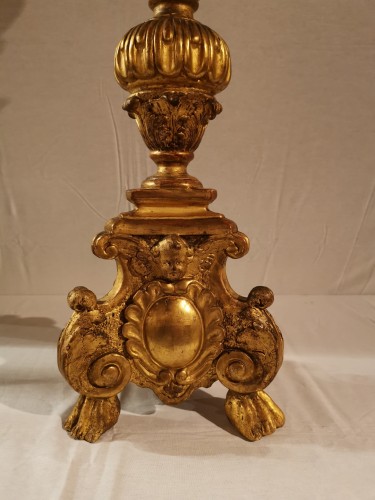 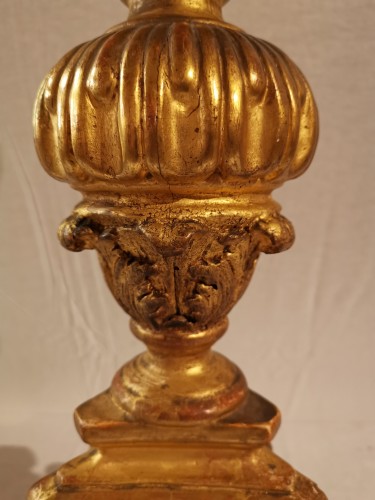 Great ceremonial "torchère" carved and gilded Louis XIV, the last decades of the great century. This elegant candlestick, all faces, is finely molded limewood, carved then gilded with the leaf, treated in burnished and amati to accentuate its relief. It is composed of three sections; a tripod base, a ringed barrel and a spherical head. -The base shaped pyramidal capital is declined in three faces. Each of them is curved; this curve is accentuated in part mediant by a convex ovoid medallion, from which emerge tracery, waves and petals. The whole is summed with a charming winged cherub head, treated in high relief of the most beautiful effect. The whole is based on a base consisting of three cat's legs at the base of each of the edges. These embellished with generous windings of acanthus leaf that go up the shoulder to its strangulation. It ends in volutes, volutes where insert the end of each wing of the angel. The whole is capped with a succession of descending polylobées terraces which marry the third points of the base. -The cylindrical barrel consists of a succession of foot shower, line of acanthus leaves, deep throat, bulb dug ornamented gadroons, choke rings and finally a ringed baluster back palmettes shaped stylized foliage, pinch of ovum ring. --The head, is that in it consists of a girly basin surmounted by a throat; it itself summed by a flat sphere with the profile of boudin enclosed by flower beds. At the top of which an iron basin centered with a point to hold the candle and collect the wax once it melted so that it does not alter the gilding. A good example of a candle spade that is set up either on a matching flaming door, or on a middle cabinet. It should be noted that the way all these ornaments are treated contributes as much as their choice to the wealth effect of this candle spade. The sculpture is hardly vigorous, a sure balance, full of characteristic force to the canons of decorative arts dear to the last decades of the great century. French decorative arts work of the late seventeenth century; period characterized by the triumph of classicism, essentially geometric and perfectly symmetrical. Observations: exceptional, high quality work in its perfectly original state, I must point out that the iron tip of the basin was headed for a probable electrification. Dimensions: Height 75cm to the sphere, 81cm to the spade - Width 21cms from one edge to the other of the shoulder of the base.
To appreciate the quality, the fineness and the balance brought to the work of sculpture of this pair of flares, is to know how to recognize what the Parisian decorative arts elaborated of more finished in the most prestigious period, that of the art Louis -quatorzien. To be able to define such a mastery is to accurately evaluate it; the state, the delicacy, the dexterity, the power of the creations of the draftsmen-ornemenists who diffuse a decorative vocabulary to the innovative theatrical neoclassicism on the background of solemnity and majestuousness all Versailles. 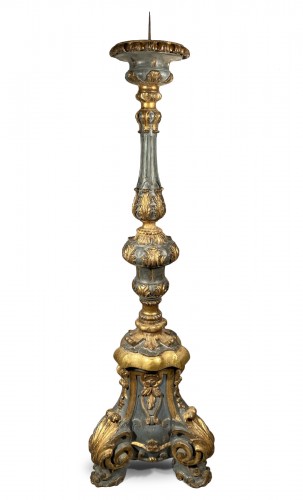 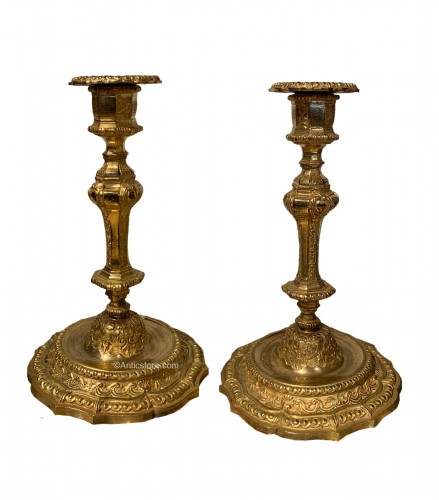 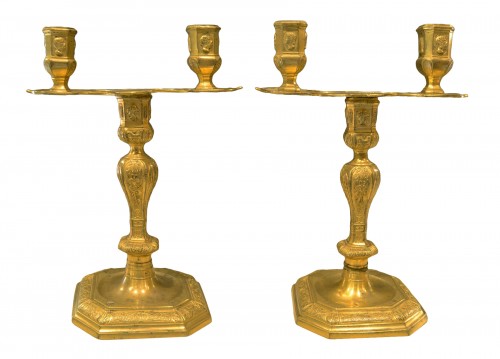 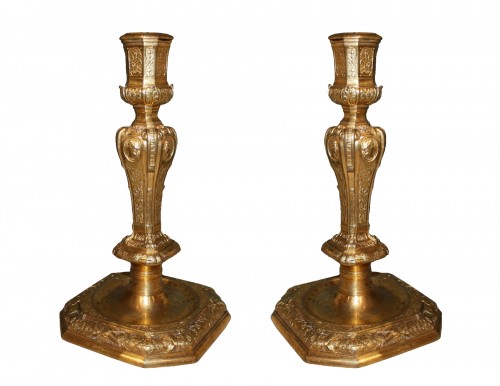