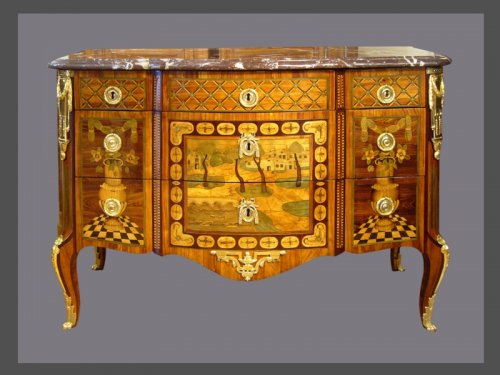 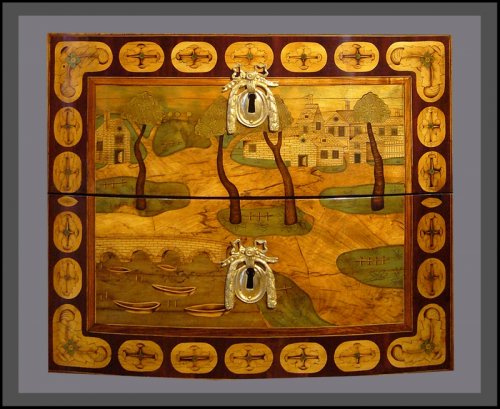 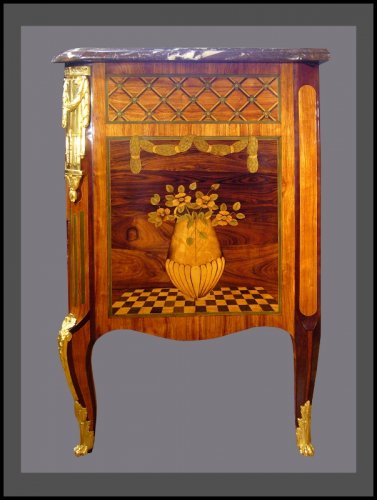 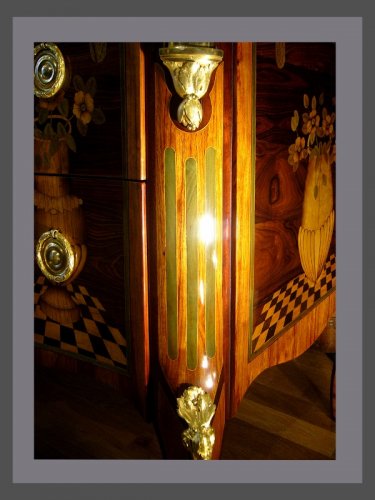 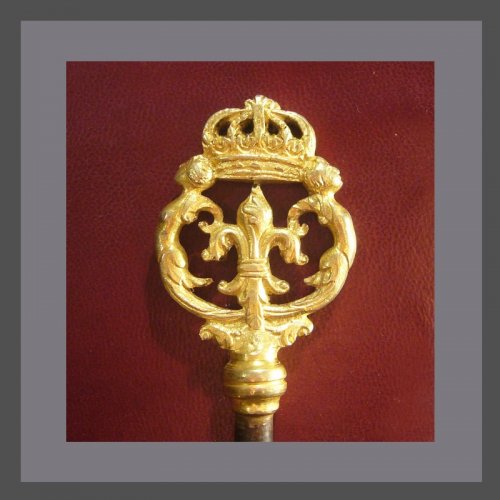 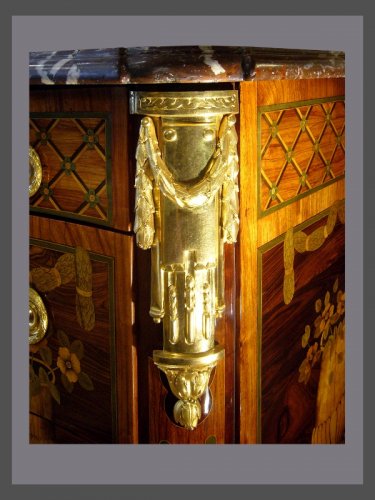 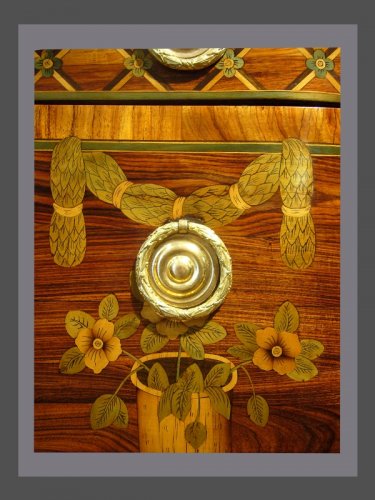 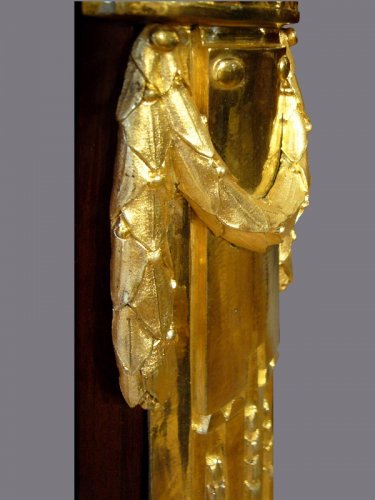 We present a unique Transition period commode stamped Jacques BIRCKLE.
The entire front and sides fully worked to light curve. It opens with five drawers on three rows through concealed. The three drawers under the marble simulating a belt decorated with braces quatrefoils. Precious inlaid flower vases in a laurel wreath laying on an entablature checkerboard perspective stained wood. The slightly domed projection decorated with a delicate table representing a bucolic hamlet in a wide inlaid environment simulating a frame.

This chest of drawers can be considered as a major work of the master cabinetmaker Jacques BIRCKLE (1734-7 March 1803) received master July 30, 1764.

Bircklé, Jacques, one of the suppliers of Furniture Guard under Louis XVI. He was called in 1785 to work for the royal furniture. He produced many pieces for serving the Children of France, Duke of Orleans, the Marquis d'Aumont, Mr. de Calonne, princesses and Tingry Lambale. In 1787, he gave more convenient for the apartments of the Queen St. Cloud.

Actively conspired to furnish the flag of Madame Elisabeth Grand Montreuil. Its supplies Crown ceased in 1789, but his house was still operating under and after the French Revolution. 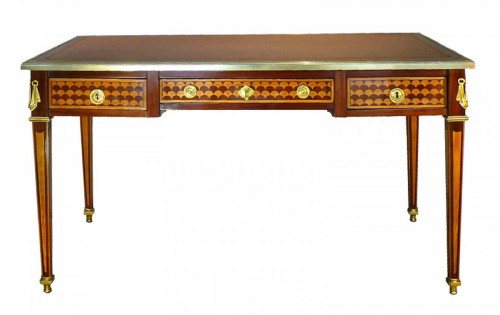 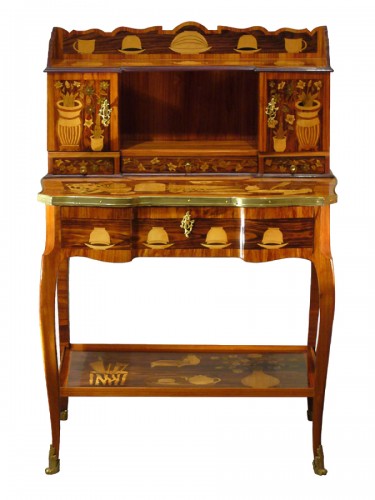 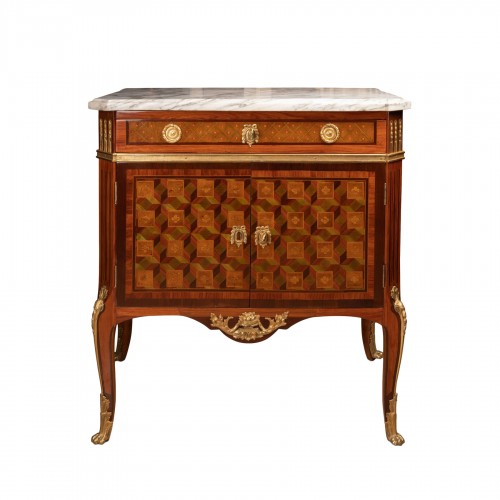 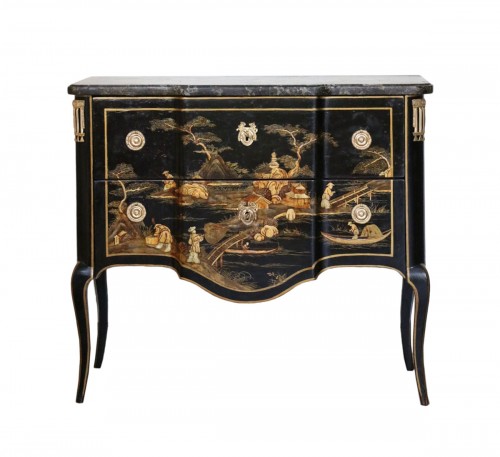 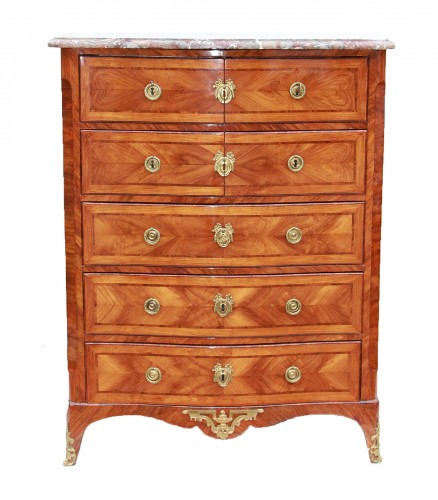 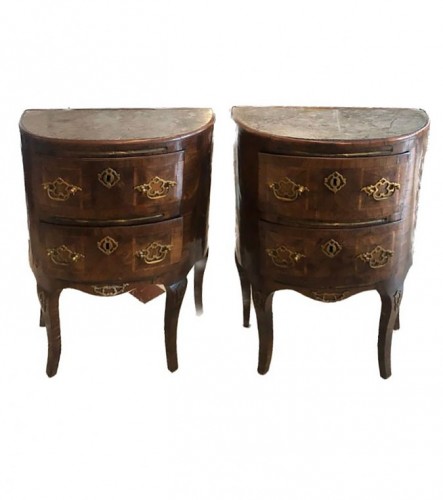 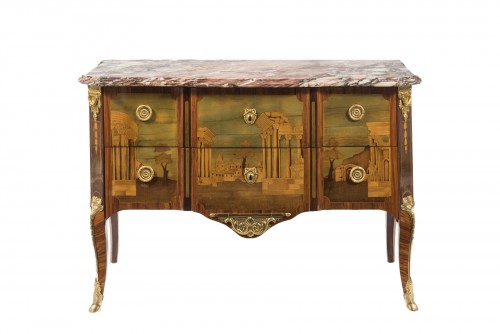