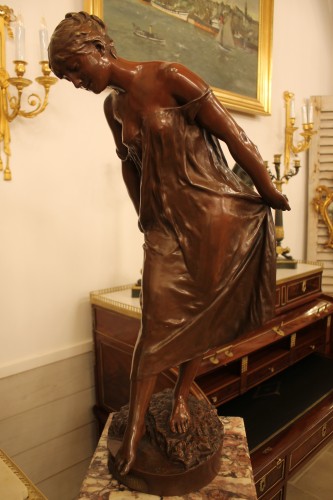 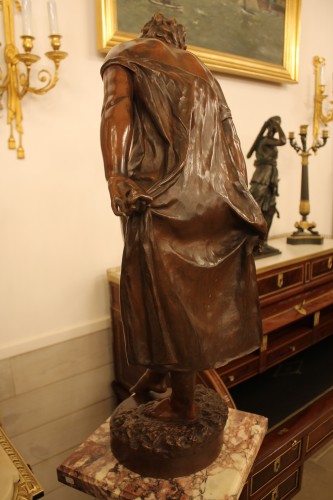 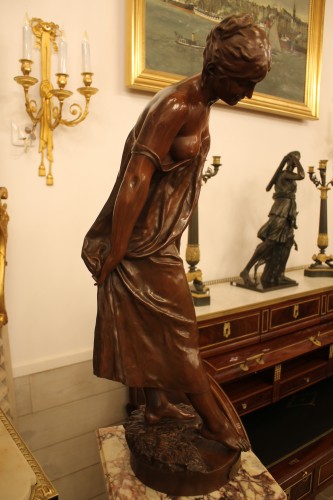 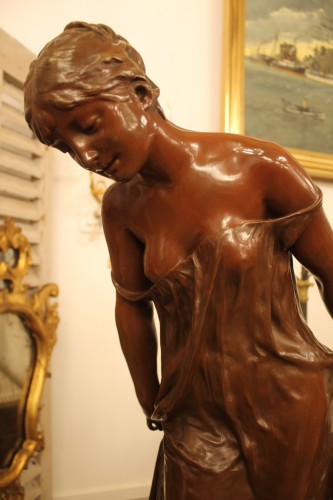 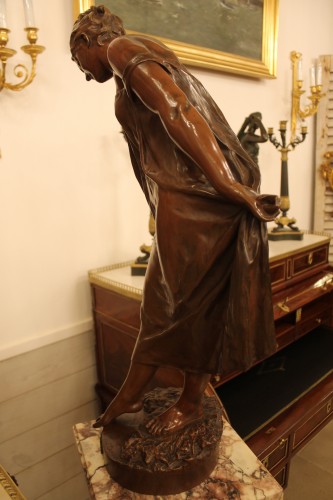 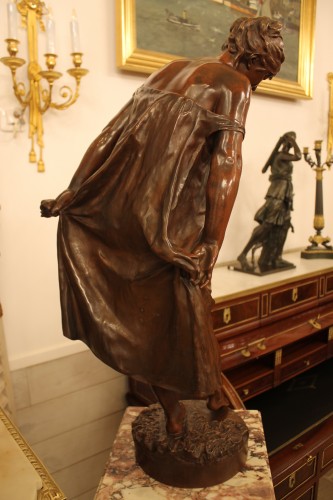 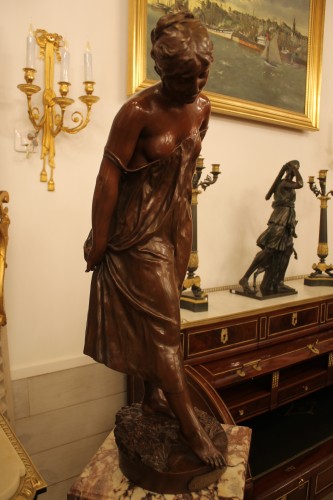 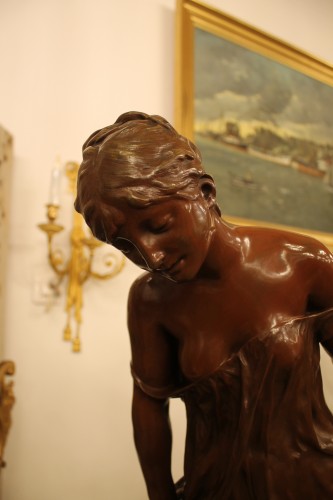 Bather, beautiful and important sculpture in bronze with original brown patina, it is signed J.CAMBOS on the terrace and titled in a cartouche.
Casting of the second half of the 19th century.
Jean Jules CAMBOS (1828-1917) French sculptor born in Castres, he entered the School of Fine Arts in Paris in 1853 and exhibited busts and statues in the salons from 1857. He was named Chevalier de la Légion d'Honneur in 1881.
A recognized artist, he obtained commissions from the State, notably the marble busts of General AUGER and Alfred DE VIGNY for the galleries of the Château de Versailles. 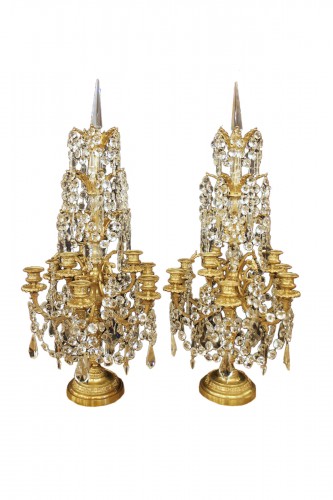 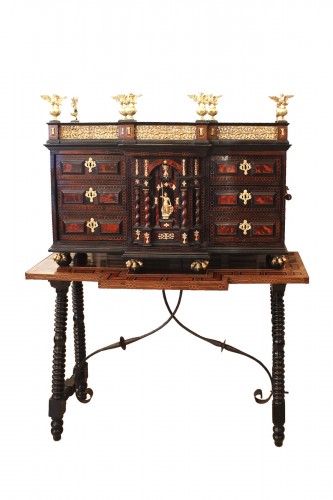 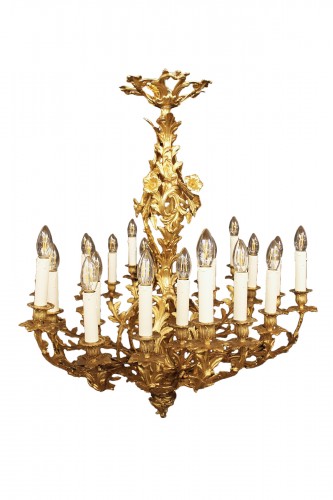 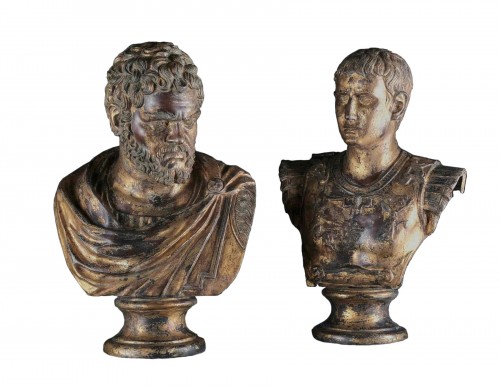 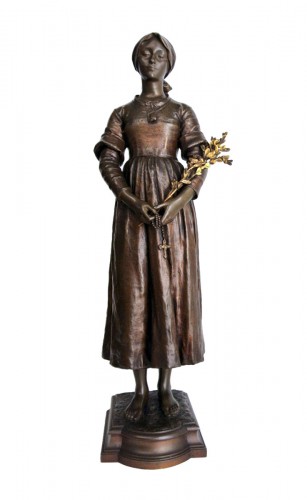 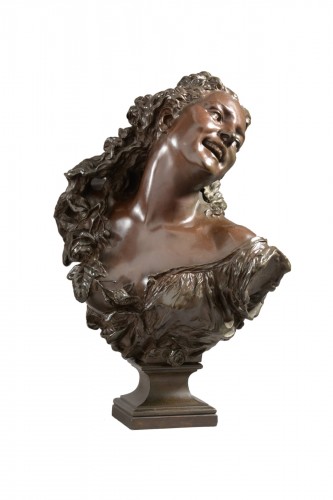 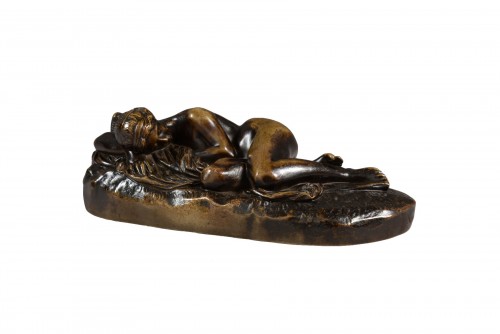