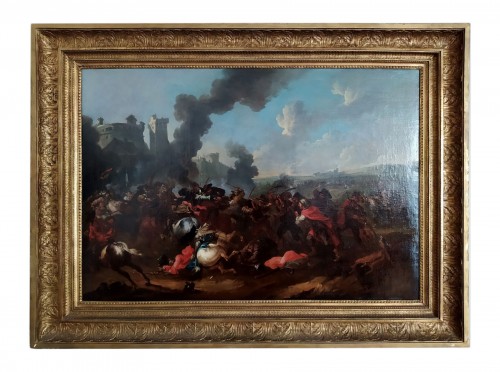 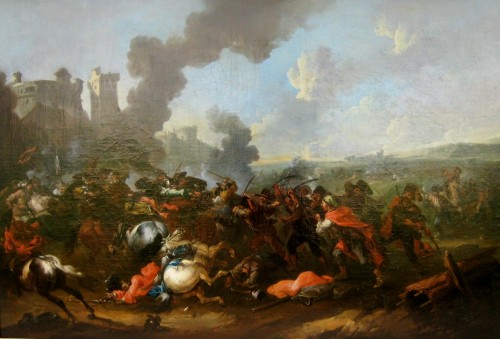 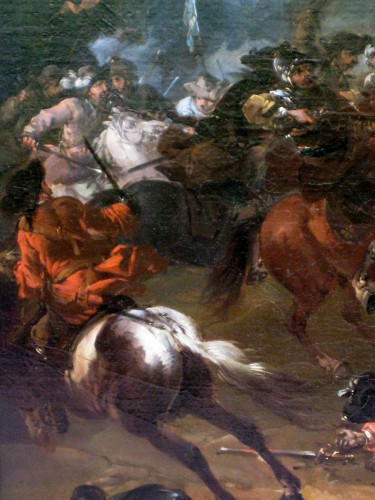 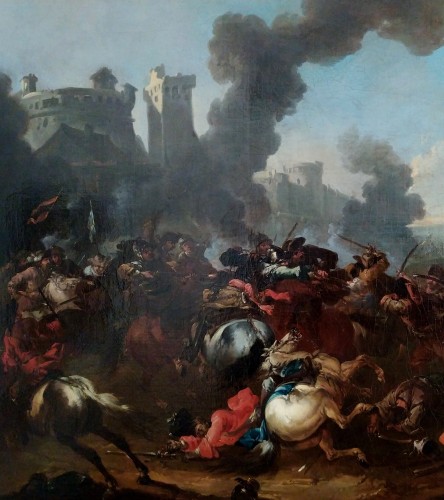 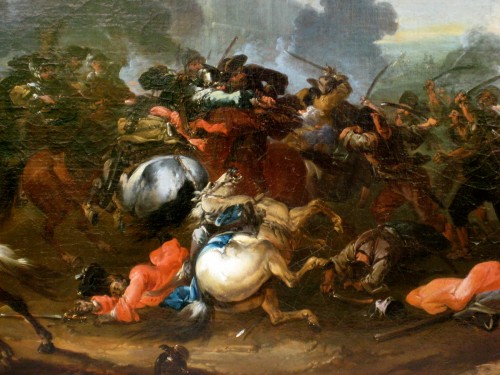 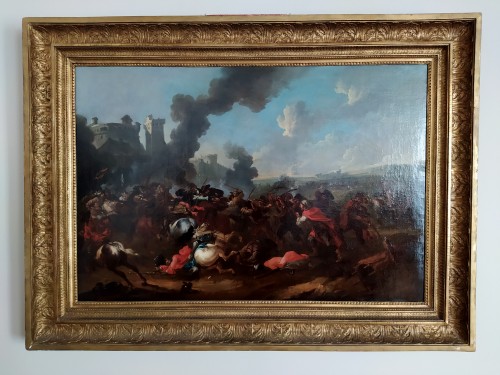 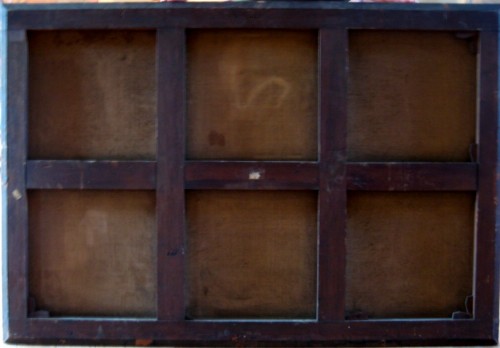 Son and pupil of Tobias Querfurt, then of Rugendas in Augsburg. August Querfurt painted encampments, battles, cavalry skirmishes, hunting subjects. He was above all an imitator, sometimes taking the form of Jacques Courtois, Parrocel, Van der Meulen and Wouwerman.
It is present in the museums of Bern, Bordeaux, Wroclaw, Budapest, Graz, Mayence, Périgueux, Rome, Rouen, Saint Petersburg, Stockholm, Stuttgart, and Vienna.

In 1683 Turkey entered the war against Austria. This painting depicts the victory and liberation of Vienna against the Ottoman army.
Nobody can remain insensitive by observing all the strength that emerges from this painting. This scene represents a battle, and yet we are not frightened by looking at it because we admire the painter's work here. The horses, their muscles, the saddles, the bits, the hooves, everything is treated here with great precision and incredible realism. Indeed, we have the impression of being an actor in this battle and not a spectator because the painter has managed to make us fully experience this scene.
There is also the power with which men throw themselves into battle. We can feel, on each side, the desire to want to defeat the other, and the determination of each man to want to win. The characters, weapons, clothes, hats, drapes, helmets are treated with great precision and incredible realism. As the battle rages we can admire the shimmering colors of the Ottoman army and the detail with which the painter made the wicker basket.
In the background, Vienna will be liberated. Even if she is still trapped in a fire, the blue sky softens this vision... 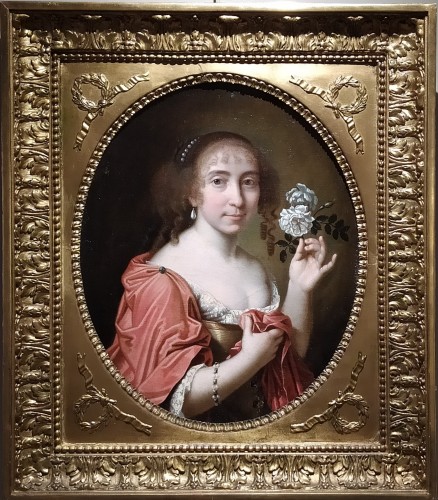 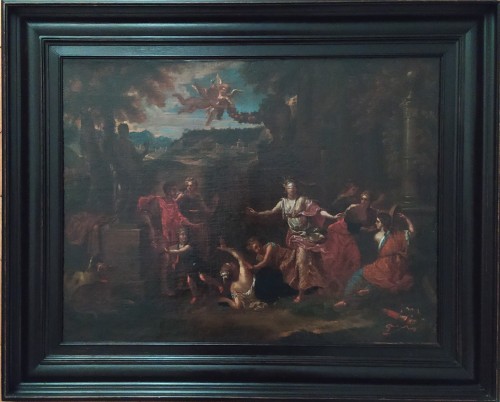 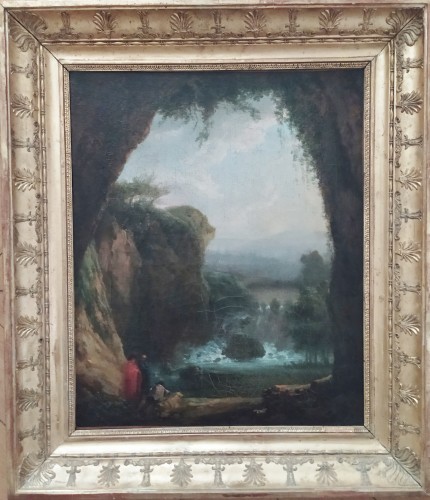 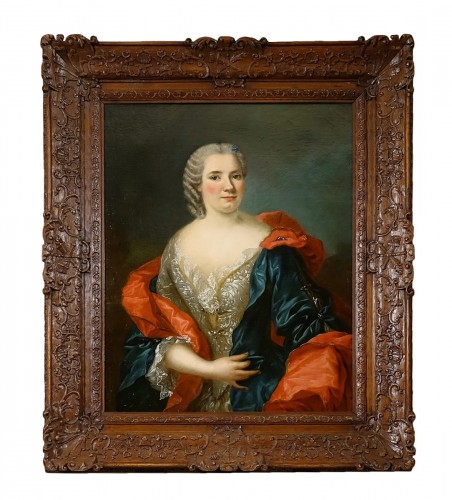 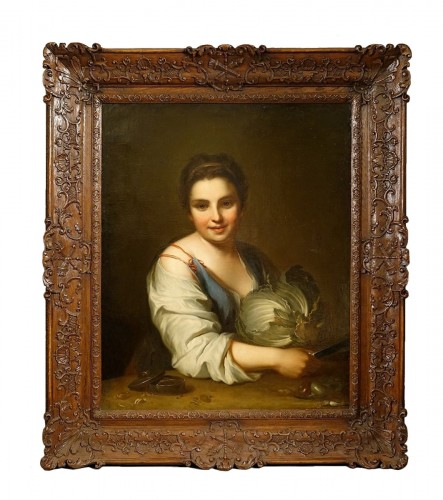 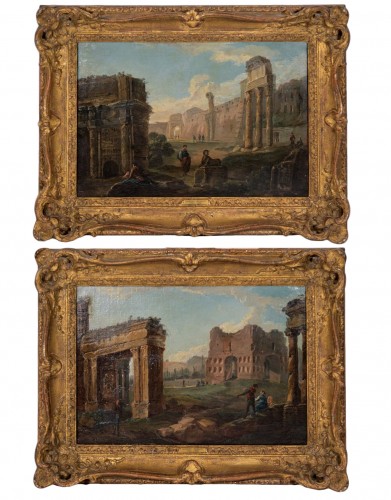