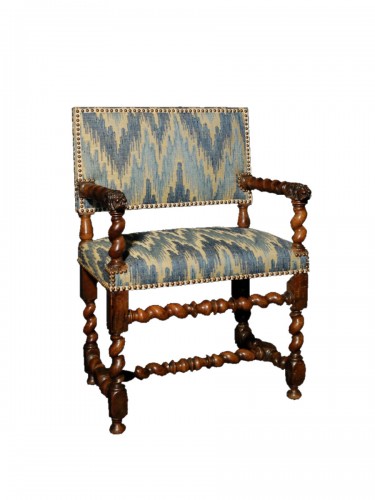 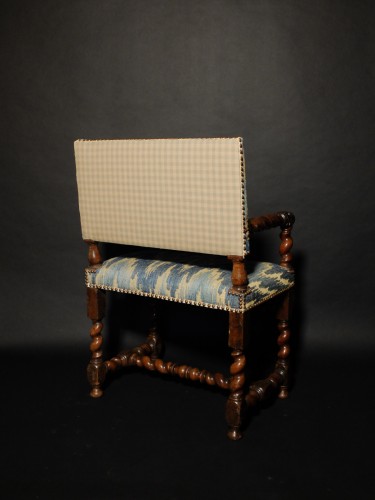 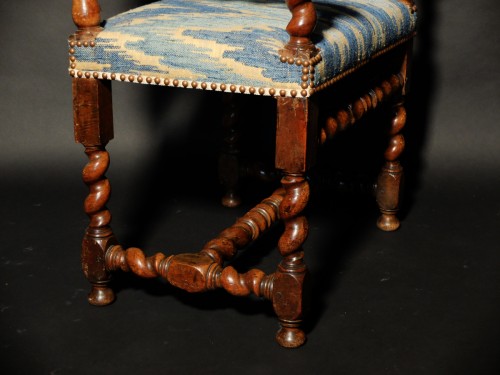 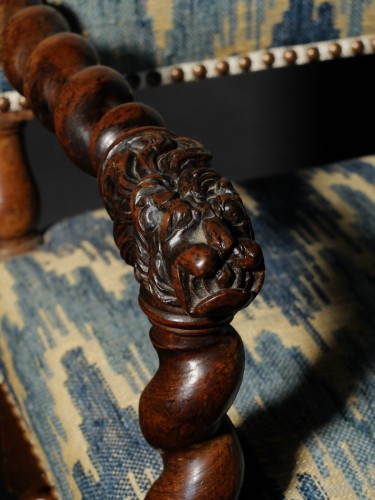 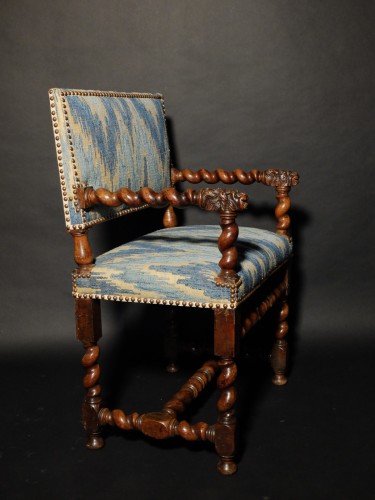 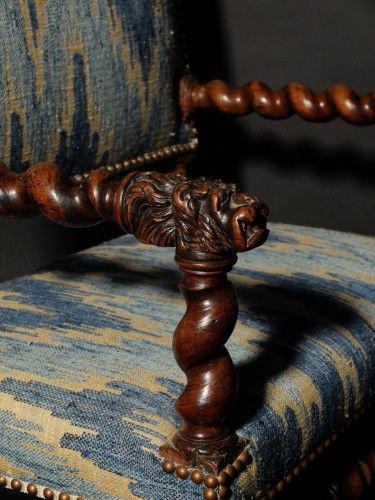 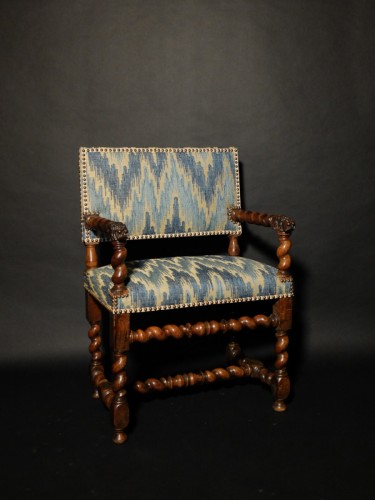 Armchair in turned walnut wood resting on 4 legs joined by an H-shaped spacer and a turned sash on the front.

The armrest consoles as well as the turned armrests are connected by a sculpted and stylized lion's head.

Finally, the back is distinguished from the seat by a pretty baluster.

French work from the Louis XIII period, 1st part of the 17th century.

Old restorations: 4 balls of the feet, a small graft on a rear upright.

The Louis XIII period is very important in the evolution of the seat. Indeed, it was at this time that living room life began and the appearance of seats such as the arm chair which would become the armchair, the back chairs and the stools which would constitute conversation facilities. Appearing at the end of the 16th century, the upholstered seat developed in the 17th century and took the place of the seats covered with embossed leather as well as those consisting of a wooden seat. 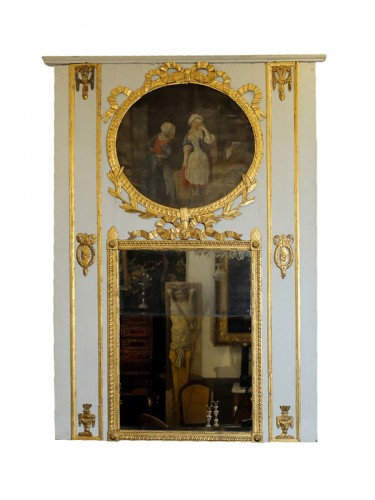 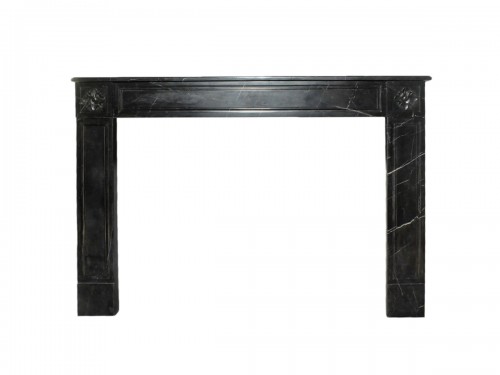 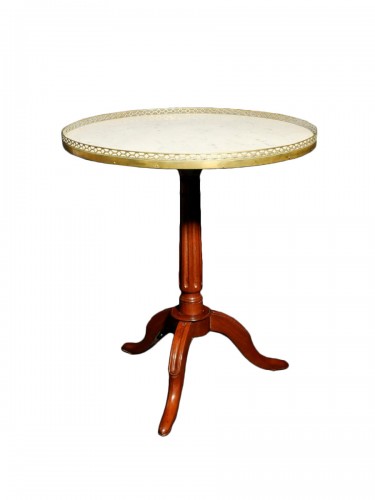 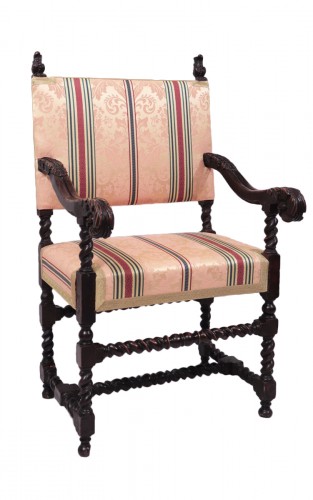 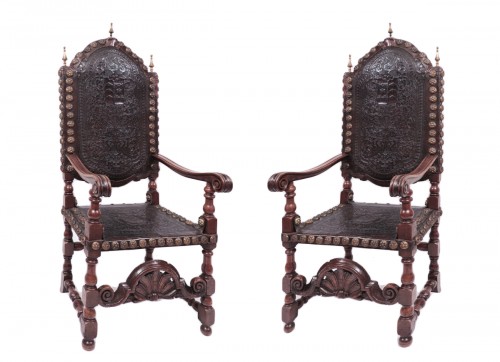