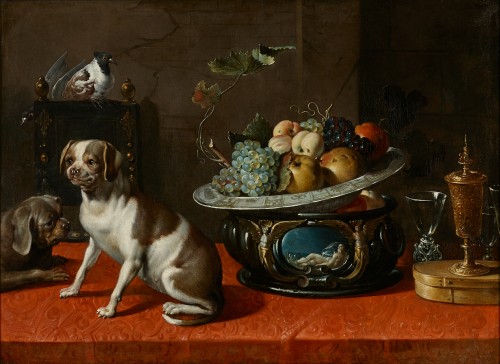 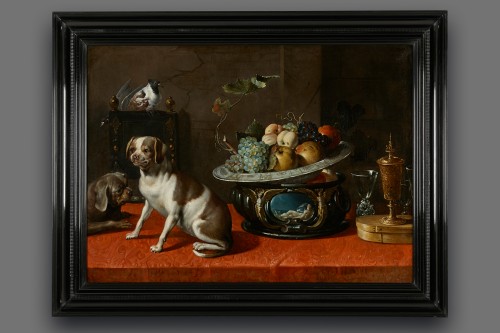 Two dogs are sitting on a table with a beautiful red tablecloth of shaved velvet. Two pigeons sit on the back of the chair behind it. A Chinese kraak porcelain dish with fruit is placed on top of a decorated metal wine cooler that also contains fruit. A medallion with Neptune is depicted on the wine cooler. On the table are also a pair of façon de Venise glasses and a gilded drinking goblet on a chipboard.

This painting was made by Peter van Boucle, a Flemish painter who was probably born in Antwerp. He belonged to a family of painters that had been active in Antwerp since the 16th century. Although regularly mentioned in the literature as a member of the guild in this city in 1632 and 1636, nothing can be found in the guild books. However, he was already in Paris in 1623, where part of his family had settled. Presumably the family Frenchified its name from Van Boeckel to Boucle. In France, Van Boucle's work was highly regarded.

Besides in his own studio he worked for Simon Vouet who had asked him to work on cartons for tapestries. He probably not only worked on the edges in which still life motifs were incorporated, but also on the animals on these carpet designs. The artist biographer Félibien not only describes him working for Vouet, but also writes that he was a student of Frans Snyders and a strong animal painter. Félibien also remarks Van Boucle could set his own prices but nevertheless died poor.

Although Félibien thus mentions an apprenticeship with Snyders, which is repeated by all biographers, there is no documentary evidence of this in Antwerp registers. However, it is obvious that Van Boucle was strongly influenced by the painter Frans Snyders. It is suspected that, in view of the stylistic similarities between his work and that of Snyders, he certainly worked for a while in the vicinity of this Antwerp still life painter.

After his death, Van Boucle fell into oblivion. Much of his work has been attributed to other artists. This also applied to this painting, which for a long time was considered a work by Frans Snyders. However, in 1990 Fred Meijer noted that this work was not by him but by Peter van Boucle. The signature “Frans Snyders” disappeared when the painting was cleaned.

Paintings by Van Boucle were in the French royal collection in the seventeenth century and he became one of the most famous Flemish masters in France of his time. This beautiful colourful work by Peter van Boucle was painted between 1640 and 1673 in France. The stacking of two bowls is more common in his work, as is the group of glasses and the red tablecloth. Animals were clearly his specialty and they are rarely missing from his paintings. 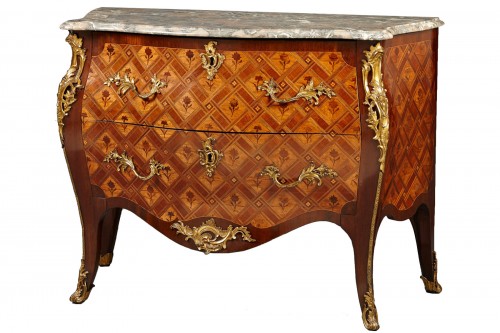 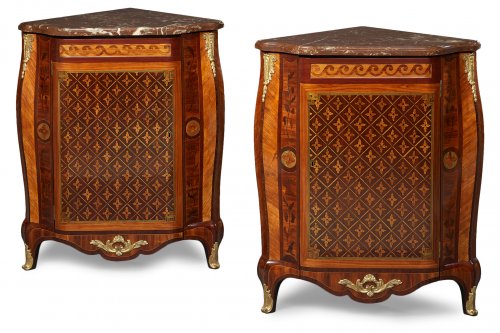 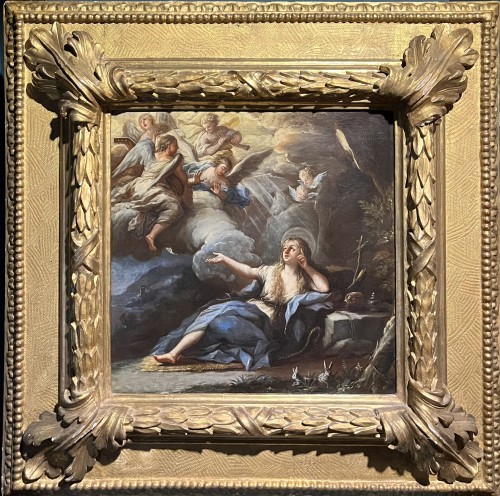 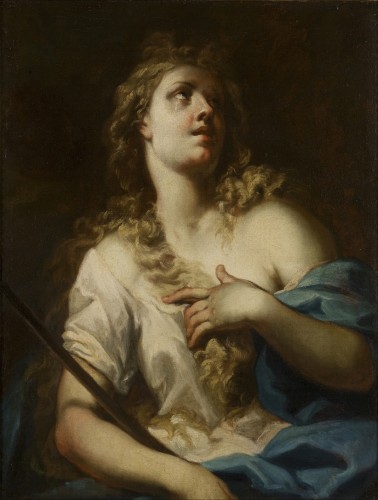 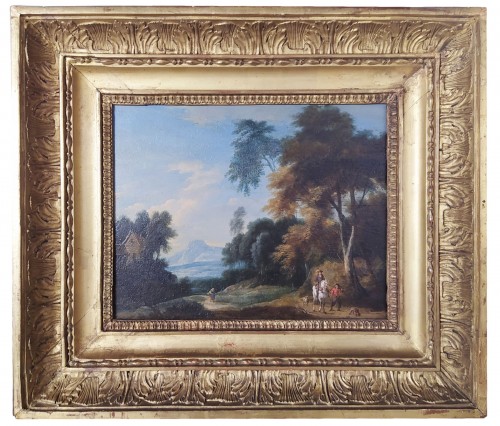