Marble medallion with the profile of King Louis XVI, Paris circa 1780 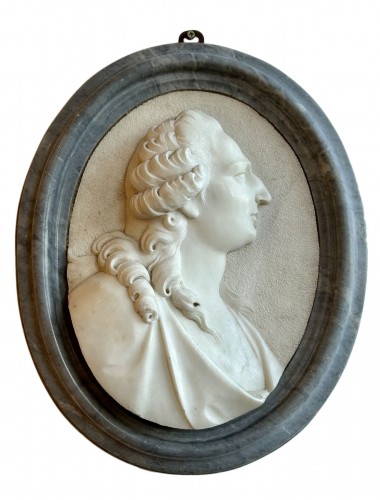 Rare medallion in white Carrara marble representing the bust of King Louis XVI draped in an antique tunic.
The king is depicted in profile, sporting a beautiful "pigeon-wing" roller hairstyle with two large locks that fall over his shoulders.

The work has retained its beautiful original frame in molded blue turquin marble.

Our medallion represents King Louis XVI from the medallions made in the 1780s by the engraver Pierre-Simon-Benjamin Duvivier*.
We recognize the king still young, thin, with his beautiful long hair and his characteristic Bourbon nose.
If the medallions representing the kings Louis XIV and Louis XV are quite rare, those representing Louis XVI are practically impossible to find because of the destructive fury which struck the country during the revolution.
In addition to being very rare and in very good condition, our sculpture is of very good quality with a bust in high relief on a "barleycorn" background obtained on the tier, hair worked with a drill bit and a magnificent shiny polishing of skin and tunic.
It is both a collector's item while being a moving testimony to the face of the last king of the old regime. 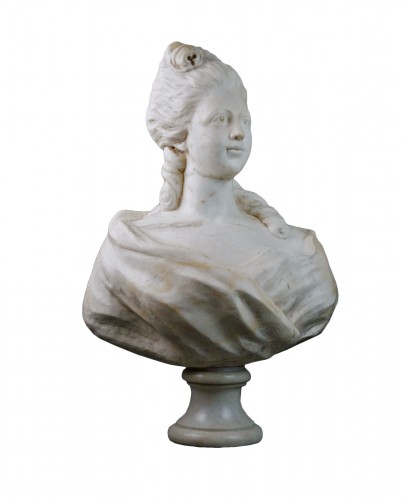 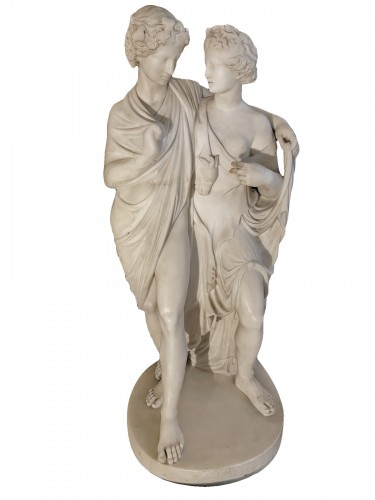