AnticStore > Catalogue > Antique Jewellery > BC to 10th century > Gold Ring With A Roman Chromium Chalcedony Intaglio Of The Goddess Nike. 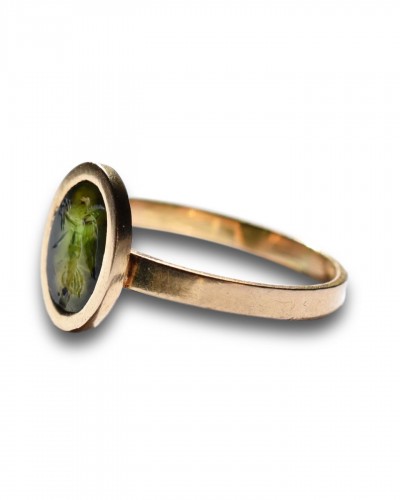 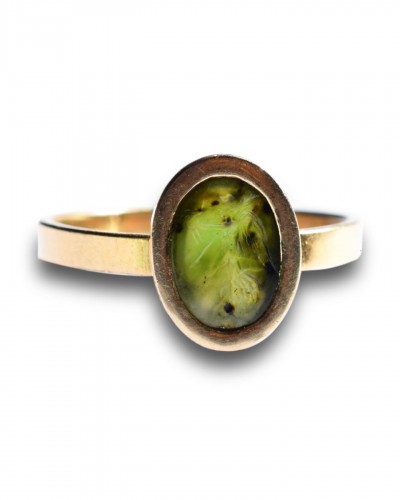 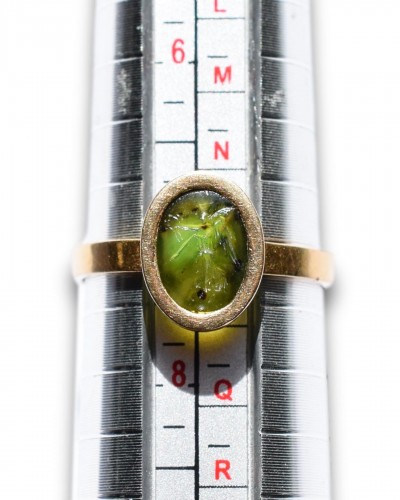 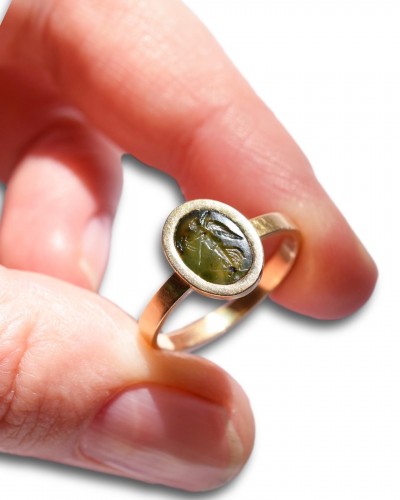 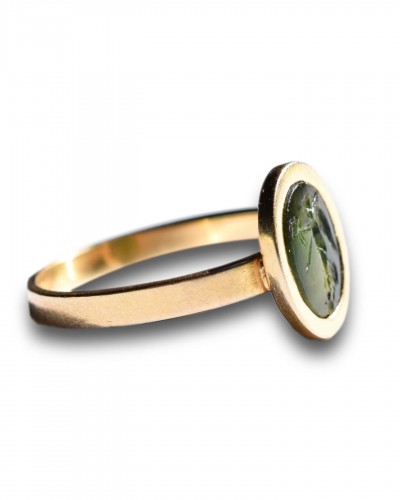 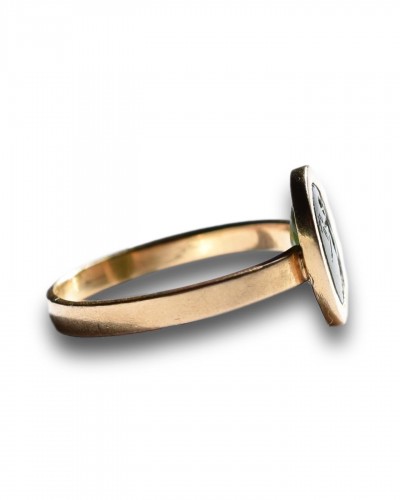 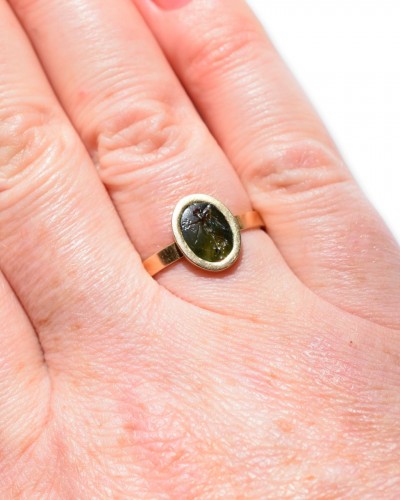 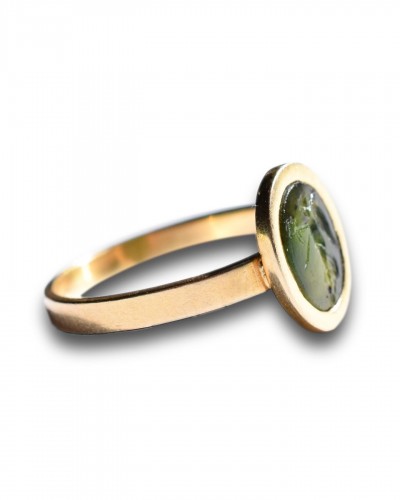 A Roman chromium chalcedony intaglio of the goddess Nike set in a high carat gold ring.

The intaglio dates to the 1st - 2nd century AD, the high carat gold ring is later.

Nike was a goddess who personified victory in any field including art, music, war, and athletics.

For a ring with a similar intaglio of Nike see the last image from the collection of Walters Art Museum, catalogued as: Ring with an intaglio of Nike (Victory) held up by leopards.This ring was most likely a reward given by an emperor to a successful military leader. Byzantine, 4th century (Late Antique). 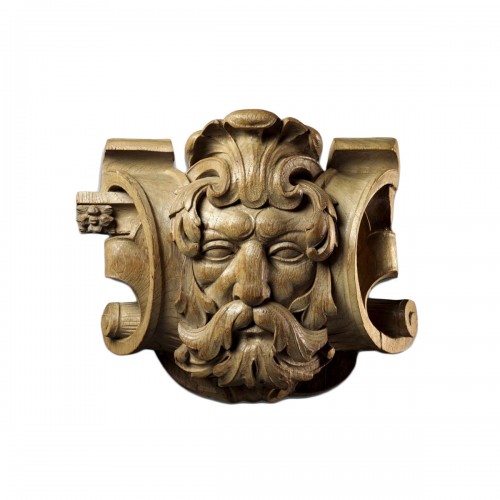 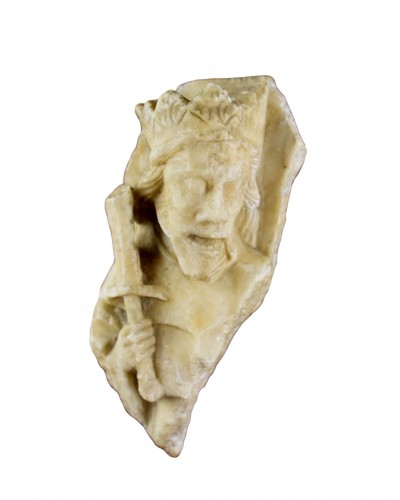 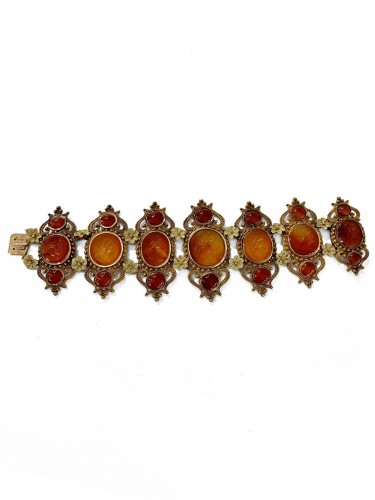 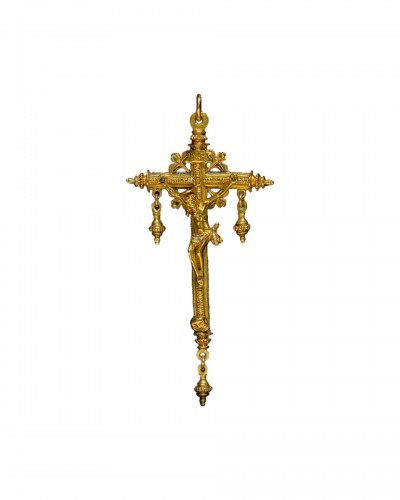 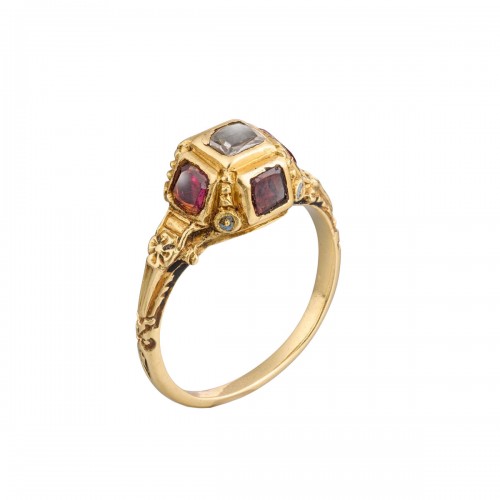 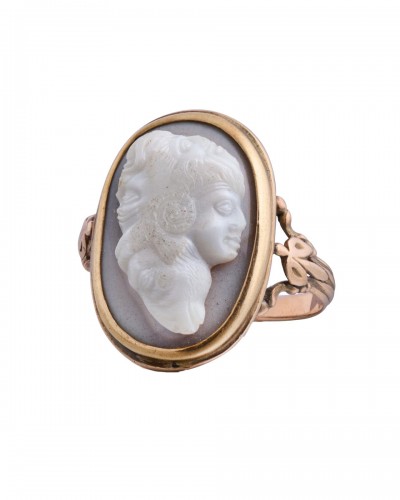 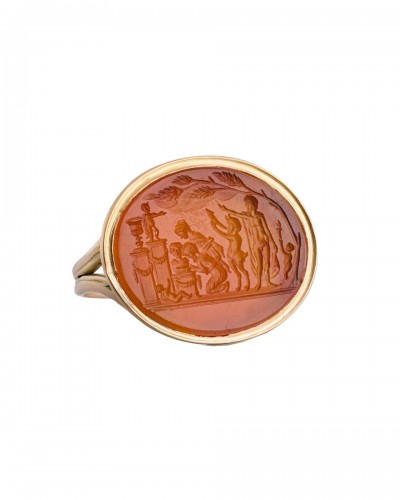