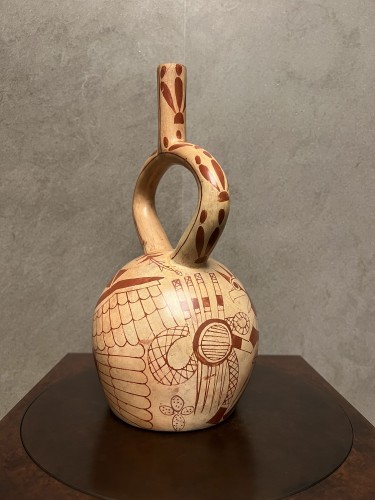 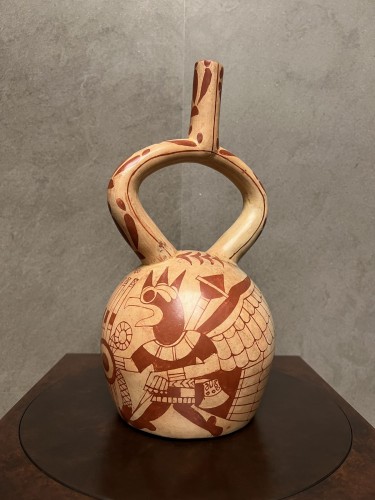 This beautiful bottle-neck vase in the shape of a stirrup is emblematic of the remarkable and prolific ceramic production of the Moche civilization, also known as Mochica, a brilliant, complex and hierarchical society, That blossomed on the north coast of Peru in the first millennium of our era. Its clear and slender form and the execution of the painted scene, worked in the «fineline» style, make it a work of the highest quality, like those found in the tombs of dignitaries and considered the «offering par excellence» of the ugly elite.

The media of choice of this «writing-free» society, as we understand it, the vases and bottles elaborated served as a support for the spread of political and religious ideology within society. They constituted prestige goods indicating the high status of the dignitaries who possessed them and participated in the conduct of the rites.

These are works of great value that the caciques traded or that they exchanged, in the form of tribes or gifts, within the framework of relations between Mochica chiefdoms. Many of these pieces were finally buried in the graves of the latter, with the function of quenching the thirst of the soul of the deceased during his perilous journey to the afterlife.

The bottle here is attached to the «fineline» style which qualifies bichrome containers, whose surface is usually cream or beige and the decoration made with red paint using fine lines. The scenes in question can describe the natural world (marine, terrestrial, vegetal) as the supernatural world, the daily life (weaving, hunting, war, way of life) as the ritual life (burial, sacrifices, processions).

The production of the "fineline" vases dates from the end of phase IV (400-700 AD), out of the five phases that count the chronological sequence proposed by archaeologist Rafael Larco, for the ceramic production of the southern Mochica. This phase, called «Classic Moche» is also one of the remarkable vases-portraits that have made the reputation of Mochica master potters and that mark the artistic apogee of this civilization. 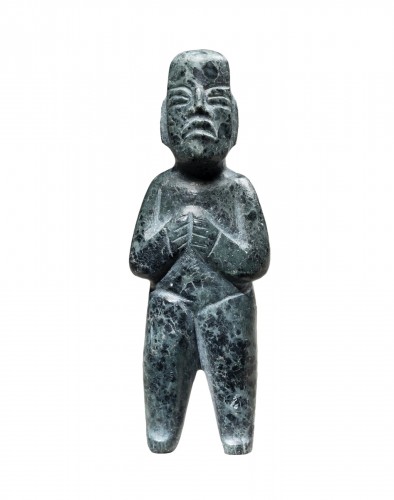 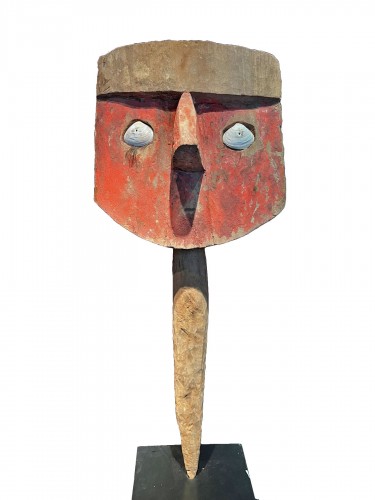 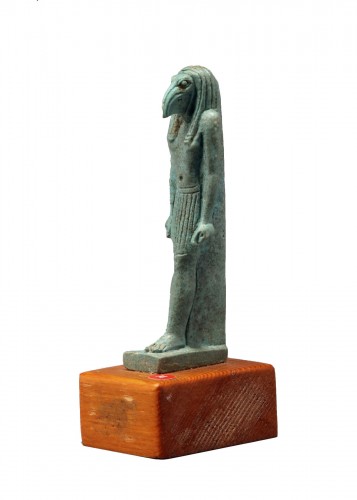 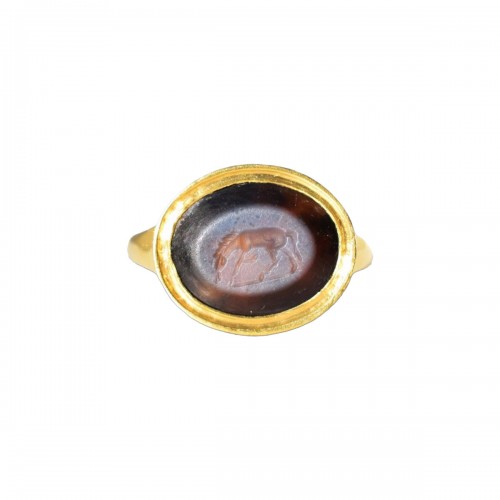 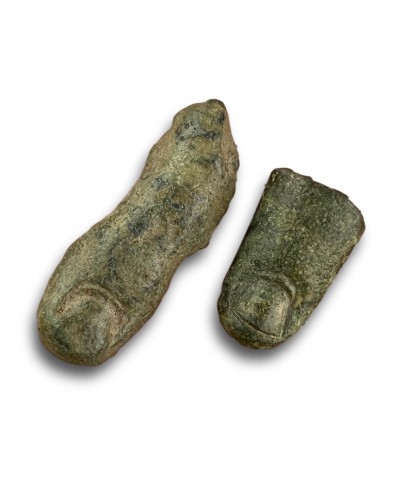 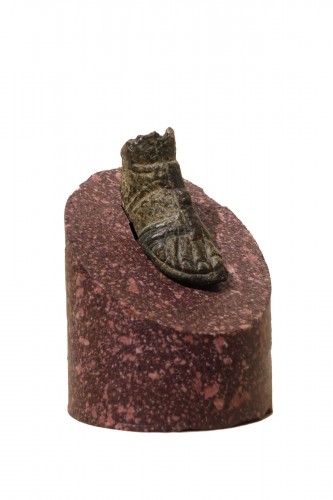 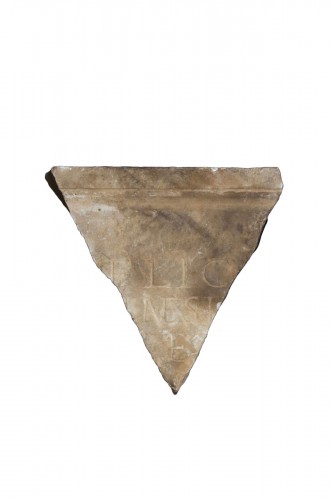