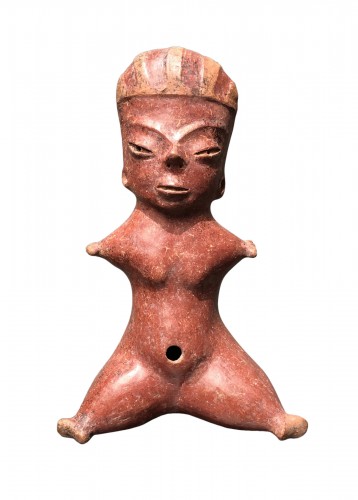 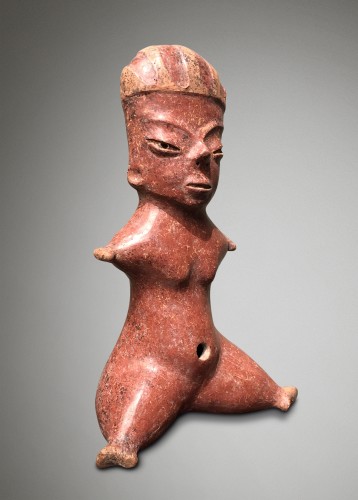 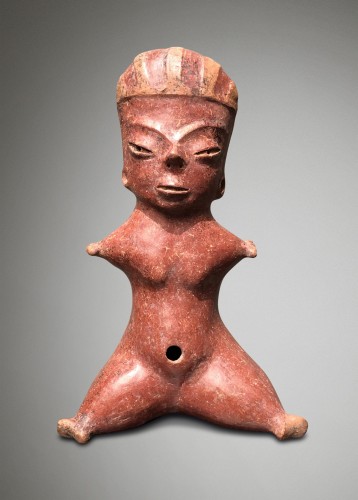 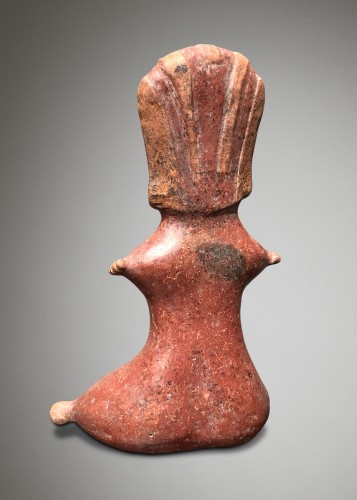 Condition : Intact
Object sold with a certificate of authenticity and a thermoluminescence test


Our work is among the most beautiful achievements that we know, from the point of view of the brilliance of its color, its large size, the harmonious rhythm of its curves and its superb glazed surface, polished with a care that only something of great value deserved.

Neither completely realistic, nor completely abstract, built with unequal or even incongruous proportions, while being perfectly balanced, it wonderfully expresses the originality of the pictorial language of village societies in ancient Mexico from the pre-classical period.

Leaning on her buttocks and her legs wide open, this woman stands straight, with her arms outstretched horizontally, acting as a pendulum. Her very elongated head, with the back of the skull flattened, as well as its slanted eyes are the result of a ritual deformation of the straight tabular type.

Rectangular in shape, the face is structured by the protruding lines of the eyebrow arches plunging between the two slender eyes, with perforated pupils and swollen eyelids. In the continuation of its marked arches, the nose, small and turned up, we can see the narrow and pierced nostrils with a rather haughty air.

The mouth, represented by a horizontal slit, and the thin and swollen lips, also confer a particular pout on this woman whose several characteristics indicate that she is of high rank. The ears first, which have discs at the level of the lobes, then the cranial deformation, and finally the raised bands visible on and behind the head, representing an elaborate tonsure or cuff. Each of these details correspond to the iconography of the elites in Mesoamerica and confirm the importance of this effigy.

As far as the body is concerned, we find here the shapes specific to the Tlatilco figures, with this distance from reality which makes them deeply original. The artist has not depicted the shoulders, the shortened arms start directly from the neck to extend horizontally below the bust, forming a sort of star. Particularly short, they are summarized in two conical appendages at the end of which we can see the schematic hands which have four fingers each.

The rest of the body adopts the beautiful violin silhouette which is associated to the qualifier of Venus callipyge for the Tlatilco figures. The high and thin waist thus precedes flared hips, leading to plump and splayed legs, in a sensual and voluptuous nudity which we think could exalt the feminine and maternal part of this character, probably playing an active role in cults. and rites relating to fertility. 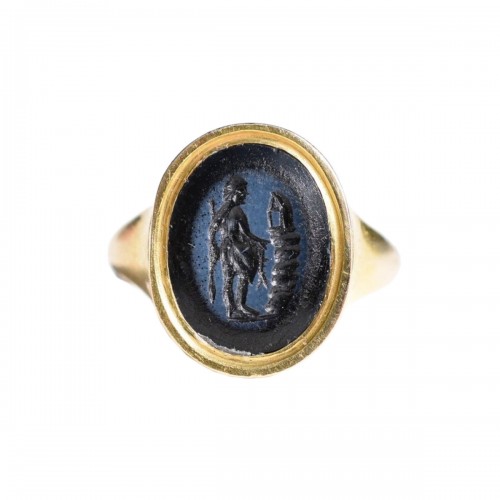 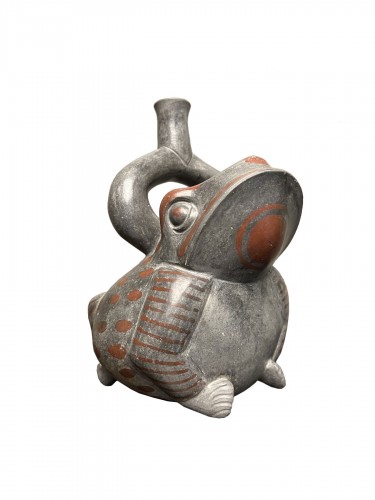 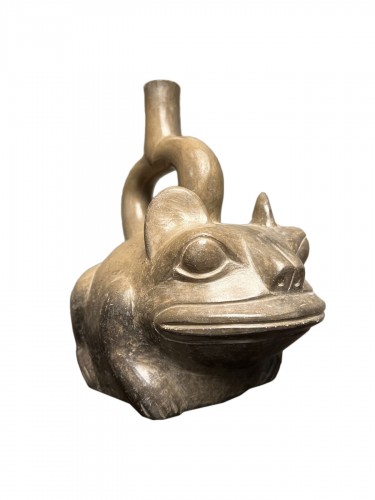