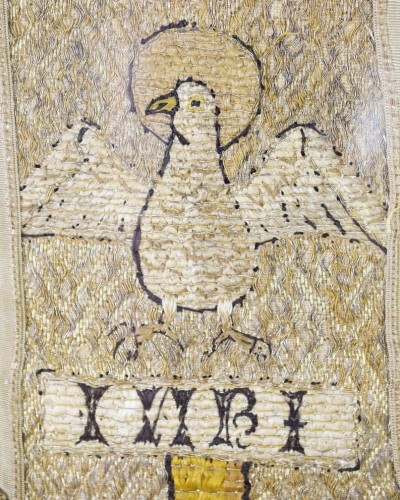 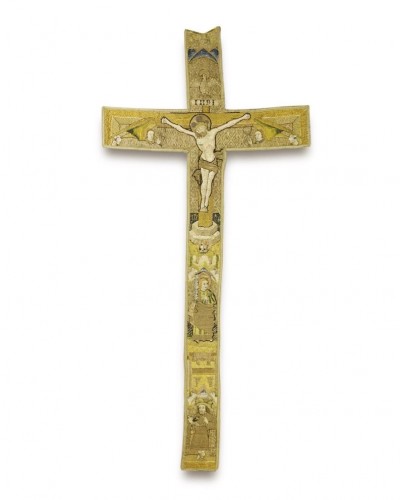 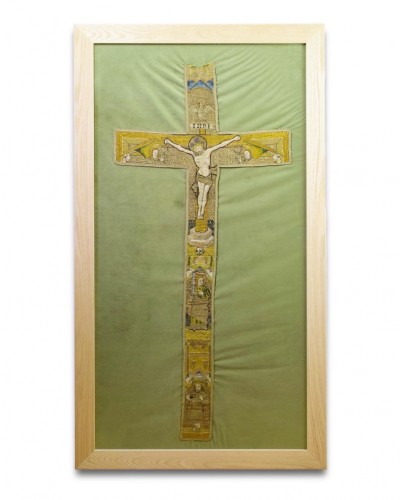 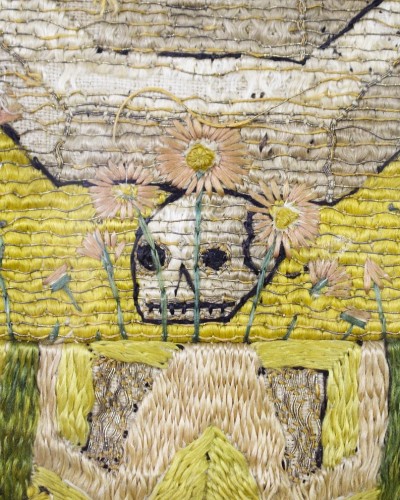 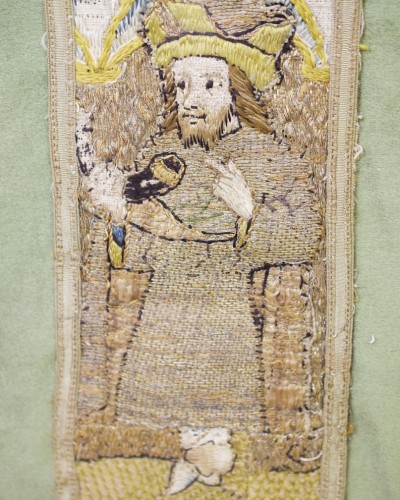 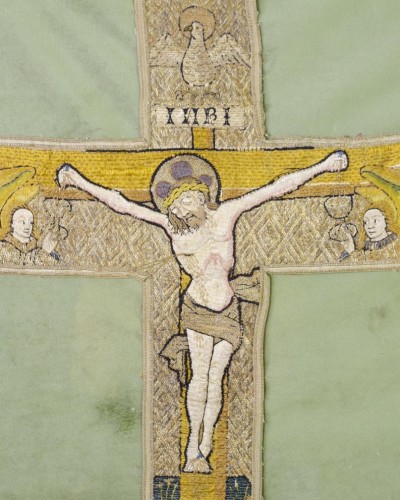 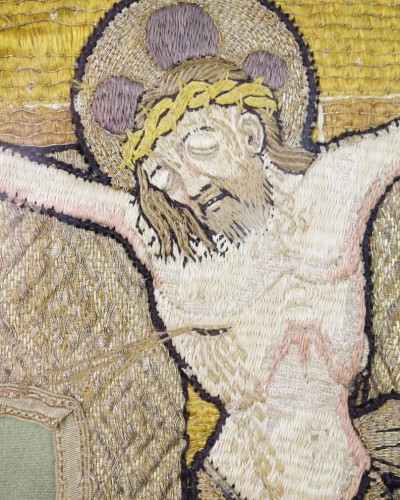 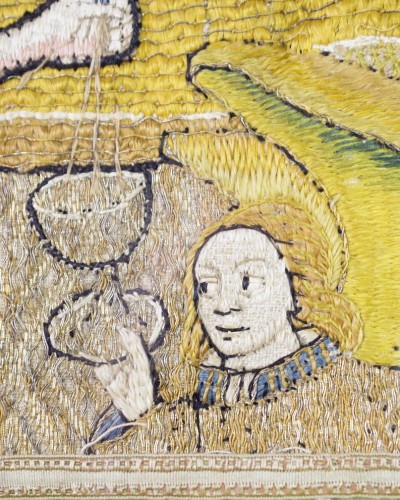 With a gentle curved top, Christ is shown upon the cross below a scroll inscribed ‘INRI’ (an abbreviation of ‘Jesus of Nazareth King of the Jews’ as placed by Pontius Pilate) with the dove (a symbol of the Holy Ghost) above. The figure of Christ is flanked by chalice bearing angels and above figures of Saint Hubert and possibly Saint Acisclus.

All on a gold ground and worked in split stitch and couching, polychrome floss silks and metal threads.

The orphrey is slightly reduced and set with later braided edging and applied to a piece of light green velvet, within a modern oak frame.

Orphrey panels are decorative bands using silk and metal threads, sometimes with metal thread grounds, and with further applique. They decorated the chasubles, dalmatics and copes, which were garments worn by the bishops and priests during Mass celebrations. Embroidery had been considered a craft that was acceptably practised by women and those of noble birth, in addition to male craftsmen. In convents it was authorised due to being devoted to worthy ends and not distracting from worship. Fine embroidery was not solely confined to convents, and professionals that were paid for their skills were recorded in secular communities and individual domestic settings. Royal workshops and specific English opus anglicanum workshops existed. This specific English technique of needlework was renowned in Medieval Europe and highly sophisticated, and unusually could use underside couching.  Small orphrey panels, amongst other pieces such as cushions and purses could have been produced by embroiderers working from their own homes. Patronage of Kings, Queens, Nobles and the church increased the numbers of women working within the skilled profession across Europe. The confraternity or guild existed for London embroiderers in the fourteenth century, though the charter was only set up in 1561, other statutes in Europe are recorded from 1292 onwards. 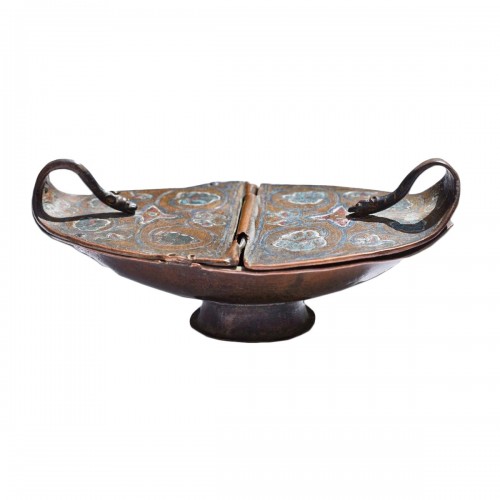