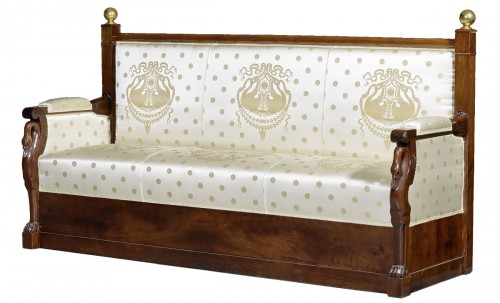 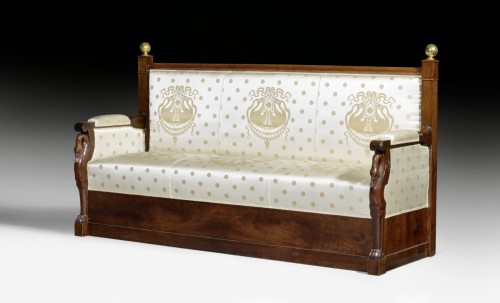 The renowned firm of Jacob-Desmalter only used the stamp of JACOB D. R. MESLEE between the years 1803 and 1813, at which time the celebrated Parisian ébénistes, based at rue Meslée, was run by Georges Jacob (1739-1814) and his son François-Honoré-Georges Jacob (1770-1841). Georges, who had made his name as one of the very finest menuisiers during the pre Revolutionary years retired in 1796, after which he handed his business on to his two sons, Georges II (1768-1803) and F-H-G Jacob. However the former died prematurely and thus Georges senior went back into business with the younger son up until his final retirement in 1813. Both Georges and François-Honoré-Georges (who took the names of Jacob-Desmalter) were the most innovative ébénistes of their time as testified by the present chairs which rely upon reinterpretations of classical prototypes within a modern framework.

As the leading firm of its day Jacob-Desmalter was heavily patronised by the Emperor Napoleon and also supplied work to many notable figures and rich Parisian bourgeoisie. Commissions also came from abroad, from Tsar Alexander I of Russia and Charles IV of Spain. Among the firm's most important surviving items are the Imperial throne at Fontainebleau, the jewel cabinet made for Marie-Louise and the display cases in the Cabinet des Antiques at the Bibliothèque Nationale, Paris. Jacob-Desmalter's work can also be admired in numerous other collections including the Châteaux de Compiègne, Fontainebleau, Malmaison, Versailles and Sceaux l'Ille-de-France as well as the Musées du Louvre, Mobile National, Grand Trianon, Napoléon and Tours. In addition, the Bibliothèque Marmottan, Banque de France, Ministère des Affaires Etrangères and the Palais d'Aranjuez in Spain are among many others to house work by this celebrated firm. 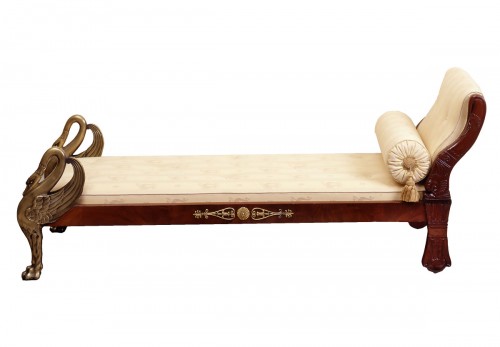 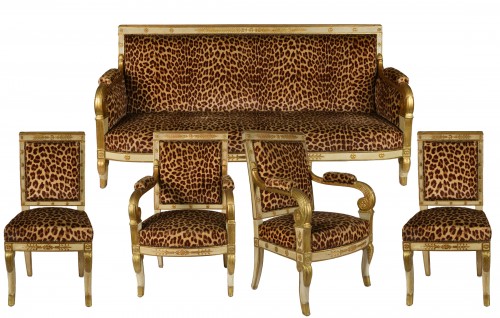 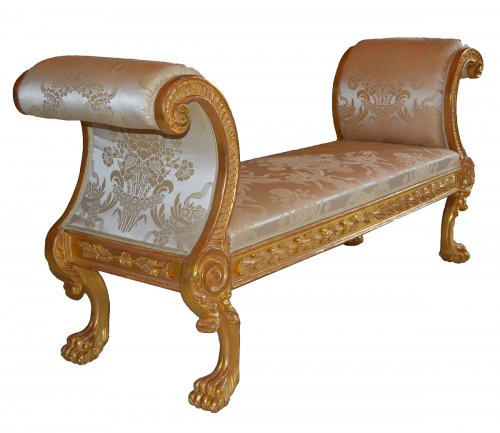