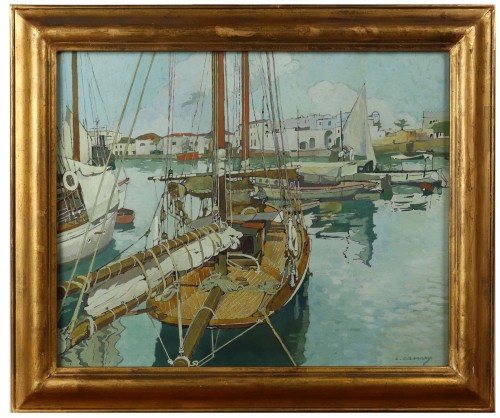 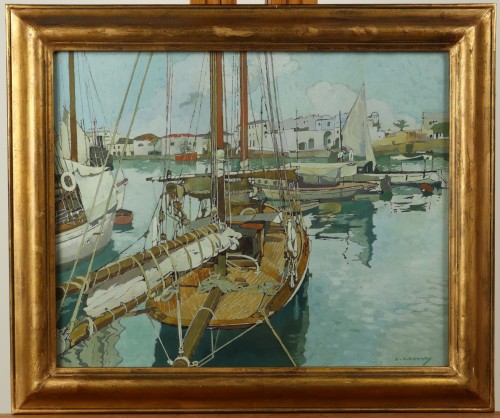 The port of Algiers, watercolor and gouache on paper by Léon Cauvy (1874-1933).
Léon Cauvy trained at the Ecole des Beaux-Arts in Montpellier and participated in numerous salons. The turning point in his career was when he was awarded a scholarship to the Villa Abd-el-Tif in Algiers, where he became director of the School of Fine Arts from the end of his residency until his death. His work is crossed by the picturesque and colored scenes of the Algerian daily life.
Frame dimensions : width : 49cm height : 41.5cm 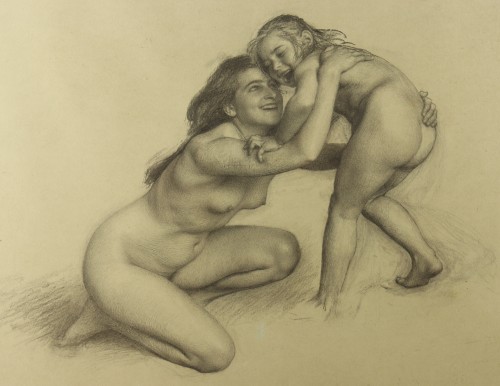 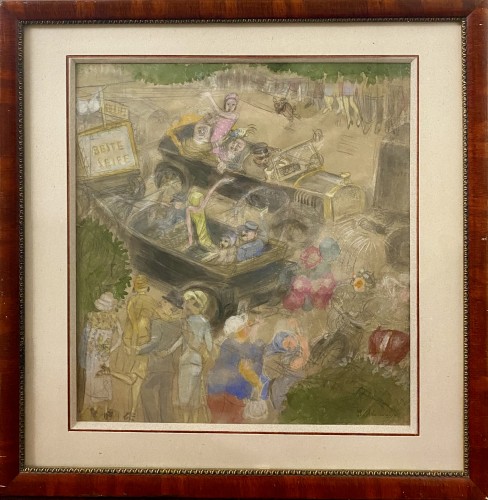 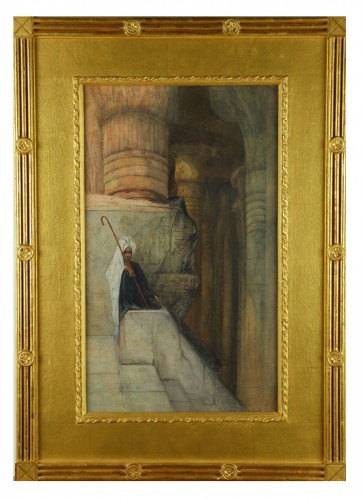